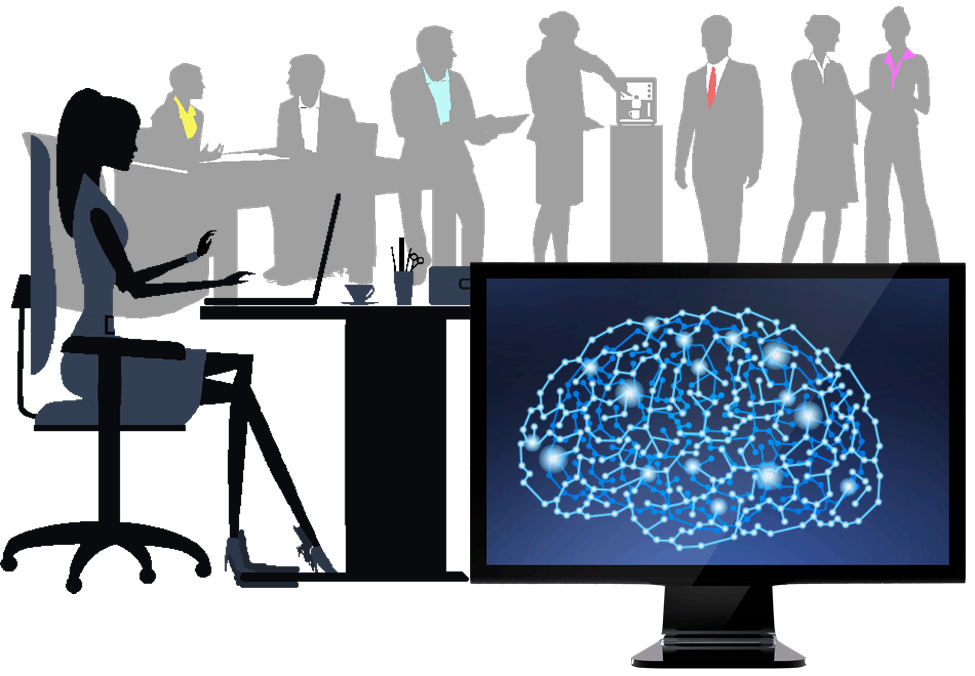 Cognitive Process Automation™ is needed in the Cognitive Era

“The automation of knowledge work will be this decade’s engine of growth,” according to the Institute for Robotic Process Automation (IRPA).[1] The Institute goes on to state, “By freeing up human labor to provide additional capacity for more strategic work, RPA simply creates more value with less investment.” I believe the Institute’s conclusion is on the right track; but, it doesn’t go far enough. The terms “robotic” and “automation” conjure up industrial age images ill-suited to the Cognitive Era. When somebody says something is “robotic” they mean something is mechanical, stiff, or unemotional. During the run-up to this year’s presidential election, one of the candidates was roundly criticized in the press and social media for his “robotic” performance. It wasn’t a compliment. The same holds true for the term “automation.” Dr. James Short, a Research Director at the Center for Large-Scale Data Systems Research Center in San Diego, believes, “Automation is an Industrial Age concept.” Commenting on Short’s observation, Thomas H. Davenport (@tdav), a Distinguished Professor at Babson College, writes, “The implication is that automation is good for businesses where there isn’t much change, or in which products don’t vary much over time. In other words, we’re talking about business in the 1950s or thereabouts.”[2] Put the terms together — as in, robotic process automation — and you get flashes of the past rather than flashes of the future. If, however, you change “robotic” to “cognitive” — as in Cognitive Process Automation™ (CPA) — the picture changes completely.

To understand what I mean by cognitive process automation, you have to first understand the basics of robotic process automation.” Leslie P. Willcocks, a Professor of Technology Work and Globalization at the London School of Economics, and Mary C. Lacity, Curators’ Professor of Information Systems at the University of Missouri-St. Louis, find the term a bit misleading. They write, “The term ‘Robotic Process Automation’ (RPA) connotes visions of physical robots wandering around offices doing the job of humans. However, the term really means automation of service tasks.”[3] They elaborate:

“Let’s think of business processes such as transferring data from multiple input sources such as email and spreadsheets to systems of record like Enterprise Resource Planning (ERP) and Customer Relationship Management (CRM). Here the term RPA most commonly refers to configuring software to do the job. RPA is relatively easy to adopt, but to gain maximum applicability human beings have to fit it with IT architecture and infrastructure.”

The Institute defines robotic process automation as “the application of technology that allows employees in a company to configure computer software or a ‘robot’ to capture and interpret existing applications for processing a transaction, manipulating data, triggering responses and communicating with other digital systems.” Cognitive process automation takes that concept a step further. Rather than using a “robot,” cognitive process automation uses a cognitive agent — one that can Sense, Think, Act, and Learn®. Another way of thinking about cognitive process automation is enhancing decision making. As Bain analysts, Michael C. Mankins and Lori Sherer (@lorisherer) note, decision making is one of the most important aspects of any business. “The best way to understand any company’s operations,” they write, “is to view them as a series of decisions.”[4] That’s what makes Cognitive Process Automation so powerful. Willcocks and Lacity assert, programmed correctly, basic RPA systems can function with the efficiency of “at least three full-time equivalent employees (FTEs) to high quality, without errors, multitasking and switching to other processes quickly. It requires strong internal capability to scale deployment and achieve continuous improvement.” That’s why IRPA asserts, “Any company that uses labor on a large scale for general knowledge process work, where people are performing high-volume, highly transactional process functions, will boost their capabilities and save money and time with robotic process automation software.” Those benefits hold true for cognitive process automation; but, CPA adds other benefits as well. Cognitive computing systems — like the Enterra Enterprise Cognitive System™ (ECS) — make ideal platforms to orchestrate cognitive process automation. And, like systems capable of providing RPA, cognitive systems can complement legacy systems. IRPA explains:

“Technologies like presentation-layer automation software — a technology that mimics the steps of a rules-based, non-subjective process without compromising the existing IT architecture — are able to consistently carry out prescribed functions and easily scale up or down to meet demand. Process automation can expedite back-office tasks in finance, procurement, supply chain management, accounting, customer service and human resources, including data entry, purchase order issuing, creation of online access credentials, or business processes that require ‘swivel-chair’ access to multiple existing systems.”

Even though Willcocks and Lacity note that an RPA system can operate with the equivalent capacity of three full-time equivalent employees, they also note that companies that have adopted RPA systems have experienced “little job loss, except through natural wastage, i.e., people leaving and not being replaced.” In other words, companies are using process automation to increase productivity by augmenting their workforce rather than replacing it. This is an important point at a time when shrill voices are claiming that automation is going to destroy all of our jobs and create widespread social turmoil. Cognitive process automation supports jobs sustainability by making workers more effective and freeing them to complete tasks and make decisions that actually require the human touch. Chris Boos (@boosc), CEO of Arago, notes, “[Process automation] moves the focus of automation up the value chain. At the same time, demand for IT experts is growing for even higher-value jobs, because most companies are struggling to keep up with high-tech development.”[5]

We are entering a period of turmoil and disruption during which industrial age organizations are transforming into information age digital enterprises. A number of technologies are converging that make this transformation an imperative. They include the Internet of Things (IoT), cognitive computing, process automation, machine learning, and advanced analytics. IBM CEO Ginni Rometty (@GinniRometty) asserts, “It is the dawn of a new era, the cognitive era.”[6] She defines the cognitive era as one in which “digital business” will be enhanced by “digital intelligence.” Vinodh Swaminathan, KPMG’s Managing Director of Innovation and Enterprise Solutions, agrees. “The cognitive systems era, which is the most exciting phase of enterprise transformation in more than a century, is upon us,” he writes. “Cognitive software mimics human activities such as perceiving, inferring, gathering evidence, hypothesizing, and reasoning. And when combined with advanced automation, these systems can be trained to execute judgment-intensive tasks.”[7] Cognitive process automation will be one of the important building blocks of the Cognitive Era.

Margaret Rouse (@WhatIsDotCom) observes that what distinguishes Cognitive Era process automation from traditional IT automation is a “software’s ability to be aware and adapt to changing circumstances, exceptions and new situations.”[8] She adds that Cognitive Era software can be “trained to capture and interpret the actions of specific processes in existing software applications, it can then manipulate data, trigger responses, initiate new actions and communicate with other systems autonomously.” Finally, she notes, Cognitive Era “software is especially useful for organizations that have many different, complicated systems that need to interact together fluidly.” By any measure, one can only conclude businesses are entering a brave, new world in which smart automation of all kinds is going to play a significant role. In the decades ahead, cognitive process automation may prove to be one of the most significant forms of automation for the digital enterprise.