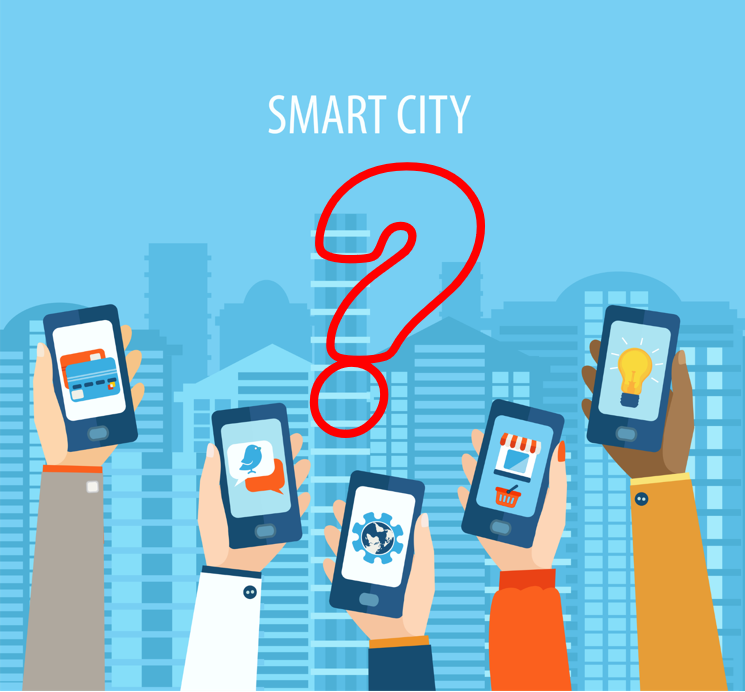 The term “smart city” is tossed around a lot during discussions about the future of urban environments. Nevertheless, people continue to ask questions like: What is a smart city? What makes a smart city? What are the essential characteristics of a smart city? In some ways, those questions are understandable. Cities are unique. London is different than Paris which is different than Beijing which is different than New York. Therefore, it should come as no surprise that cities would have different ideas about what they need to become “smart.” Some cities, like Barcelona, seem to have figured out their needs and already deserve the smart city title. Other cities are struggling to find answers. Marc Bielas (@MarcBielas), a Product Manager at Leverege, believes the best way to answer questions about smart cities is to remind ourselves why cities developed in the first place. “Before charging forward,” he asserts, “we must remember first to look backward. The stories of human development and urbanization are deeply intertwined.”[1] Historically, humankind has been drawn to cities; and, the sirens’ call of urban life continues. Bielas observes, “The World Bank reports that in 2017, 54 percent of the world’s population was urban. That’s over four billion people! In ‘developed countries,’ which lie at the center of our global economy, this number is much higher (North America’s average is 82 percent). At our current rate of over 1.3 million people moving to cities each week, the UN reports that the global percentage of humans living in urban areas will hit 68 percent or 6.3 Billion people by 2050.” Clearly, cities must deal with this influx of people; which is why smart city initiatives are garnering so much attention.

What are smart cities?

The simple answer to the question of what constitutes a smart is that it is a city that optimizes the operation of urban systems and processes and leverages technology to use resources wisely. Bielas lists the challenges faced by urban planners that make smart city initiatives an imperative. He writes:

“The rapid rise in urban populations has put an exceptional strain on our global infrastructure. Modern cities predominantly run on technology networks that are once- or twice-removed from the natural world, and that require massive capital expenditures, such as electric power or internet communication. Municipal leaders, e.g., transportation and water authorities, are running their legacy systems on overdrive. They’re allocating limited budgets to fighting fires when they could be making iterative advances toward complete structural overhauls. Those legacy systems need our problem-solving attention. Housing is becoming prohibitively expensive. Our electricity networks are outdated. … Greenhouse-gas emissions and other environmental challenges resulting from our ever-increasing reliance on pollutive sources of energy have already begun creating a class of climate refugees. These refugees are in turn absorbed by large cities, increasing demand for electricity and creating more strain on both our ecological and urban systems in an endless feedback loop of displacement. The host of problems that modern urbanites face have given rise to a new mental framework for solutions; a system through which the built environment adapts to meet our needs in the most environmentally, economically, and socially conscientious way. That framework is the ‘Smart City.’ This new class of approaches and technologies provides a much-needed lifeline for our cities and our world.”

Although Bielas is spot on about the urgency of addressing urban challenges, smart city initiatives are also about improving the quality of urban life in ways never before possible thanks to emerging technologies. Tim Sandle (@timsandle) explains, “The smart city concept is a wide ranging one. It is about using advances in technology to address the concerns of urban living, such as solving traffic congestion, reducing accidents, creating safer streets for pedestrians, and lowering crime rates. The concept is also about improving access to a wider stream of information, through an ‘always on’ approach for public information and wider connectivity.”[2] Although every city faces unique challenges, one thing each of them requires to become a smart city is access to broadband connectivity. Adie Tomer (@AdieTomer), a fellow at the Brookings Institution, and Rob Puentes (@rpuentes), President & CEO of EnoTrans, bluntly state, “No industry or household in the world, will reach their future potential without access to broadband, it is the electricity of the 21st century.”[3] Sandle adds, “Pressing challenges include connecting physical and digital infrastructure. Immediate questions include tackling security risks and privacy infringements.” Lior Zitzman, Director of Digital Audience at BigRentz, lists six essentials he believes most smart cities need to consider.[4] They are:

1. Smart Transportation and Mobility. “Traffic is one of the most prevalent concerns in cities. Congestion on the streets and highways not only leads to accidents but also to an excessive amount of CO2 emissions. To improve traffic flow, smart cities are implementing features like congestion sensors to divert vehicles, and smart parking meters to show available parking spots to drivers and to reduce driving and idling time.”

2. Autonomous Buildings. “Buildings are central to our everyday activities, but they also consume considerable energy.”

3. Streamlined and Responsive Utilities. “Water and electricity are central to our way of living, but they are often poorly managed. Using IoT, smart cities are monitoring energy use and adapting it to every situation.”

4. Environmental Harmony. “Considering our increased awareness of sustainability and global warming, smart cities use IoT to lower their carbon footprint. From filling their buildings with greenery to improving weather response planning, cities can monitor their pollution and CO2 levels.”

6. Public Engagement and Security. “Finally, smart cities in 2019 seek to improve the lives of their citizens. Whether that’s using connected cameras to help emergency responders or allowing users to communicate with the city through WiFi and wearables, smart cities increase the comfort, safety, and livelihoods of the people living in them.”

IBM believes cities are based on six core systems that should be optimized both individually and holistically, some of which were discussed by Zitzman. Those “systems” are: people; business; transport; communication; water; and energy. I would add a seventh system — waste management (which would include both trash and sanitation). You can make urban systems smart individually; but, the smartest cities will take a holistic approach to system integration.

“So, what is a smart city?” Zitzman asks. “Smart cities are interconnected hubs that coordinate IoT and the resulting data through public-private partnerships to solve real problems. From cutting down energy use to improving traffic conditions, smart cities improve the long-term health and the lives of urban residents worldwide.” There is a growing urgency to address these problems. Howard Elias (@EliasatDell), President of Dell Services and Digital, writes, “Unprecedented urbanization is compelling cities to fundamentally reimagine and transform for the future – and fast. … You don’t have to be a city planner to imagine the impact of urbanization on infrastructure, systems and resources. There are undoubtedly risks — increased pollution, poverty, crime and cost of living, among others. … Cities that take steps now to get smart and prepare can make way for economic growth, efficiency and a better quality of life for citizens.”[5]