I have written a number of posts about social entrepreneurism (see, for example, The Rise of the Social Entrepreneur, Venture Capitalist Philanthropy, and Global Social Entrepreneurs). Many of the people who have become social entrepreneurs have come out of engineering programs where one or more of their professors challenged them to find a solution to a pressing challenge in the developing world. Business school graduates also make up a large portion of the rising generation of social entrepreneurs. They are the subject of a recent Financial Times article [“MBAs bring fresh perspectives to global problems,” by Sarah Murray, 2 November 2009]. Murray writes:

“MBA courses that include elements of social entrepreneurship are on the rise. ‘From the 2001 to 2007 period, the increase was dramatic,’ says Rich Leimsider, director of the Centre for Business Education at the Aspen Institute, whose Beyond Grey Pinstripes tracks how business schools incorporate social and environmental issues into research projects and curricula. ‘Of all the issues we follow in the whole social and environmental space, social entrepreneurship is one of only two or three topics that has really exploded,’ he says. In research for the Beyond Grey Pinstripes survey, launched this month, the Aspen Institute found 46 courses with ‘social entrepreneurship’ in the title at 35 schools, with 1,215 students enrolled. ‘And there are dozens of other courses talking about social entrepreneurship,’ says Mr Leimsider. Schools are using various parts of the curriculum to expose their students to the principles of social entrepreneurship. Electives remain one of the most common means of doing so, with case studies that highlight pioneering leaders. And while a few years ago case studies documenting social enterprises were thin on the ground, these have been multiplying. In the UK, funding from the Pears Foundation will allow three schools – Cranfield School of Management, London Business School and Oxford University’s Saïd Business School – each to write nine case studies in this area.”

Learning about something like social entrepreneurism in a classroom is fine; but actually applying what you have learned is what really makes a difference. Murray notes that two good ways to motivate students into action are: first, exposing students to people who are actively involved in social entrepreneurial enterprises and, second, field trips. About these activities, she writes:

“Extra curricular activities also present opportunities for schools to bring social entrepreneurs onto campus. ‘It’s particularly important just to hear from entrepreneurs,’ says Yasmina Zaidman, a Stanford graduate who’s MBA includes a certificate in social enterprise. ‘You can get a sense of what they have experienced and what lessons they have learned.’ At the same time, most agree that on-the-ground experience is critical and many schools now provide opportunities for students to spend time in developing countries working with non-profits, non-governmental organizations or social entrepreneurs. At Cornell University’s Johnson School, for example, students travel to developing countries to work on projects such as a water purification implementation program in Africa.”

“Less evident are courses with a ‘how-to’ approach. However, some argue that schools should not overemphasize this method of teaching when it comes to preparing businesses leaders with a social mission. ‘I’m of the view you cannot teach entrepreneurship,’ says Pamela Hartigan, director of Saïd Business School’s Skoll Centre for Social Entrepreneurship. ‘But … you can learn it by being around entrepreneurial people.’ Prof Hartigan believes that social entrepreneurs are not born at business schools. ‘Entrepreneurs by nature are action oriented,’ she says. ‘They’re not wanting to sit around doing research on how many entrepreneurs fit on the head of a pin.’ She sees another role for schools – developing individuals who can play critical back seat roles in social enterprises.”

I tend to agree with Professor Hartigan. Expose a natural entrepreneur to an idea and he or she will find an opportunity to exploit. Entrepreneurs, however, need a cadre of people to help them implement their vision and those serving in supporting roles are no less important than the visionary in ensuring that objectives are achieved. Murray continues:

“Schools wanting to offer greater depth in their teaching of social entrepreneurship also need to find the right faculty – professors who can modify their finance, marketing or accounting classes to take account of pro-poor business models. ‘In a marketing course you might get taught about pricing from a profit maximization point of view. But if your goal is to achieve widespread social impact, profit maximization pricing may not be optimal,’ says Prof Dees. ‘So it’s a different way of thinking about these things.’ Another issue requiring a different way of thinking is the question of how social enterprises can raise capital, since that might mean tapping into philanthropic funding or seeking backing from social investors. ‘New kinds of capital are emerging and that’s not something that has been much discussed at business school in the past,’ says Ms Zaidman, who now works at Acumen Fund, a non-profit organization. ‘And it would be great to look at the intersection between what you’re learning in terms of accounting and finance and building businesses with socially oriented goals.’ This will not necessarily be easy for business schools.”

The reason it won’t be easy, Murray asserts, is because it requires faculty members in business schools to break out of their traditional disciplines and connect with people in other disciplines who also have an interest in promoting the welfare of the poor. As long-time readers of this blog know, I’m a big supporter of activities that approach challenges using a multi-disciplinary approach. I believe that the greatest leaps ahead are made at the boundaries of various disciplines. The more perspectives from which one views a particular challenge the better the solutions are that emerge. Despite the benefits of such an approach, Murray reports that it can be a risky path for professors seeking tenure. She continues:

“It means drawing on many different disciplines and finding faculty that can work across traditional academic boundaries. Moreover, for professors hoping to advance their careers, the multi-disciplinary approach is a risky one. ‘If you stay safely within a discipline, it’s very clear which journals you should publish in and how you should focus your work, but as soon as you start cutting across, it becomes difficult,’ says Prof Dees. But he argues it will be increasingly important for schools to enlist faculty with the desire and ability to work across traditional disciplines. “It’s not going to be easy because it is a transition and it requires more cross-sectoral and interdisciplinary work,’ he says. ‘But schools have to make themselves much more flexible around these topics if they’re going to continue to remain relevant and to be the destination for people who want to be the next leaders.'”

From all that I’ve read students and faculty who get involved in cross-sectoral and interdisciplinary curricula find them more interesting and exciting than traditional curricula that focus on a single discipline. Smart people like to be around other smart people and they love being exposed to new ideas and approaches. They are stimulated by new possibilities. If you’re a college student and have an idea about how to improve the world, you might want to direct your browser to the SocialEarth site and read about a contest where your idea could win you $50,000. Here’s the teaser from the site:

“Calling all socially innovative university students! The University of Texas and Dell are looking for college students from around the world who want to improve areas of critical human need through innovation. The competition is called the The Dell Social Innovation Competition and aims to help students better the world by improving their skills in project plan development, pitching ideas to investors and building resource networks. Plus, the chance to earn a hefty $50,000 in venture funding if they win.”

The SocialEarth site itself is an interesting place to surf around. It provides examples of all sorts of ideas aimed at making the world a better place to live. One of the points that comes through clearly on the site is that you don’t have to travel to the third world to make the world a better place — you can begin in your own neighborhood. And if you’re really good at what you do, you might be able to make a profit at the same time. At least that was the thrust of an article in The Economist last January [“Change we can profit from,” 31 January 2009 — the link only works if are a subscriber]. The article talks about two social entrepreneurs “Brent Schulkin, a self-described ‘road warrior turned activist’, and Steve Newcomb, a Silicon Valley serial entrepreneur. … Newcomb says he wanted to do more than just start another technology company; he wanted to do well by doing good.” The men started a for-profit company named Virgance that supports community-related campaigns. Two such campaigns in San Francisco were Carrotmob and 1BOG. Carrotmob motivates “crowds of activists [to] buy everything in the winning shop in a contest between retailers to [see which is the] greenest.” The other campaign, 1BOG, which stands for One Block Off the Grid, “aims to convince homeowners to switch to solar energy one block at a time, by organizing them into buying clubs. Members get a discount on solar panels, and typically try to get their neighbors to sign up too.” The article concludes:

“The revenue model varies according to the nature of the campaign. Carrotmob is suitable for paid sponsorship by firms that want cause-related branding. 1BOG gives Virgance a slice of the discount it negotiates from clean-tech providers. Another campaign, Lend Me Some Sugar, is based on a Facebook application that gives users virtual sugar cubes for donation to a cause of their choosing. A sponsoring firm then turns sugar cubes into dollars from its corporate social responsibility budget; Virgance is paid to organize the process. A fourth idea is to set up a green venture fund on Facebook, in which users will be invited to invest as little as $100. Virgance will take a cut of any investment profits. Mr Newcomb says being a for-profit company enables it to grow faster and achieve more social impact than a non-profit, because it can afford to pay its employees competitive salaries and can raise capital from investors, rather than relying on donations. It is part of a trend: other for-profit do-gooders include Bono’s (RED) brand, which raises money for the Global Fund on Tuberculosis, AIDS and Malaria, and the Facebook Causes application, which makes it easier for people to donate to their favorite charities.” 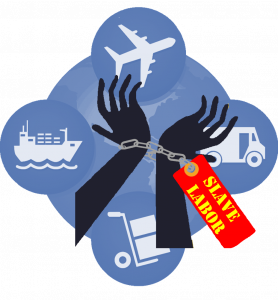 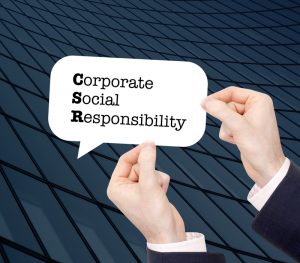 One of the characteristics associated with members of younger generations is their commitment to social causes. Journalist Nicole Schuman (@Buffalogal) reports, “Consumer loyalty could shift