A couple of years ago Enterra Solutions® Senior Director for Communications and Research, Bradd Hayes, supported a Chief of Naval Operations (CNO) effort to develop a new maritime strategy. Specifically, he helped support a series of events that were labeled “A Conversation with the Country.” The main driver behind these “conversations,” was now-retired Vice Admiral John Morgan, USN, who was then serving as the Deputy Chief of Naval Operations for Information, Plans and Strategy. During these events, Morgan often made the point that if a person flew from Miami to Rio de Janeiro his or her location was precisely known from the moment they checked in through security at Miami International until they departed the terminal in Rio. On the other hand, that same person could board a ship in the port of Miami headed for Rio and their whereabouts might not always be known precisely until they arrived. His point was that persistent ocean surveillance simply didn’t exist. The United States Navy is trying to eliminate that security shortfall.

In 2005, Admiral H.G. “Harry” Ulrich III, USN, (Ret.), who was at the time Commander of United States Naval Forces in Europe, identified the critical need to develop a system that could track ship activity. Such a system would identify threats to the maritime domain as early and as distant from shore as possible by integrating intelligence, surveillance, observation, and navigation systems into a common operating platform. With a limited budget and timeframe, Ulrich partnered with the Volpe Center of the U.S. Department of Transportation’s Research and Innovative Technology Administration to develop an appropriate, cost effective technology and system. Their efforts resulted in a promising start for persistent ocean surveillance and he and the Volpe Center were awarded the 2008 Innovations in American Government Award from the Ash Institute for Democratic Governance and Innovation at Harvard University’s Kennedy School of Government. This award speaks to the success of the initiative, which today has the participation of over 50 countries and tracks over 14,000 ships in a real-time environment.

Persistent ocean surveillance is a large and difficult challenge. The Navy is now working on a Broad Area Maritime Surveillance (BAMS) program that will utilize unmanned aircraft to provide around the clock coverage of the world’s oceans. The program is scheduled to take a decade to fully implement [“All day, all night,” by Jim Hodges, C4ISR Journal, March 2009].

“In the next decade, these freshly designed versions of Northrop Grumman’s Global Hawk are scheduled to begin flying circular or oval patterns 24 hours a day out to a distance of 2,000 nautical miles from five land-based control stations. Under the $1.16 billion plan, two aircraft each would fly 10,000 miles within the coverage areas at speeds up to 340 knots. … Most important, the BAMS aircraft would scour their coverage zones to a range that would be impossible with piloted craft alone. The BAMS planes would view a large portion of the coverage area continuously, and they would be able to reach anywhere within the area, according to Northrop.”

BAMS data would provide another input into a system that provides a common operation picture like one developed by Admiral Ulrich and the Volpe Center. To try and speed BAMS implementation, Navy officials are trying to kludge together existing technologies.

“2012 will be a critical year for the program. That’s when the contract calls for Northrop to deliver a ground station and two test aircraft. For its part, Northrop is exuding confidence. The 2,000-nautical-mile radius is the Navy’s initial goal, but Northrop thinks it can provide coverage out to 3,000 nautical miles. Until the test aircraft fly, no one can say for certain how BAMS will perform. During the industry competition, Pentagon managers gave the Navy a waiver from a requirement for competitive prototyping. The Navy argued that the candidate airframes were derivatives of aircraft operating in the military inventory and that the sensors would be based on components of existing systems or entire systems already used by the military.”

Putting existing technologies together in a new way is a tried and proven innovation technique. It doesn’t always guarantee success, but the technique has proven useful in the past. Having studied a number of innovations adapted by the Navy in the past, Bradd Hayes concluded that many “innovators recognize, rather than invent, innovations and possess unique technical expertise in the area of innovation” [The Politics of Naval Innovation, U.S. Naval War College, 1994]. The Navy is eventually looking to acquire 68 aircraft with accompanying sensors, communications suite and ground stations. Despite its high hopes for the unmanned aircraft, the Navy is not resting its entire maritime surveillance plan on BAMS. It is also buying the manned P-8 Multi-mission Maritime Aircraft being built by Boeing to complement BAMS aircraft. Command and control over BAMS unmanned aircraft will be over the constellation of Wideband Global Satcom spacecraft the U.S. has started launching.

Gathering data is probably the easiest part of surveillance. Sharing, fusing, and interpreting the data then providing it to the right people in a timely manner are much more difficult challenges. The very size of the maritime theater increases this challenge. The global maritime supply chain (sometimes referred to as the maritime transportation system) is the vascular network through which courses the lifeblood of the world’s economy. At the heart of this circulatory system is America’s economy. The United States remains the world’s most active trading nation. In 2005-2006, a total of $2.6 trillion worth of imports and exports passed through its ports. By volume, this represented 22 percent of annual global seaborne trade, half of which comprised manufactured goods carried in over 9 million shipping containers (commonly called twenty-foot equivalent units or TEUs). This volume requires the daily handling of more than 25,000 containers through American ports. Although shipping volume has declined as the recession deepens, keeping goods flowing over the oceans and through the world’s ports is an important part of the success of globalization. Globalization’s competitive landscape requires companies to be both efficient and effective, meaning that the supply chain supporting their needs must be reliable, trusted, and efficient. Global economic health – not just the economic health of the U.S. – relies on a robust, resilient, and secure global maritime supply chain.

With so many players involved from start to finish in the global maritime supply chain, the demands for information sharing are enormous. Without information sharing, public/private collaboration is not possible. Information sharing, however, raises concerns on all sides. Commercial interests fear sharing proprietary information that could be leaked to competitors. Government interests are concerned that vital security information or sources could be leaked to the very parties at which security measures are aimed. As a result, an information sharing scheme must be capable of generating trust on multiple levels. The solution to this problem appears to be a secure information sharing framework using Attribute-Based Access Control (ABAC). The National Institute of Standards and Technology (NIST) has published a Special Publication [(SP) 800-95, Guide to Secure Web Services] that seeks to assist organizations in understanding the challenges in integrating information security practices into Service Oriented Architecture (SOA) design and development based on Web services. ABAC is discussed in this publication.

The goal of an Attribute-Based Access Control framework is to provide a community the ability to manage secure information and resource exchange while instilling confidence among information owners that only authorized users can access appropriate data and information. Role-based access control (RBAC) functions accomplish this today for stand-alone systems and enterprises but do not scale for enterprise and multi-party communities that need to share real-time data at a granular level (e.g., individual document) and/or under specific conditions. ABAC frameworks deal with both granularity and scalability challenges and are able to address dynamic situations. Because information owners retain control over access to their information, authority is inherently distributed and managed. ABAC, however, provides a means for information granting authority to determine and specify who gets access and when. As a result, while control policies are centralized, decentralized resource owners retain fine-grained control of their own information. ABAC is a concept of great interest to Enterra Solutions since part of our business deals with information sharing as well as establishing trusted supply chains and maritime security. Successful ABAC-enabled Secure Information Sharing frameworks will be critical when the global economy recovers. As the economy heats up and cargo ships are again heavily laden with TEUs, making sure that global goods move swiftly and securely from point of origin to point of debarkation will be critical for sustaining economic growth and improving global supply line resilience. 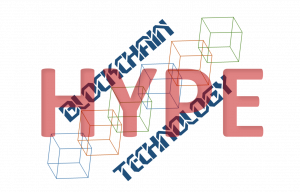 Beyond the Blockchain Hype

New technologies are always subject to hype and blockchain (aka distributed ledger) technology is no different. Matthew Lieberman (@MBLieberman), an Advisory Marketing Leader at PwC, 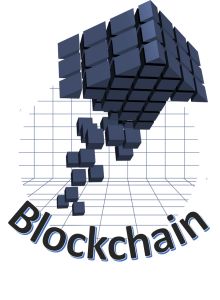