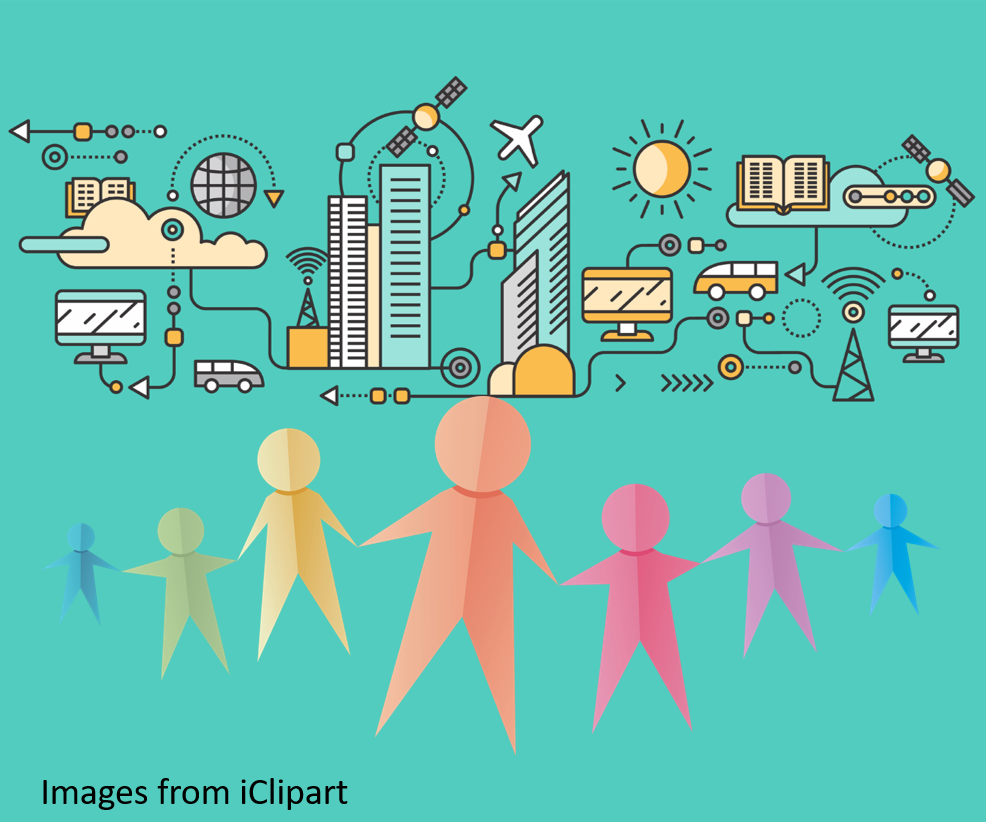 People Need to be Smart when Building Smart Cities

People continue to flock to cities looking for work and a better way of life. This migration from rural to urban areas is stressing cities like never before and making the wise use of limited resources an imperative. Rabbil Sikdar (@rabbil_sikdar) reports an IDC study predicts, “Smart cities are set to become the norm by 2025.”[1] Considering all the obstacles facing metropolitan areas, the IDC prediction sounds overly optimistic unless by “norm” the authors mean a majority of cities will be striving to become smarter by 2025 even if they haven’t achieved full smart city status. What rings truer is the study’s prediction that data will play an increasingly significant role in our daily lives. Sikdar explains, “The authors of the report said that data will not only accelerate the opening of new opportunities but also be critical in protecting daily lives. The report predicted that by 2025, nearly a fifth of the data generated worldwide will be marked as ‘critical’ to the daily life, and nearly a tenth being seen as ‘hypercritical’. Sectors such as healthcare will markedly benefit from smart cities and reportedly, the average person in 2025 will interact with connected devices nearly 4,800 times a day, which roughly amounts to an interaction every 18 seconds.” Having access to data is a necessary, but not sufficient, foundation for what could rightfully be called a smart city.

I reluctantly use the term “building a smart city.” Most cities already exist and must contend with historical plats, legacy systems, and in-place infrastructure. City planners don’t have the luxury of building a smart city from scratch. Andrew Till, Vice President of Technology, Partnerships & New Solutions at Harman Connected Services, writes, “One might argue that the only way [to build a smart city] is to construct the city from the ground up, allowing individual sectors and entities within those sectors to become smart one by one — from transit improvements to commercial building upgrades to connectivity in public recreational spaces. This is a more organic approach that arguably demands less planning, time and money upfront.”[2] Unfortunately, few cities have the option of building from the ground up and, as Till goes on to explain, a holistic rather than organic approach is needed. He explains, “A smart city should be an ecosystem in which components of all sectors seamlessly integrate. If this doesn’t sound simple, that’s because it’s not. In order to achieve this feat — to achieve a truly connected, integrated city — an approach prioritizing holistic design and planning is critical.”

Harvard Business School professor, John Macomber (@cleantechcities), agrees a holistic approach is best. Unfortunately, he notes, “[Cities] tend to be both siloed (so departments don’t work on solutions together, let alone work in conjunction with pilot project sponsors) and strapped for cash (so there is no budget for experimentation). This constraint means that city leaders often can’t take the lead in fully vetting, designing, and overseeing new technologies and business models.”[3] The result, he notes, allows aggressive vendors to promote solutions that solidify departmental silos. He isn’t opposed to commercial vendors. In fact, he believes public-private partnerships can lead to smarter cities; nevertheless, he insists those partnership efforts should promote holistic solutions taking into account three dimensions: characteristics of cities, capital requirements for various initiatives, and the decision-making process. He further suggests “decision makers in these initiatives [should] follow an analytical sequence of situation, solution, and sovereignty.” He explains:

Situation. “First, cities are not alike and it’s naïve to approach either decision making or smart city technology (or investing) without this consideration. As McKinsey & Co. authors pointed out in a recent article on The Future(s) of Mobility, mayors, investors, and companies need to examine at least four combinations of wealth, growth, and density:

Solution. “Second, technology projects are quite different not only in the ambition of their programming, but also in terms of capital required, who pays for what, and who benefits. ‘Wi-Fi everywhere’ is a lot cheaper to install than a state-of-the-art storm water management and flood resilience program. These are solutions — the how and the why. Considerations of ‘how expensive’ and ‘why this is good for citizens’ vary immensely and can’t just be lumped into some pool of tech dreams of the smart city industry.”

Sovereignty. “Third, and most overlooked, is the question of sovereignty. In any given location, who decides what gets done? Which decisions will be made by innovators from the private sector, by visionaries in civic entrepreneurship, on apps, by public acclaim, or ‘other’? Some technologies seem to percolate up on their own — most notably shared-economy ideas like Airbnb and Uber. No government planned these, but it’s hard to argue that Uber is not part of transportation infrastructure in many cities. Other technologies need central investment and control — for example, congestion pricing and traffic signal coordination seen in London or Singapore. That kind of integrated solution is hard for an upstart firm to accomplish on its own.”

Till adds one other dimension to keep in mind: user experience. He explains, “The city itself must be structured to complement the priorities of its citizens. This means city governments and planners (designers) must engage with local residents. It’s critical to think about their user journeys and stay close to what would improve their lives and make them happy.”

The rubber really meets the road when funding enters the picture. William Eichler reports a survey by Philips Lighting and SmartCitiesWorld found, “One in 10 local authority representatives — out of 150 key influencers from around the world — stated they did not have the capacity to look at developing a smart city program. The most common inhibiting factors were budget limitations (23%) and the need for more supporting infrastructure (19%).”[4] Macomber admits public/private partnerships will only work if the prospects of having a return on investment are promising. He writes, “To effectively work together to improve society and, crucially, attract outside money to do so, … effort[s] need to follow a thoughtful situation-solution-sovereignty roadmap. Coupled with investments based on understanding of payment, predictability, and permissions, this will illuminate the path to attracting capital — a lot of capital — to smart city infrastructure investments all over the world.” The Philips Lighting / SmartCitiesWorld survey concluded, “The rewards of becoming a smart city were potentially very high.” To bolster that claim, the study’s authors note, “Barcelona, for example, created an estimated 47,000 jobs through the implementation of Internet of Things (IoT) systems. The city also saved €42.5m (£37.6m) on water and generated an extra €36.5m (£32.3m) a year through smart parking.” Savings are also going to be found in more efficient water systems, electrical grids, and waste management.

Till notes, “Not every component of a city can or needs to transform at once — but bear in mind the long game with each step. … Each step forward should be taken mindfully and keep in mind the bigger picture. You can build a smart city in fragments so long as you don’t design it that way — that way each piece fits into the same puzzle and unfolds into one overall vision. … There are downsides to building a city piecemeal; it can prevent integration and compatibility of various components and sectors within that city down the road, potentially hindering rather than improving efficiency.” Taking a holistic approach to building a smart city will help eliminate or minimize integration challenges. That’s why people need to be smart when building smart cities.