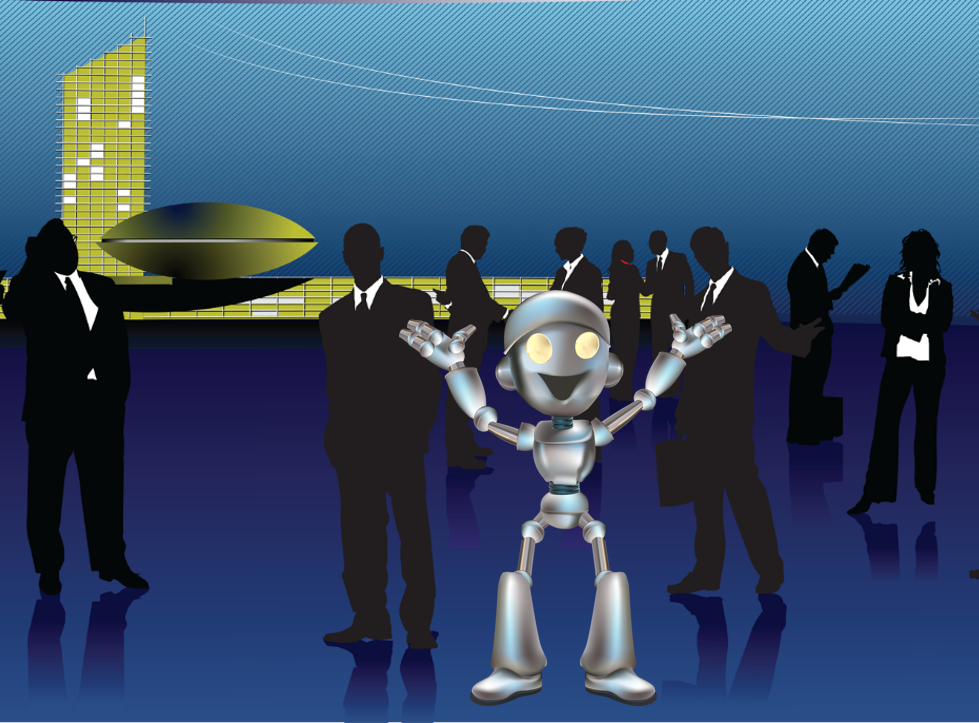 Partnering Humans and Robots together in the Workplace

“Perhaps no company embodies the anxieties and hopes around automation better than Amazon,” writes Nick Wingfield (@nickwingfield) in the New York Times. The anxieties associated with automation — things like robots, robotic process automation, and cognitive computing — are mostly associated with anticipated job losses. Some analysts have predicted workplaces devoid of human employees. The result could be large segments of society permanently unemployed resulting in social chaos leading to the collapse of the global economy. This dark picture of the future is scary; but, it isn’t inevitable. Anecdotal evidence, including from Amazon, paints a different picture of the future — one in which robots and humans collaborate in the workplace.

Collaboration between Humans and Robots

Wingfield notes, “Amazon is … on the forefront of automation, finding new ways of getting robots to do the work once handled by employees. … The robots make warehouse work less tedious and physically taxing, while also enabling the kinds of efficiency gains that let a customer order dental floss after breakfast and receive it before dinner.” Even as Amazon invests in automation technologies, the company is also on a hiring spree. Wingfield describes how this results in a workplace characterized by human/machine collaboration:

“The dynamics between people and machines play out on a daily basis on the floor of Amazon warehouses in places like Florence, N.J., and Kent, Wash. In Kent, the robots vaguely resemble giant beetles and scurry around with vertical shelves loaded with merchandise weighing up to 3,000 pounds on their backs. Hundreds of them move autonomously inside a large caged area, tailgating each other but not colliding. On one edge of the cage, a group of human workers — the ‘stowers’ — stuff products onto the shelves, replenishing their inventory. The robots whisk those shelves away and when a customer order arrives for products stored on their backs, they queue up at stations on another edge of the cage like cars waiting to go through a toll both. There, human ‘pickers’ follow instructions on computer screens, grabbing items off the shelves and putting them in plastic bins, which then disappear on conveyor belts destined for ‘packers,’ people who put the products in cardboard boxes bound for customers.”

McKinsey analysts, Michael Chui (@mchui), Katy George, James Manyika, and Mehdi Miremadi, insist the type of human/machine collaboration witnessed in Amazon warehouses is not unique but characterizes how the future workplace will likely evolve. They write, “Today, we are on the cusp of a new automation era: rapid advances in robotics, artificial intelligence, and machine learning are enabling machines to match or outperform humans in a range of work activities, including ones requiring cognitive capabilities. … New technologies are opening a new era in automation for manufacturers, one in which humans and machines will increasingly work side by side.”[2] Often workers displaced by automation find themselves thrust into new, more challenging positions in the same company. David Weldon (@DWeldon646), citing a report by Forrester analyst J. P. Gownder, notes, “Even employees who haven’t lost or gained a job due to automation will be profoundly influenced by it.”[3] He explains, “Forrester calls this ‘working side by side with robots,’ and it refers to how automation transforms existing jobs by removing certain tasks from an employee’s responsibilities.” Job transformation generally requires some reskilling and/or retraining. Jeff Schwartz (@JL_Schwartz), principal and global leader for human capital marketing, eminence, and brand at Deloitte Consulting LLP, notes that retraining is becoming a significant challenge. “While the adoption of robotics is happening quickly,” he explains, “many companies’ ability to re-skill and reorganize around automation lags behind.”[4]

Gownder observes, “Because of automation, your company is likely to eliminate jobs, … but not necessarily via layoffs. Many of these jobs will be ‘lost’ in the sense that, absent automation, they would otherwise have materialized over time. One company told us that it reduced employment in a shared service function by 8 percent and capped future hiring but gained far more efficiency for those remaining.” When jobs are eliminated rather than transformed, thus displacing workers, those workers often need to find new employment.

Changing jobs is never easy, especially if new skills are required. Helen Barrett (@helenbarrett) writes, “Changing careers is difficult, lonely, daunting and expensive.”[4] Nevertheless, she suggests anybody entering the workforce today should get used to changing jobs. “Thanks to automation and the forces of globalization,” she explains, “working life is impermanent and unpredictable, and will only become more so. That is daunting, but it is also liberating. We are increasingly willing to take control. … Many of us with jobs live with the impermanent nature of work. It makes sense to seek protection by reinventing ourselves before someone else decides we are dispensable.” Weldon agrees with that assessment. “While the use of automation and artificial intelligence technologies is increasing,” he writes, “they will become widely used in the coming years and have a profound impact on the workforce and job security. Many low skill jobs will be lost. Some new highly skilled jobs will be created. Most jobs will be impacted to some degree.”[4]

Schwartz believes wherever humans find themselves working, they are likely to be collaborating with machines. “The nature of work is changing,” he explains. “As artificial intelligence (AI), robotics, and cognitive tools grow in sophistication, almost every job is being reinvented, creating what many call the augmented workforce.”[5] Supporting this notion, Dave Clark, the executive in charge of operations at Amazon, told Wingfield “the company wanted the machines to perform the most monotonous tasks, leaving people to do jobs that engage them mentally. … Clark said history showed that automation increases productivity and, in some cases, demand from consumers, which ultimately creates more jobs. He said warehouse workers would continue to work in technologically rich environments. ‘It’s a myth that automation destroys net job growth,’ he said.” Gownder agrees jobs are going to be created — an estimated 14.9 million new jobs in the US by 2027. So far, dire predictions of huge job losses significantly outweighing jobs gains have not proven accurate.[6] We are, however, still in the early stages of intelligent automation.

Mounting evidence supports the notion that the future workplace will be characterized by human/machine collaboration. It’s a workplace that should be encouraged. Many analysts have made the point that a future pitting humans against machines is one in which humankind will be on the losing end. On the other hand, they assert humans working with machines could create a much brighter future. That is the future we should be striving to create.