On the Digital Path to Purchase, CPG are Firms Moving Slowly

“The consumer path to purchase has become complicated in the digital age.” asserts Kinga Hulewicz (@KingaHulewicz). “Consumers have become savvier, taking more time to research products and services before they buy any. To boost online purchasing rates, it is no longer just about SEO and getting them to your website, although that is still a factor. You must consider and plan your marketing based on the entire path a consumer will take before they make a buying decision.” [“How to Plan Consumer Path to Boost Purchase Rates,” Business2Community (B2C), 9 September 2014] Further complicating the matter is the fact that consumers can jump on and off the digital path to purchase at any point and at any time. Complicated as it may be analysts from the Boston Consulting Group (BCG), Google, and Information Resources Inc. (IRI) indicate “the digital revolution is penetrating the consumer packaged goods space more and more” and CPG companies don’t have much time to figure out how they “can best position themselves for growth and unlock digital and e-commerce opportunities.” [“Digital Is the Future for CPG Companies, And They Need to Plan for It Now,” SupplyChainBrain, 3 September 2014]

If digitalization and e-commerce are so important for CPG firms, E.J. Shultz (@ejschultz3) asks, “Why have big brands been so slow to implement e-commerce strategies?” [“Packaged-Goods Marketers Wade Warily Into E-commerce,” Advertising Age, 16 September 2014] That question may have been rhetorical since he goes on to offer one explanation. He writes:

“There are major questions about marketers’ ability — and will — to overcome the executional challenges of online grocery selling, which requires vastly different marketing strategies than operating in physical stores. No longer is it about promotional spending and free-standing inserts; the e-marketer operates in a world where search is the new shelf space and the online retailer controls the consumer relationship.”

Shultz reports that Campbell Soup Company CEO Denise Morrison admitted to analysts, “Finally, after decade of transformational impact on other sectors of the economy, the new frontier of e-commerce has come to food. Ready or not, our industry must do a much better job of leveraging this channel.” To learn more about on-line grocery shopping, read my posts entitled “Online Grocery Shopping: Is That Your Supper in the Mailbox?” and “Grocery Shopping: The Digital Path to Purchase is Here and It’s Mobile.” Even though CPG executives recognize that change is upon them, they are reluctant to tinker with a system that has proven successful in the past. Shultz explains:

“Changing big food’s mindset is a tall order, said a former food-company executive who also has experience working for a retailer. ‘National media dollars have to start shifting, so that the call to action for the customer isn’t “Hey, come to our website,” it’s “Buy this at Amazon,”‘ this person said. But ‘it’s just so hard to jump into the future when so much of your cash comes from the past.’ … Brands are reluctant to abandon tried-and-true shopper marketing methods, like promoting goods in free-standing inserts, which have reliable return-on-investment metrics, according to experts. ‘There is a perception of risk,’ said Brian Cohen, exec VP of Catapult eCommerce, a CPG-focused e-commerce practice within Catapult Marketing, which is owned by Epsilon. ‘You’ve got years of history that tells you that “If I put an FSI out, this is the kind of redemption I’m going to get.” I can plan against that. [But] nobody is willing to take their entire FSI budget out and put it toward Amazon as the media vehicle.'”

Patrick Hadlock, Shankar Raja, Bob Black, Jeff Gell, Paul Gormley, Ben Sprecher, Krishnakumar (KK) S. Davey, and Jamil Satchu, authors of a cooperative Boston Consulting Group, Google, and Information Resources Inc. (IRI) study entitled “The Digital Future: A Game Plan for Consumer Packaged Goods,” report that, in 2013, online buying comprised only 1% of the $666 billion in consumer-packaged-goods sales. They go on to predict, “Digital’s current 1 percent penetration will likely expand to 5 percent and could accelerate to as much as 10 percent in short order.” They conclude, “Digital penetration of 5 percent represents nearly one-half of total CPG growth during the next five years, meaning that companies without an effective digital capability risk stagnation, loss of share and even shrinking sales. Early movers, on the other hand, have the opportunity to establish leading positions that will be difficult for others to infiltrate.”

CPG manufacturers and established marketing firms are reluctant to be too heavy-handed when it comes to implementing e-commerce strategies because they remain reliant on traditional retailers for most of their business. Shultz explains:

“Marketers run the risk of upsetting their traditional retail partners such as Walmart and Target if they invest too much in Amazon. Procter & Gamble, for instance, lost favorable shelf-space treatment at Target after it struck a deal to allow Amazon to ship directly from P&G warehouses, according to a February report in The Wall Street Journal, which noted that the dispute later ‘de-escalated.'”

Since the fight for favorable shelf space remains one of the primary battlegrounds in CPG retailing, one can understand why caution is the word of the day. Shultz reports, however, that caution may need to be thrown to the wind. He writes:

“Brands might not have a choice but to engage with Amazon, which is aggressively eyeing CPG growth with offerings like Prime Pantry, which launched earlier this year and allows users to select 45 pounds worth of food and household products and have it delivered within four business days for a $5.99 delivery fee. Another service, called AmazonFresh, available in Seattle, Los Angeles and the San Francisco Bay Area, offers same-day delivery on items including fresh foods. Sanford C. Bernstein projected that Amazon has the potential to profitably target CPG sales, including fresh food, in 47% of the U.S. market. The former food-company executive said that until more food-company marketing spending shifts to e-commerce, ‘you are not going to see big action, you are just going to see big talk.’ While marketers are talking more openly about e-commerce opportunities, they are keeping their strategies secret.”

Looking at the big picture only a small amount of food, beverages, and other CPG goods are being sold on line. So what’s the big deal? According to Schultz, online sales will eventually disrupt the CPG sector and companies that aren’t prepared will be left behind. He explains:

“The trend is disruptive because tactics that have long worked in stores do not work online. With in-store marketing, the goal is to interrupt a shopper with a sign or display, which is difficult to do online, Mr. Cohen said. ‘They are not walking down aisles … they are using search bars. They are going straight to a category and then to a brand.’ For instance, while shopping on Amazon, most people would first search for ‘bottled water’ before entering Aquafina, he said. So it is critical for marketers to get their brands to display on the first page of search results, which accounts for 81% of consumer clicks, according to One Click Retail data published in a recent report by Sanford C. Bernstein. The first three items displayed account for 64% of clicks. ‘Search rankings are the new shelf space,’ the report stated.”

The other reason that CPG e-commerce will be disruptive Schultz explains is because it shifts the power from the brand to the retailer. John Burbank, president of Nielsen Strategic Initiatives, told Shultz that when it comes to e-commerce, “It’s the retailer who’s got the relationship with the consumer, and not [the brand]. The balance of power is shifting.” That’s why manufacturers, as reluctant as they may be, need to begin establishing their own relationships with customers. There is still a lot to be worked out in the online CPG retail space; but, waiting for others to figure it out for you is probably not a good idea. Schultz reports that a study conducted by analysts from Sanford C. Bernstein concluded, “Latecomers to this game may need to overcome significant first-mover advantages of the incumbents in order to compete, which entails large upfront investments and often leads to limited results.” Perhaps there is a bit of truth in the adage: “He who hesitates is lost.” 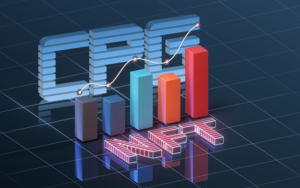 The digital world is changing how we interact with one another — both virtually and physically. It is also changing how consumer packaged goods (CPG) 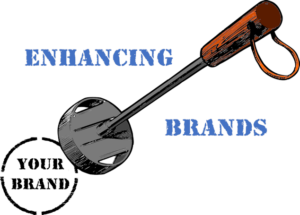 Early in the COVID-19 pandemic, consumers made a run on some products (e.g., toilet paper) leaving store shelves empty and consumers looking for alternatives. As