According to Neil Deverill, a columnist for a magazine called Procurement Leaders, today’s procurement systems suffer from the same kind of industrial age silo thinking as a lot of other business sectors. He believes that it is time to break down the silos and move to the next-generation procurement system. He writes:

“Where basic procurement typically exists in siloed organizations with poor internal communication and price reductions as the end goal, procurement 2.0 requires the enterprise to engage collectively in procurement activity, with the CPO leading a function that manages the process. It’s a world away from traditional procurement. I refer to real internal cooperation: the joint creation of a go-to-market strategy, the discipline of the organization to behave appropriately and to adhere to a game plan and extensive and real collaboration with key suppliers for competitive business advantage.”

Commenting on Deverill’s article, David Rae writes that this “is all good stuff.” [“Just what is procurement 2.0?,” Procurement Blog, 24 August 2010]. But he wonders if Deverill has gone far enough in his vision for it to “deserve a 2.0 label.” Rae continues:

“Surely, this is just the latest development in procurement evolution where CPOs at the leading edge are driving change across the entire organization, not just in their own function. An increasing number of CPOs I speak to are doing this by implementing programs which instill procurement best practice across the business. It’s often referred to as ‘procurement for non-procurement’ but is, in effect, the dissolution of some of the value procurement brings into the wider business. Caroline Booth, while at Lloyds Banking Group, ensured that thousands of non-procurement people who have authority to sign contracts are put through a training program developed by her. Jochen Weyandt at Schindler has implemented a similar system. In reality, these measures are probably more focused on the cost-management side, which Deverill associates more readily with traditional procurement. But there’s no doubt that such measures will bring procurement much closer to the business.”

Since he doesn’t believe that Deverill has gone far enough in defining the next-generation procurement system, Rae wonders what, “exactly, could drive a change to so-called procurement 2.0 status”? “What systems and processes must be put in place? Is there a technology angle? Or is it, dare I say it, marketing?” He doesn’t provide answers; but, he does raise interesting questions. Gopi Krishnan, a consultant at Infosys, believes that there will be a lot of consolidation and optimization required along the way to the next-generation procurement system [“A (Sort of) Non-Disruptive Way to Procurement Heaven,” Supply Chain Matters, 25 March 2010]. He writes:

“[In April 2010], one of my colleagues called me from Houston to bounce off some ideas on a procurement project he was working on for a large Oil Field Services company based there. There were optimization opportunities galore in their procurement universe – analytics, contracts, sourcing, invoicing, master data…the works. However, the questions he asked were centered on (a) where to start and (b) what to harmonize. I had a déjà vu moment as it suddenly took me back to the time as we were listening with our mouths wide open to the story of one of our banking customers were telling us about the 35+ systems they had solely for procurement purposes – in banks, as you would realize, all procurement is indirect and hence considered a cost-optimization opportunity.”

I’m not sure I’ve ever read an article that talked about three dozen different systems and cost-optimization in the same sentence. It is no wonder that Infosys consultants listened with their “mouths wide open.” He continues:

“On one hand, ‘centralized procurement’ is a kind of an anathema to the business team bringing with it ‘big brother’ visions while on the other [hand], large organizations have fairly autonomous entities spread across countries and divisions. It’s the freedom and local decision making ability that got each of these entities where they are today, so how do we keep that spark burning while bringing in the overarching theme of implementing a corporate-level rule-set (or constitution, as some would put it!)? We would need to start with the humbling thought that some form of ‘center-led procurement’ is the maximum we can push the system to accept gracefully and comply.”

Since Enterra Solutions® specializes in automating rule sets, you can understand why I was attracted to what Krishnan had to say. He continues:

“The typical way of starting off would be by doing a portfolio assessment of spend applications. I personally believe this is a must-do activity at some point as it gives an excellent birds-eye view on what’s going on in the organization from a deployment/user behavior point of view. However, this may not give a category level picture at all, any hopes of getting some form of spend classification has to come from the accounting heads maintained by the finance folks. My issue with stopping at application portfolio assessment is that there’s very little one can do in the short run without inflicting substantial change management (a.k.a significant end-user pain) especially for those users who are getting their systems sunset, however medieval or worse, paper-based their current processes may be.”

I often write about how industrial age practices serve as anchors to business process. Krishnan is correct in noting that paper-based processes regress companies even further back into history. In a post entitled CEOs Recommend the U.S. Government Transform Its Supply Chain, I discussed recommendations provided to the U.S. Government by the high-powered Technology CEO Council chaired by IBM’s Sam Palmisano. Among their recommendations was one that insisted that the government must go digital. The CEOs claimed that “transitioning antiquated, paper-based processes to digital records management for federal forms would generate $50 billion in cost savings over 10 years.” Although individual companies won’t save billions, going digital will make them more cost effective. Krishnan’s point is that making dramatic changes to any system, including a procurement system, is likely to cause culture shock. Therefore, he recommends a go-slow approach. He writes:

“A better way could be to accept that procurement may still happen in myriad ways and means across the organization and focus energies on building a spend analytics dashboard instead. Being a post-facto, back-end activity, this is clearly non-disruptive for the end-users. That said, it is going to expose the first major problem every organization innately knows, but doesn’t want to deal with – that of calling the same supplier by seven different names and the same item by twenty seven more. Again, due to country/departmental whims, having a unified master data model could be another humongous, multi-year, multi-million program. Assuming no dollars are going to flow there in the short run, we would need to tackle the data issue via a bit of manual analysis coupled with system-driven transformation logic before it gets into the dashboard.”

This kind of challenge is ideally suited for rule set automation. An automated system would be able to correctly identify suppliers and products, sort out conflicts, ensure all divisions/departments are getting the best price, etc. You simply can’t achieve that kind of business logic using a manual system. Krishnan continues:

“Considering diverse source systems and their technological peculiarities, adding each of these sources into a single dashboard would pose unique challenges. But this can be a phased, multi-step process, celebrating success along the way upon each wave of expansion. There could be category based challenges also – ‘Invoices without POs’ for legal services may have a different attribute set compared to ‘consumption POs from multi-year contracts’ for cleaning services. There would be many more order specific nuances like preferred vendor agreements, payment penalty clauses for certain orders, RFP/contract-specific parameters that need to be vetted during receipts etc. Once the dashboard is created, we can attack the upstream processes of sourcing and contracts in order to try and bring a modicum of standardization out there. Further improvements can happen if procurement category heads are aligned to accounting heads used in the financial systems and that would mean tightening up the receipt-invoice-settlement process, which is usually a shared responsibility of procurement and finance.”

Although Enterra® doesn’t currently offer any procurement system technology solutions, for the supply chain solutions it does offer, it creates user-friendly dashboards using rich internet applications. Because all of the “magic” takes place behind the screen, users don’t have to know what kinds of exotic algorithms, scraping technologies, data gathering, ontological relationships, etc. are being used to present them with the information they need in the format they require. My point is that the type of dashboards recommended by Krishnan are certainly available. He concludes:

“In all of this, the key words are ‘non-disruptive’ and ‘progressive elaboration’ through which we can finally get to realize the aspirational dream of a ‘self-funding procurement program’. Along the way, if there are holy cows to be dispensed with (or slaughtered, if you insist!) in terms of sunsetting ancient applications, non-standard technologies and e-mail/paper/fax based ordering processes, so be it. Portfolio assessment followed by portfolio rationalization further followed by portfolio consolidation in the spend apps area would definitely have a drastic impact on maverick spend, but if you ask me, spend analytics might be a way to test the waters in terms of prioritizing execution strategies.”

“Wal-Mart Stores purchasing chief Hernan Muntaner has a dream: teaming the giant retailer with soda and snack maker PepsiCo to buy potatoes jointly for a lower price than either company can get on its own. That would allow both to earn more money on the chips and spuds they sell in Wal-Mart’s supermarkets. So far, Pepsi isn’t playing along. But with sales slowing in the U.S. and the price of sugar, meat, and wheat on the rise, the world’s largest retailer is jointly purchasing a growing share of raw ingredients with manufacturers of food and household products sold in its stores. Products already being purchased with suppliers include sugar, which goes into the company’s store-brand soda and five-pound bags, and paper, used in Wal-Mart’s back-office printers. Muntaner envisions a day when his company will do it with most goods it sells.”

Boyle and Wolf note that “branded suppliers” aren’t eager to join Walmart for two reasons. First, they often have more sophisticated procurement strategies for buying raw materials than Walmart. Second, they don’t want to reveal trade secrets. Boyle and Wolf nevertheless believe that Walmart will continue to push its procurement vision. They conclude:

“This is just the company’s latest attempt at slowing expense growth. Wal-Mart is already consolidating its roster of suppliers, eliminating distribution middlemen in nations such as Japan, and taking over the U.S. trucking operations from some of its suppliers in a bid to haul goods more cheaply. International chief Doug McMillon says the company is saving hundreds of millions of dollars a year from such changes—and wants savings of over a billion dollars eventually.”

Moving procurement to the next level is all part of achieving a true sense-and-respond supply chain. If Walmart is successful in its efforts (and I wouldn’t bet against them), they will gain a significant competitive advantage in the marketplace (as will their procurement partners). 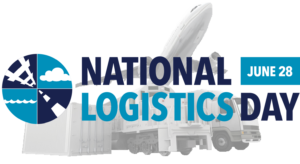