Messing with Your Mind

“The era of robots learning and reacting the same way humans do may still be in the realm of science fiction,” writes the editorial team at No Camels, “but a young Israeli researcher is making impressive advances in the way computers understand and interact with humans.” [“Will Computers And Humans Make Decisions Together In The Future?,” 23 April 2013] The article continues:

“Dr. Ya’akov (Kobi) Gal from Ben-Gurion University of the Negev‘s research focuses on designing ‘intelligent agents’ – algorithms that run on computers, robots and smart phones – and interact with other people as well as computers. The goal of his research is to enable computers to understand how humans make decisions and to use this information to foster cooperation between robots and humans in domains such as strategic negotiation and education. Basically, Gal is not trying to teach computers to think for humans, but rather, to think with them. Gal’s thesis is that the future role for intelligent agents is not to replace human professionals, a fear that is often expressed, but rather ‘share the problem solving’ with humans in a way that best utilizes people’s abilities.”

Gal’s research may be trying to “get into the heads” of individuals to see how they think and act, but his intelligent agents aren’t biologically intrusive. Ongoing research elsewhere quite literally wants to get inside people’s heads. Nick Bilton reports, “Scientists haven’t yet found a way to mend a broken heart, but they’re edging closer to manipulating memory and downloading instructions from a computer right into a brain.” [“Computer-Brain Interfaces Making Big Leaps,” New York Times, 4 August 2013] Bilton explains:

“Researchers from the Riken-M.I.T. Center for Neural Circuit Genetics at the Massachusetts Institute of Technology took us closer to this science-fiction world of brain tweaking … when they said they were able to create a false memory in a mouse. The scientists reported in the journal Science that they caused mice to remember receiving an electrical shock in one location, when in reality they were zapped in a completely different place. The researchers weren’t able to create entirely new thoughts, but they applied good or bad feelings to memories that already existed. ‘It wasn’t so much writing a memory from scratch, it was basically connecting two different types of memories. We took a neutral memory, and we artificially updated that to make it a negative memory,’ said Steve Ramirez, one of the M.I.T. neuroscientists on the project.”

If you think that creating fake memories doesn’t sound very useful (or even sounds a bit creepy or sinister), you could be right. On the other hand, the research could lead to some important treatments for people with mental disorders. “The ability to learn and remember is a vital part of any animal’s ability to survive,” explains Brian Dodson. “In humans, memory also plays a major role in our perception of what it is to be human. A human is not just a survival machine, but also reads, plans, plays golf, interacts with others, and generally behaves in a manner consistent with curiosity and a need to learn.” [“Inception: Artificial memories implanted in mice,” Gizmag, 1 August 2013] He continues:

“Forgetting where we put the keys is a standard part of the human condition, but in the last few decades our knowledge of more serious memory disorders has grown rapidly. These range from Alzheimer’s disease, where the abilities to make new memories and to place one’s self in time are seriously disrupted, to Post-Traumatic Stress Disorder, in which a memory of a particularly unpleasant experience cannot be suppressed. Such disorders are a powerful force driving research into discovering how healthy memory processes function so that we can diagnose and treat dysfunctional memory function.”

Mind manipulation has been a staple of Hollywood movies for years. Total Recall, Eternal Sunshine of the Spotless Mind, The Matrix, and Inception all featured a form of mind manipulation in their plots. Bilton writes:

“In the movie, ‘Eternal Sunshine of the Spotless Mind,’ a character played by Jim Carrey uses a service that erases memories to wipe his brain of his former girlfriend, played by Kate Winslet. But it seems the movie’s screenwriter, Charlie Kaufman, was selling science short. ‘The one thing that the movie “Eternal Sunshine of the Spotless Mind” gets wrong, is that they are erasing an entire memory,’ said Mr. Ramirez of M.I.T. ‘I think we can do better, while keeping the image of Kate Winslet, we can get rid of the sad part of that memory.’ Hollywood and science-fiction writers, of course, have had fun with memory manipulation over the years. In the film ‘Total Recall,’ which is based on a short story by Philip K. Dick, a character played by Arnold Schwarzenegger receives a memory implant of a fake vacation to Mars. In ‘The Matrix,’ characters can download new skills like languages or fighting techniques to their mind, much like downloading a file to a computer. Far-fetched? Perhaps, and we’re not yet fighting our robot overlords as the humans were in ‘The Matrix,’ but researchers really are exploring ways to upload new information to the brain.”

In the movie Inception, Leonardo DiCaprio plays a skilled corporate spy who uses technology to steal business secrets from the minds of executives while they sleep. None of these plotlines exactly follow the course being pursued by the Riken/MIT researchers. Dodson explains:

“The MIT team genetically engineered the hippocampal cells of a new strain of mouse so that the cells would form a light-sensitive protein called a channelrhodopsin (ChR) that activates neurons when stimulated by light. This involved engineering the mice to add a gene for the synthesis of ChR, but that gene was also modified so that ChR would only be produced when a gene necessary for memory formation was activated. In short, only neurons actively involved in forming memories could later be activated by light. Initial work using the genetically engineered mice focused on determining what neurons in the hippocampus are associated with forming a new, specific memory. There were at least two schools of thought on how memory engrams were stored – locally or globally. They discovered that a memory is stored locally, and can be triggered by optically activating a single neuron. ‘We wanted to artificially activate a memory without the usual required sensory experience, which provides experimental evidence that even ephemeral phenomena, such as personal memories, reside in the physical machinery of the brain,’ says lead author Steve Ramirez. The new results came from a chain of behavioral experiments. The researchers identified the set of brain cells that were active only when a mouse was learning about a new environment. The genes activated in those cells where then coupled with the light-sensitive ChR. These mice were then exposed to a safe environment in a first box, during which time the neurons which were actively forming memories were labelled with ChR, so they could later be triggered by light pulses. Next the mice were placed in a different chamber. While pulsing the optically active neurons to activate the memory of the first box, the mice were given mild foot shocks. Mice are particularly annoyed by such shocks, so this created a negative association. When the mice were returned to the first box, in which they had only pleasant experiences, they clearly displayed fear/anxiety behaviors. The fear had falsely become associated with the safe environment. The false fear memory itself could be reactivated at will in any environment by triggering the neurons associated with that false memory.”

It really doesn’t take much imagination to see how development of brain-writing techniques could be used for either good or evil purposes. Imagine being able to learn new subjects, like a new language, while you sleep. In the wrong hands, the technology could be used to create ideological zealots capable of carrying out terrible acts. As Bilton reports, “Writing to the brain could allow us to interact with our computers, or other human beings, just by thinking about it.” He concludes:

“But some researchers don’t appear to be worried about that sort of thing. In his book, ‘Beyond Boundaries: The New Neuroscience of Connecting Brains with Machines — and How It Will Change Our Lives,’ Dr. Nicolelis said he believes it is possible that humans will be able to communicate wirelessly without words or sound, where brain waves are transmitted over the Internet. ‘I think this is the real frontier of human communication in the future. We already can get our monkeys, and even humans, to move devices just by thinking,’ he said. ‘Once you can write to the brain, I can imagine the same type of logic working for communication where your thoughts and a message will be communicated to another human being and they will be able to understand it.’ It looks like mending that broken heart, through manipulation of our memories, might be here closer than we think.”

Transhumanists believe that connecting human and artificial intelligence is inevitable and isn’t something that should be feared. Clearly, this research has the potential to help sufferers of mental conditions. The jury is still out on how it could be used by people with evil designs. 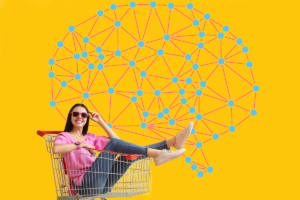