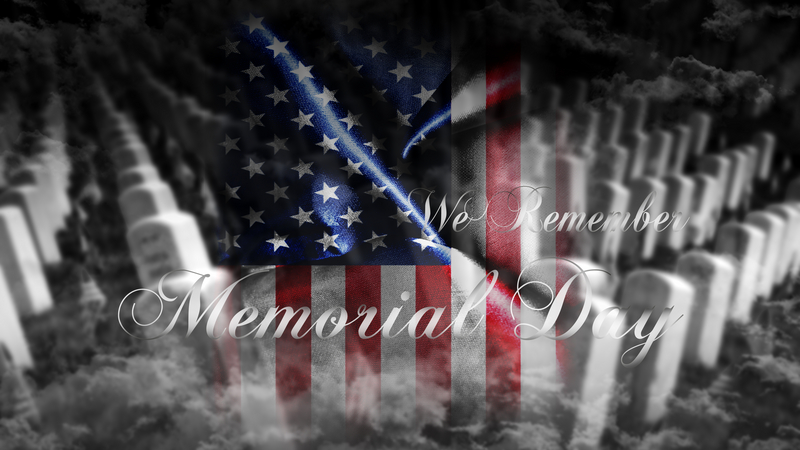 A year ago, the country remained in the early stages of Covid-19 pandemic. On Memorial Day last year, I wrote, “This Memorial Day finds us fighting a new kind of war — this time, with a virus. … In the war against the novel coronavirus, not all front-line fighters are in the military. Those involved include healthcare workers, scientists, morticians, manufacturers, farmers, supply chain workers, and grocery store employees.” I noted that Bill Gates (@BillGates), a philanthropist and founder of Microsoft, had stated, “There are so many heroes to admire right now. … When the world eventually declares the Pandemic over, we will have all of them to thank for it.” I also observed, “Unfortunately, not every hero will survive this pandemic. The world has lost a lot people to Covid-19 who, despite the risks, showed up to do their jobs so the rest of us had a better chance of surviving. The late G.K. Chesterton, a British author and philosopher, once wrote, ‘Courage is almost a contradiction in terms. It means a strong desire to live taking the form of a readiness to die.’”

This Memorial Day, we find ourselves still in the battle against the coronavirus. Fortunately, we are now armed with vaccines that are helping us win the fight. Unfortunately, we are approaching 600,000 fatal victims of Covid-19 — many of them front-line and essential workers. As we pause this day to remember those who have fallen defending our freedom, we should also pause to remember those who fell fighting for our health. One group of people that has been particularly hard hit by the pandemic is the Native American population. Journalist and former mental health nurse Nina Lakhani (@ninalakhani) reports, “Covid is killing Native Americans at a faster rate than any other community in the United States, shocking new figures reveal. American Indians and Alaskan Natives are dying at almost twice the rate of white Americans, according to analysis by APM Research Lab. … Nationwide one in every 475 Native Americans has died from Covid since the start of the pandemic, compared with one in every 825 white Americans and one in every 645 Black Americans.”[1]

Despite the historically poor treatment suffered by Native Americans, many of them have stepped up to defend the United States in times of conflict. One such man was the late Ernest Edwin Evans (August 13, 1908 – October 25, 1944), who was half Cherokee and one quarter Creek. His story is inspiring and his courage legendary. Born in landlocked Oklahoma, “‘into a world of low prospects and ill will,’ Ernest beat what seemed impossible odds. Amid intense prejudice against Native Americans, he graduated from a nearly all-white high school, joined the National Guard, transferred to the Navy enlisted service, won an appointment to the Naval Academy without political pull, and graduated with the class of 1931.”[2] Twelve years later, Evans assumed command of the destroyer USS Johnston (DD-557) — the only commanding officer the ship would ever know. On the day of the ship’s commissioning, 27 October 1943, at Seattle, Washington, Commander Evans addressed the crew and prophetically stated, “This is going to be a fighting ship. I intend to go in harm’s way, and anyone who doesn’t want to go along had better get off right now.”[3]

Just over a year later, on 25 October 1944, he and most of his crew went down fighting in the Battle off Samar in the Pacific theater of World War II. Journalist Jordan Green (@jordangreensays) reports, “Evans and his men among a handful of U.S. ships, outnumbered by Japanese naval forces, were protecting American troops invading the Philippine Islands during the Battle off Samar, one of the most significant naval conflicts in World War II. Even after the Fletcher-class destroyer was severely damaged, Evans and his crew kept fighting. Even after dozens of his men were killed, they persisted. And even after Evans died in battle, the legacy of this Native American naval officer from Oklahoma lives on.”[4] During the battle, Green reports, “Evans suffered shrapnel wounds and some of his fingers were blown off when his ship was hit by enemy shellfire.”

Sam Cox, a retired U.S. Navy officer who now leads the Naval History and Heritage Command, told Green, “This key battle in the Pacific war was almost a disaster for the United States. If it hadn’t been for what Ernest Evans did, the battle would have gone much worse.” What did Commander Evans do? Naval historian Robert J. Schneller, Jr., recounts what happened during the battle:

“A shaky voice on Johnston’s talk between ships radio reported ‘a major portion’ of the Japanese fleet 15 miles astern. Commander Ernest Evans, the skipper, burst out of his sea cabin, barking out orders: All hands general quarters! Light off all boilers for maximum speed! Make smoke! … As the light grew, the pagoda-like superstructures of four Japanese battleships, eight cruisers, and 11 destroyers appeared over the horizon. Johnston’s task unit, dubbed Taffy Three, were all that stood between the Japanese force and MacArthur’s troops on shore while the rest of Halsey’s Third Fleet chased a decoy force of Japanese aircraft carriers. Without waiting for orders, Evans gave the command to commence a torpedo run against the enemy. Johnston steered toward her target, an enemy cruiser, veering and fishtailing toward enemy shell splashes in the belief that ‘lightning doesn’t strike twice.’ Evans closed to less than 10,000 yards before loosing a spread of torpedoes. Several of them blew the bow off the Japanese cruiser. For more than three hours, Johnston engaged the enemy. Evans’s aggressiveness, along with that of other American destroyermen and aviators from Taffy Three, led the Japanese to believe they were facing a much larger force and caused them to turn away. The price was steep. Evans and many of his shipmates were killed as Japanese fire eventually overwhelmed Johnston, sending her to the bottom. Although severely wounded early in the battle, Evans pressed the attack until he vanished when his ship went down. For his ‘valiant fighting spirit,’ he was posthumously awarded the Medal of Honor.”[5]

As Schneller noted, Commander Evans received the Congressional Medal of Honor for his extraordinary courage and leadership. His Medal of Citation reads:

“For conspicuous gallantry and intrepidity at the risk of his life above and beyond the call of duty as commanding officer of the U.S.S. Johnston in action against major units of the enemy Japanese fleet during the battle off Samar on 25 October 1944. The first to lay a smokescreen and to open fire as an enemy task force, vastly superior in number, firepower and armor, rapidly approached. Comdr. Evans gallantly diverted the powerful blasts of hostile guns from the lightly armed and armored carriers under his protection, launching the first torpedo attack when the Johnston came under straddling Japanese shellfire. Undaunted by damage sustained under the terrific volume of fire, he unhesitatingly joined others of his group to provide fire support during subsequent torpedo attacks against the Japanese and, outshooting and outmaneuvering the enemy as he consistently interposed his vessel between the hostile fleet units and our carriers despite the crippling loss of engine power and communications with steering aft, shifted command to the fantail, shouted steering orders through an open hatch to men turning the rudder by hand and battled furiously until the Johnston, burning and shuddering from a mortal blow, lay dead in the water after 3 hours of fierce combat. Seriously wounded early in the engagement, Comdr. Evans, by his indomitable courage and brilliant professional skill, aided materially in turning back the enemy during a critical phase of the action. His valiant fighting spirit throughout this historic battle will venture as an inspiration to all who served with him.”

Last month, experts confirmed that the remains of the USS Johnston had been located in 2019 at the bottom of the ocean, at more than 20,000 feet — the deepest shipwreck ever explored. The following video shows footage taken of the wreckage.

Naval historians report, “Of the crew of 327, only 141 survived. Of the 186 lost, about 50 were killed by enemy action, 45 died on rafts from battle injuries and 92, including Evans, were alive in the water after Johnston sank, but were never heard from again.” Memorial Day is the day set aside to remember and honor men and women who have given their lives to protect our liberties. It’s a good day to remember Commander Evans and his heroic crew, who in the face of daunting odds, stood firm, fought hard, and ultimately paid the ultimate price for their bravery. I am grateful for all who have served this country well; and, especially, for those who made the greatest sacrifice a country can ask.