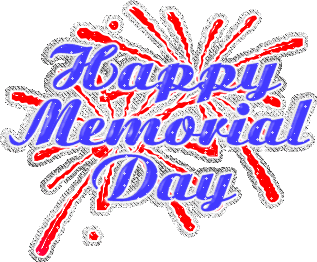 Memorial Day traditionally marks the beginning of summer and, even though it began as a solemn day of remembrance back in 1868, it has become a day to relax and celebrate with family and friends. Lest we forget the high cost of freedom, this Memorial Day I urge you to pause from your celebrations and remember those who have given their lives for others. For more than a dozen years now, Americans have had almost daily reminders of just how dearly bought our freedoms are. Armed forces around the world continue to fight against groups whose members have no regard for the sanctity of life or the principles of liberty. We should remember those who continue to serve as well as those whose have given their lives for freedom.

Fortunately, not all individuals who go to defend freedom pay the ultimate price. Many nevertheless end up paying a dear price for their selflessness. One man who personally understood the high cost of combat was Joshua Lawrence Chamberlain. Chamberlain was an American college professor from the State of Maine, who volunteered during the American Civil War to join the Union Army. Although having no earlier education in military strategies, he became a highly respected and decorated Union officer, reaching the rank of brigadier general. For his gallantry at Gettysburg, he was awarded the Medal of Honor. He was given the honor of commanding the Union troops at the surrender ceremony for the infantry of Robert E. Lee’s Army at Appomattox Court House, Virginia. After the war, he entered politics and served four one-year terms of office as the 32nd Governor of Maine. He also served on the faculty, and as president, of his alma mater, Bowdoin College. Chamberlain’s remarks about heroes of the Civil War have stood the test of time and are just as relevant today as they were nearly 150 years ago. He said:

“Heroism is latent in every human soul. However humble or unknown, they (the veterans) have renounced what are accounted pleasures and cheerfully undertaken all self-denials — privations, toils, dangers, sufferings, sicknesses, mutilations, life-long hurts and losses, death itself — for some great good, dimly seen but dearly held.”

On this Memorial Day, I hope that the “great good” our soldiers, sailors, airmen, and marines are fighting to defend is not dimly seen. I hope it shines brightly as a beacon attracting all those who love liberty and freedom. Those are principles that should remain dearly held by all of us. As President John F. Kennedy declared at the height of the Cold War, “Let every nation know, whether it wishes us well or ill, that we shall pay any price, bear any burden, meet any hardship, support any friend, oppose any foe to assure the survival and the success of liberty.” Wallace Bruce wrote, those “who kept the faith and fought the fight; the glory theirs, the duty ours.”

One of duties is to live to enjoy the freedoms that heroes have secured for us. Our barbecues, picnics, outdoor activities, family adventures, and celebrations are all part of that enjoyment. So this Memorial Day, I join the rest of the Enterra® Team to wish a happy and safe Memorial Day.