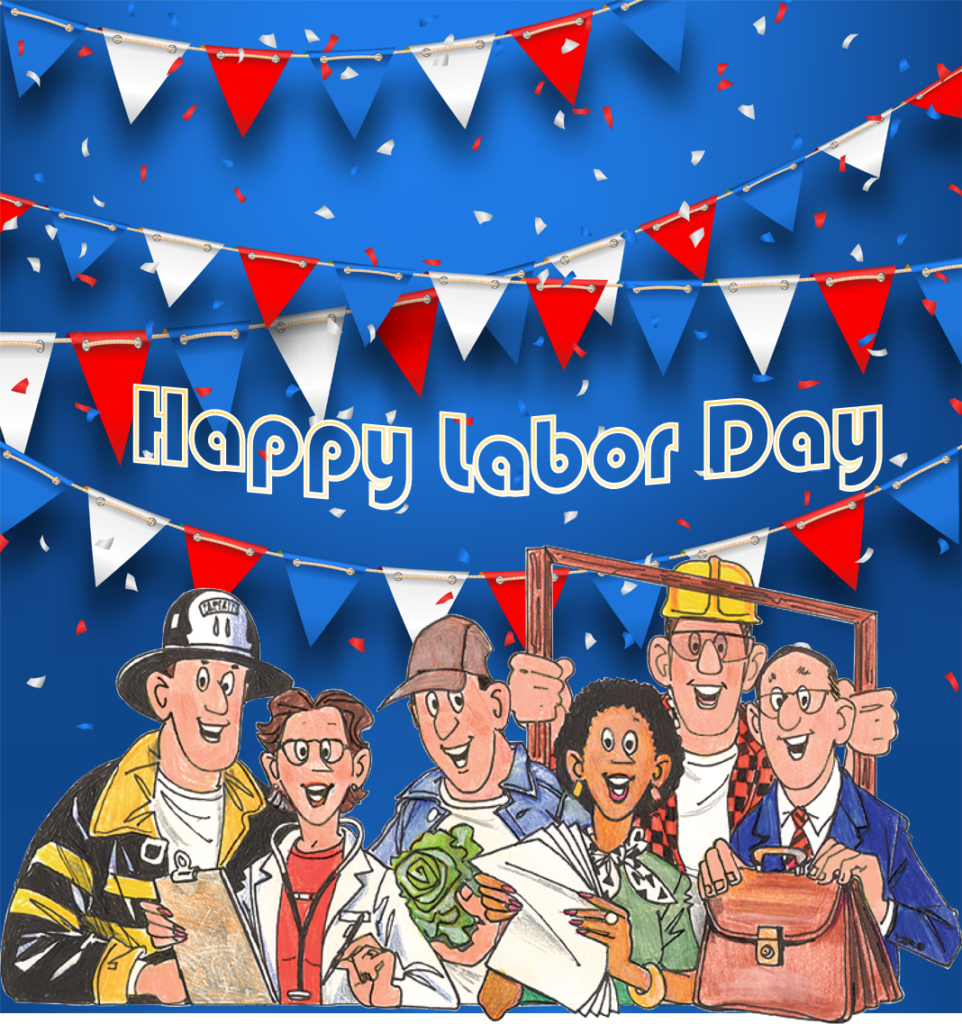 Summer is unofficially over — marked as always by the celebration of Labor Day. At least that has been the case for over a century. Few people look forward to end of the summer (avid skiers and snowboarders may be exceptions). As the shorter, colder days of fall and winter approach, a good celebration is just the ticket. However, the holiday didn’t start out as a celebration. It started out as a cause. Labor Day was the brainchild of the labor movement. Jay L. Zagorsky, an economist and research scientist at The Ohio State University, explains, “Unlike most U.S. holidays, [Labor Day] is a strange celebration without rituals, except for shopping and barbecuing. For most people it simply marks the last weekend of summer and the start of the school year. The holiday’s founders in the late 1800s envisioned something very different from what the day has become. The founders were looking for two things: a means of unifying union workers and a reduction in work time.”[1] The first recognized “Labor Day” in 1882 wasn’t a holiday — it was a strike. The celebration came a dozen years later in 1894. Zagorsky observes, “Labor Day came about because workers felt they were spending too many hours and days on the job.” Today, some workers and future workers are concerned they will be spending too little time on the job.

Leonardo da Vinci, the genius of the renaissance, once quipped, “God sells us all things at the price of labor.” Although America now enjoys a low unemployment rate, the future of labor is very much in question. Julia Bossmann (@juliabossmann), President of Foresight Institute, believes unemployment caused by smart machines is one of the most pressing ethical questions of our time. “Most people still rely on selling their time to have enough income to sustain themselves and their families,” she writes.[2] If the combination of artificial intelligence (AI) and robotics eliminates as many jobs as some people predict, selling one’s time may not be an option. Jeff Phipps (@fipzee68), managing director of ADP in the United Kingdom, observes, “Automation may seem like an issue for future generations. But our findings show that machines could replace thousands of employees in as little as five years.”[3]

Predictions of mass unemployment and social chaos have not gone unnoticed by the latest generation of workers. Melanie Curtin (@MelanieBCurtin) reports, “37 percent of Millennials worry about their work duties being fully or partially taken over by artificial intelligence technology.”[4] Even if dire predictions prove overblown, R. Edward Freeman (@RE_Freeman) and James R. Freeland, professors at the Darden School of Business at the University of Virginia, observe, “Whatever the net increase or decrease in jobs overall, what is not at issue is that these will be different jobs, requiring different skill sets.”[5] That fact alone is enough to make some workers concerned.

The Need for Work

Back in 1759, Voltaire wrote, “Work saves us from three great evils: boredom, vice, and need.” I believe that observation remains as true today as it was a quarter millennia ago. The future I see is not one of significant unemployment but one in which humans and machines are co-workers. In their book Human + Machine: Reimagining Work in the Age of AI, Accenture executives Paul Daugherty and Jim Wilson, write, “The simple truth is that machines are not taking over the world, nor are they obviating the need for humans in the workplace. In this current era of business process transformation, AI systems are not wholesale replacing us; rather, they are amplifying our skills and collaborating with us to achieve productivity gains that have previously not been possible.” Deloitte analysts agree with that conclusion. They write, “Rather than displace human workers, bots and other intelligent automation solutions are providing a foundation for human-machine collaboration. This burgeoning no-collar workforce is helping leaders to envision new modes of work that can reduce costs and free up humans to perform more valuable tasks on behalf of the organization.”[6] Humans need work and I am hopeful all stakeholders — labor, management, and politicians — will work together to create a healthy, full employment economy.

I hope you don’t have to give much thought today to your employment future. Enjoy the outings, the food, and the family. Happy Labor Day from all of us at Enterra Solutions®.