Home » Miscellaneous » Kurds Deserve a Country of Their Own 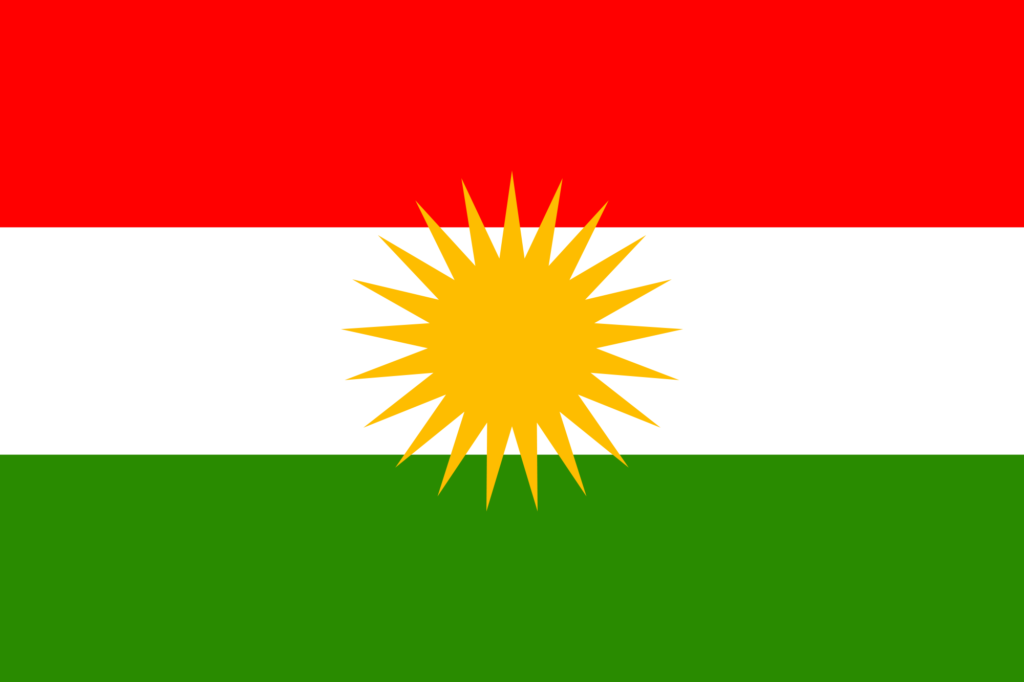 Kurds Deserve a Country of Their Own

Enterra Insights is not a political blog; so this article is a bit of an outlier from my normal posts. The matter of Kurdish independence is of interest to me, however, because of my previous associations with the region as well as my general interest in global peace and stability operations. Yesterday, Kurds in northern Iraq went to the polls to vote on a referendum to seek independence from Iraq. Voters were asked a simple question, “Do you want the Kurdistan region and Kurdish areas outside the region to become an independent state?” Results of the referendum are non-binding but represent a mandate for the Kurdistan Regional Government (KRG). The federal government of Iraq insists the referendum is illegal. As a rule, I’m against splitting up nations into smaller entities. Such efforts make little economic sense and, often, both the original state and the breakaway nation are worse off as a result. In the case of the Kurds, this may also prove to be the case if they end up being economically and politically isolated. The Kurds, however, are a proud and resilient people. They have proven to be a reliable and effective ally in the fight against terrorism in Iraq and, in particular, the Kurdish Region of Northern Iraq, including Mosul. Since other avenues of progress seem closed to them, they are deserving of a chance to make it on their own.

At the beginning of America’s Declaration of Independence, Thomas Jefferson wrote, “In the Course of human events it [occasionally] becomes necessary for one people to dissolve the political bands which have connected them with another and to assume among the powers of the earth, the separate and equal station to which the Laws of Nature and of Nature’s God entitle them.” For Kurds living in Iraq, that time has come. Having spent a good amount of time over several years in the Kurdish region and in Mosul, the Kurds’ “yes” vote on the referendum came as no surprise to me. Back in 2009, I wrote, “No one believes the prickly issues that have plagued Kurd/Arab relations are going to be settled easily. A lot of wrangling among the parties will take place because the issues involve historical injustices, oil revenues, and revanchist claims.”[1] Kurd grievances go back at least a century to the collapse of the Ottoman Empire. Ranj Alaaldin (@RanjAlaaldin), a visiting fellow at Brookings’ Doha Center, notes, “Prevailing state interests, international resistance to upsetting the balance of power in the region, and powerful, resource-rich armed forces at the disposal of the region’s (Western-aligned) autocrats made it implausible for the Kurds to redraw the map of the Middle East. That paved the way for a century’s worth of rebellions, countless atrocities, and genocide against the Kurds.”[2] David Zucchino (@davidzucchino) reports, “Almost every Kurd in northern Iraq can trace a family history stained by treachery and dispossession: Kurdish women and children killed in chemical attacks, villages razed, Kurdish men detained and murdered, families deported or banished to internment camps.”[3] Unfortunately, the Kurds have little to no international support for their referendum. Tim Arango (@tarangoNYT) reports, “Numbering about 30 million people spread across four countries — Iraq, Syria, Turkey and Iran — the Kurds are often described as the world’s largest ethnic group without their own homeland. Iraqi Kurdistan, an oil-rich enclave in northern Iraq, may be their best hope yet.”[4] He continues:

“The referendum’s approval would start the process of turning the autonomous region into an independent state. But outside of Kurdistan, every major player in the neighborhood opposes the vote, which could break up Iraq and further destabilize a volatile, war-torn region. Baghdad has indicated that it would not recognize the results. Across the border in Turkey, officials worry that Kurds declaring independence in Iraq would inflame the separatist sentiments of Kurds in Turkey. Turkey has opposed the referendum and warned that it could lead to a new civil war in Iraq. American officials, concerned that it would hobble the fight against the Islamic State, [had] urged the Kurds to delay the vote. An open rift between Baghdad and Kurdistan could end the cooperation between Iraqi and Kurdish forces, which is seen as critical in the campaign to defeat the Islamic State. Kurdish secession would also deprive the United States of one of its primary goals since it invaded this country: keeping Iraq intact.”

One of the critical events empowering the Kurds — and giving them legitimacy in the eyes of the international community — was Saddam Hussein’s chemical attack against Kurds in Halabja in 1988. In that attack, between 3,200 and 5,000 people were killed with another 7,000 to 10,000 injured. As Alaaldin notes, “The Halabja genocide — and the wider al-Anfal operation — championed their cause as one of the right to self-determination. This helped guarantee international recognition and legitimacy, and enabled a trajectory that has since moved them closer toward sovereignty.” Although the Kurds are ethnically united, they are politically divided. In the self-governing Kurdish region of Iraq, which was established in the aftermath of the first Gulf War, two competing parties contended for power: the Kurdistan Democratic Party (KDP), led by Masoud Barzani (@masoud_barzani), the current President of Iraq’s Kurdish Regional Government, and the Patriotic Union of Kurdistan (PUK), led by its founder, Jalal Talabani. In 1994, when a power-sharing arrangement between the two-parties fell apart, an intense civil war ensued. The war ended in 1998 when the PUK and KDP signed the US-negotiated Washington Agreement. In 2009, complicating the political situation in the Kurdish region, was the emergence of the Gorran (Change) party under the leadership of Nawshirwan Mustafa. Mustafa died earlier this year and Omar Said Ali was selected to replace him. Despite their political differences, all these political leaders are Kurdish nationalists.

In the days leading up to the referendum, Barzani attended a large pro-independence rally in Erbil, his political power base. He was also the first Kurd to cast his vote for independence. Shortly after casting his vote, he tweeted, “Proud to cast my vote earlier this morning and partake in this historic day, the day of the #KurdistanReferendum.” The jubilation likely to follow the referendum’s outcome needs to be tempered since the vote only marks the beginning of what could be a long process. Iraqi and international pressure against Kurdish independence is sure to mount in the wake of the vote. Alaaldin assesses the situation this way:

“If Kurdistan declares independence, the United States is unlikely to abandon it, as that would allow America’s enemies in the region to step in and fill the resulting gap by either destabilizing Kurdistan (and the region) or, alternatively, by expanding their own ties and influence over the Kurdish political landscape. Washington has learned painful lessons from its 2011 withdrawal from Iraq and Iran’s resulting dominance in Iraq and the region. That does not mean Iraq’s Kurds can be complacent. Domestically, there are still divisions and jockeying over resources and power, as well as public dissatisfaction over services, corruption, bureaucracy, and nepotism. The failure to remedy divisions could exacerbate social discontent and polarization.”

Chances for a broader Kurdistan (i.e., one involving Kurd minorities in other countries) are slim. This is not only because of opposition in those countries but because of internal Kurdish politics. Even though they project a united ethnic front, Kurds are not united politically and have different aspirations for their various regions. Despite all of the complexities associated with an independent Kurdistan in what is now northern Iraq, I support Kurdish independence. As Jefferson stated later in the Declaration of Independence, whenever rights have been trampled, “It is the Right of the People … to institute new Government, laying its foundation on such principles and organizing its powers in such form, as to them shall seem most likely to effect their Safety and Happiness.” The Kurds’ safety and happiness is far from being assured; but, a government, by, for, and of the Kurdish people has a greater chance of securing those rights than they have had for a century.