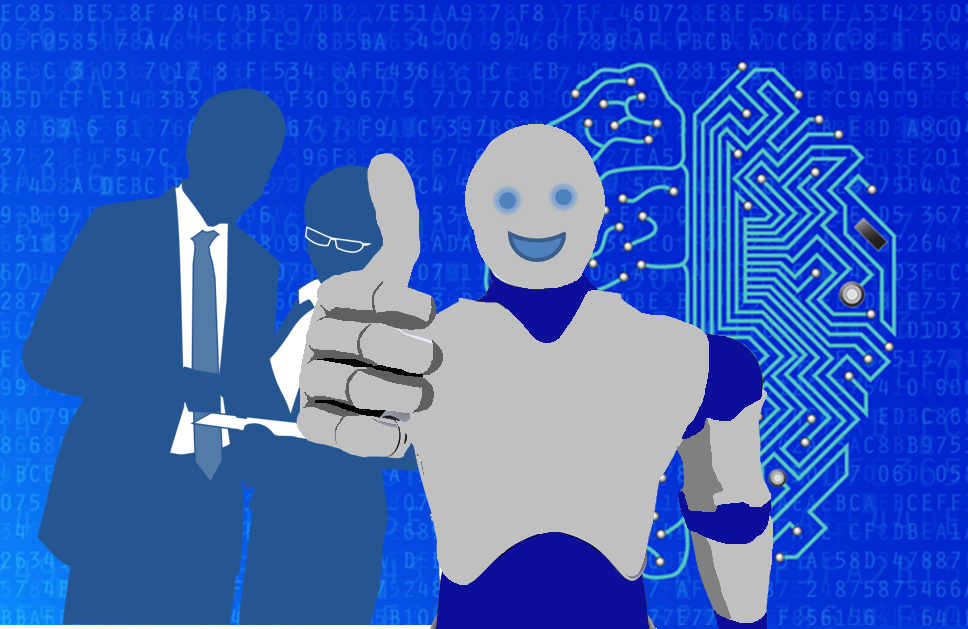 One of the worst lines repeated time and again by sports commentators is, “[NAME YOUR TEAM] is in charge of their own destiny.” Destiny is defined as events that will necessarily happen to a particular person or thing in the future. If a person or team can change the outcome (i.e., determine the future outcome through their own actions), then it’s not destiny. A recent rash of alarmist headlines declaring everything from mass unemployment to ultimate extinction at the hands of robots could lead one to believe that the rise of the robots is inevitable — mankind’s destiny. As an example, Alan Yuhas (@AlanYuhas) recently wrote, “Machines could put more than half the world’s population out of a job in the next 30 years, according to a computer scientist who said … that artificial intelligence’s threat to the economy should not be understated. … Physicist Stephen Hawking and the tech billionaires Bill Gates and Elon Musk issued a similar warning last year. Hawking warned that AI ‘could spell the end of the human race’ and Musk said it represents ‘our biggest existential threat’.”[1] But, as sports commentators might declare, “Humans are in charge of their own destiny.”

I don’t mean to downplay the dangers — they are very real; but, they are not inevitable. The expert to whom Yuhas refers is Moshe Vardi (@vardi), a professor of computer science at Rice University. He made his remarks to a gathering of the American Association for the Advancement of Science (AAAS). He told participants, “We are approaching a time when machines will be able to outperform humans at almost any task. I believe that society needs to confront this question before it is upon us: if machines are capable of doing almost any work humans can do, what will humans do?” That’s a profound observation and a great question. Andrew McAfee (@amcafee) doesn’t mind being put out of work as long as he’s being paid to pursue other activities. “Imagine a world where the robots did all the work,” he writes. “They tend the crops, sew the clothes, cook the food, drive the trucks, and work on all the assembly lines in all the world’s factories. In this world, everything would be a lot cheaper because labor costs would drop to zero. In fact, there’d be a startling abundance of stuff. And people would be freed up to do things other than work. We could use our time to explore, create, perform, craft, mingle, and so on because we wouldn’t have to work to produce the necessities or luxuries of life; the robots would be taking care of that.”[2] He also admits there are challenges to achieving the paradisiacal world he describes.

“I know there will be serious challenges along the way. In our book Race Against the Machine, Erik Brynjolfsson and I included Voltaire’s quote that ‘work saves a man from three great evils: boredom, vice, and need.’ We’ve got to figure out how people are going to pay for things (even when things are abundant and cheap, many of them are still likely to have prices) when their labor is not needed and hence has no value. And we’ve got to figure out what a meaningful and fulfilling life consists of when it’s not dominated by jobs and work as we currently think of them.”

I’m not sure a world without work would be paradise. Humanity will be much better off if it learns to steer a course that focuses on augmenting human labor rather than replacing it.[3] I agree with Paul Daugherty (@pauldaugh), Chief Technology Officer at Accenture, who writes, “Technology innovations are bringing amazing opportunities to enable people — workers, customers and business partners — with new capabilities they’ve never had before. But these will remain opportunities only — not business results — if leaders do not take more balanced approach that puts people front and center.”[4] SriSatish Ambati, Co-founder and CEO of H2O.ai, believes that augmenting human workers with intelligent systems will free them to be “more human.” He told Katherine Noyes (@noyesk), “Over the past 100 years, we’ve been training humans to be as punctual and predictable as machines.” But by augmenting them with cognitive systems, artificial intelligence can do the “machine stuff” leaving humans free to spend their time on the areas where they excel. “What we really want from humans today are emotions,” he stated, “feelings and love, and those can’t be automated.”[5] He continued:

“Time is the only nonrenewable resource. Machine learning will mean we can finally use our time to build strong relationships and spend more time with customers and loved ones. We’re so used to being machines at work — this frees us up to be humans again.”

“Succeeding in the digital economy will require enterprises to evolve their organizations and corporate cultures to flex rapidly. Technology innovation will become the solution — offering new ways to invest in people’s development, manage them and help them embrace change. Our Accenture Technology Vision provides the roadmaps companies need to succeed. We highlight five tech trends that will allow companies to win by putting People First:

1. Intelligent Automation — Powered by artificial intelligence, the next wave of solutions will weave systems, data and people together — creating solutions that fundamentally change the organization, as well as what it does and how it does it.

2. Liquid Workforce — Companies need to do more than invest in the right technologies to keep pace in the digital era. They need to harness these technologies to enable the right people to do the right things in an adaptable, change-ready and responsive workforce.

3. Platform Economy — Technology-enabled, platform-driven ecosystems are taking shape across industries. The next step is creating the adaptable, scalable and interconnected platform economy that underpins success in an ecosystem-based digital economy.

4. Predictable Disruption — Few businesses grasp how dramatic the changes arising from new platform-based ecosystems will be. Studying these trajectories will provide the fodder to anticipate how whole industries and economic segments will be redefined.

5. Digital Trust — Businesses cannot share and use the data that underpins their operations without trust. The most advanced security systems today go well beyond establishing perimeter security and incorporate a powerful commitment to the highest ethical standards for data.

As these IT trends demonstrate, leveraging the power of a digital business is no longer simply about incorporating technology into the organization. It’s about reinventing the organization — and the culture within it — to drive innovation, to drive change, to drive the business into the next generation.”

We actually need to think well beyond the next generation if we are going to establish policies and set a course leading to outcomes that benefit the human race. Policymakers and business executives haven’t given enough thought to how we are going to assure jobs sustainability in a future increasingly characterized by automation. It’s a concern shared by Brookings Institution analysts Jack Karsten (@jtkarsten) and Darrell M. West (@DarrWest) who write, “Emerging technologies like industrial robots, artificial intelligence, and machine learning are advancing at a rapid pace, but there has been little attention to their impact on employment and public policy.”[7] Massive unemployment caused by automation is not fated. Jobs are certainly going to be lost and workers are going to need to be retrained; but, we can forge a brighter future. Only the past is bound. The future has no limits.