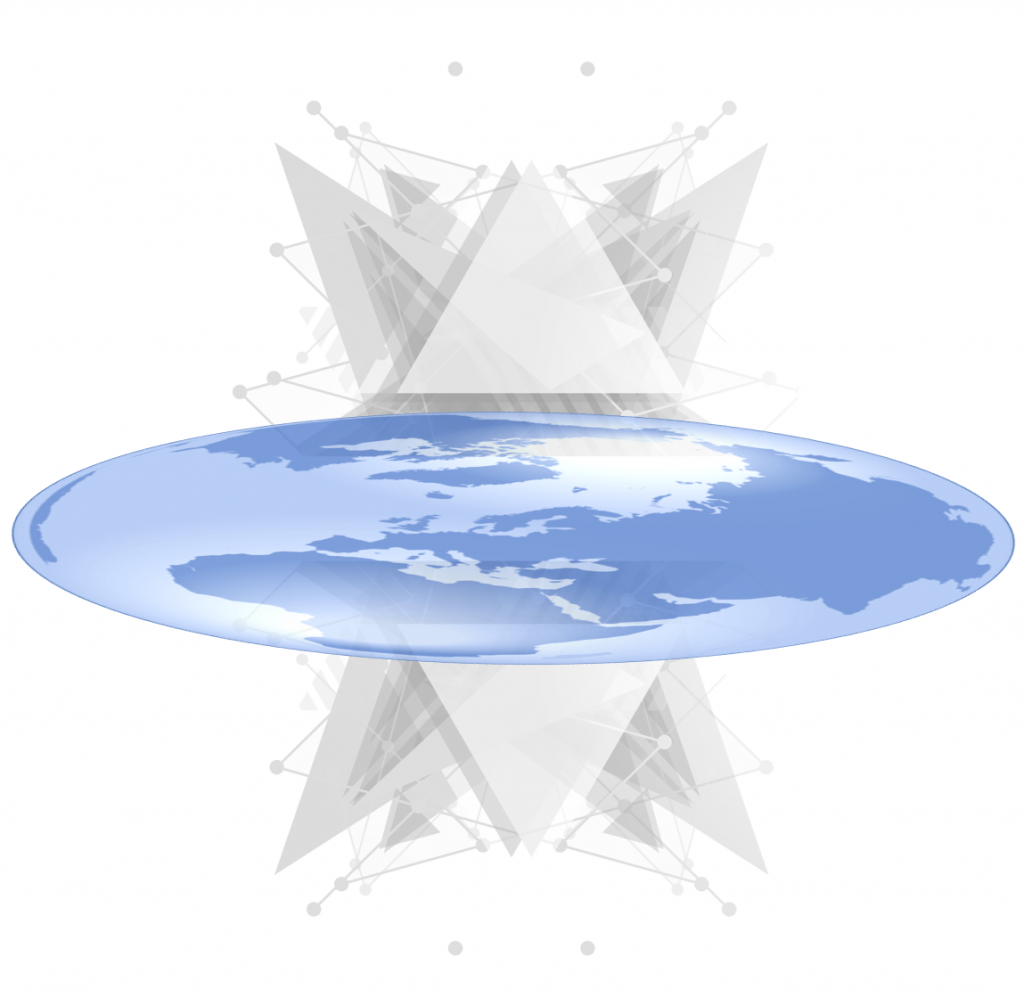 Is the Globalized World Flat or Mountainous?

New York Times’ columnist Tom Friedman has argued that the “world is flat” as a result of trade liberalization and technology (i.e., business people around the world are finally playing on a level field). Former IBM executive Irving Wladawsky-Berger writes, “Thomas Friedman’s The World is Flat became an international best-seller in 2005 by nicely explaining what this new golden age of globalization was all about, including the key forces that contributed to flattening the world, from the explosive growth of the internet, open source software and related technologies to the rise of outsourcing, offshoring and global supply chains.”[1] He cites a 2019 article from the Economist, which stated, “The golden age of globalization, in 1990-2010, was something to behold. Commerce soared as the cost of shifting goods in ships and planes fell, phone calls got cheaper, tariffs were cut and the financial system liberalized.” Globalization’s detractors have argued the world is not flat; the playing field is uneven and, for some, even mountainous.

When it comes to globalization, there are two basic camps. The first camp argues globalization has been the catalyst for an unprecedented era during which more people were brought out of poverty than ever before in history. The other camp argues globalization has been the catalyst that started the developed world on the road to ruin. Those arguments almost seem moot. The 2019 Economist article, to which Wladawsky-Berger referred, further states, “Globalization has slowed from light speed to a snail’s pace in the past decade for several reasons. The cost of moving goods has stopped falling. Multinational firms have found that global sprawl burns money and that local rivals often eat them alive. Activity is shifting towards services, which are harder to sell across borders: scissors can be exported in 20ft-containers, hair stylists cannot.”[2] In a separate article, the magazine argues the coronavirus pandemic may put a nail in globalization’s coffin. It states, “Even before the pandemic, globalization was in trouble. The open system of trade that had dominated the world economy for decades had been damaged by the financial crash and the Sino-American trade war. Now it is reeling from its third body-blow in a dozen years as lockdowns have sealed borders and disrupted commerce.”[3]

There can be little doubt that globalization helped bring millions of people out of poverty. Unfortunately, recent events have curtailed progress. Tom Ryan explains, “The 2008 financial crisis, concerns over inequality and the rise in populism are among the factors that have driven the anti-globalization and anti-immigration movement in recent years. Some fear the coronavirus pandemic will accelerate that mindset shift.”[4] In fact, the pandemic has made things worse. Geoffrey Garrett, dean of Wharton School, writes, “The reaction of developed economies to the coronavirus will only strengthen this consensus, as all things international will be viewed as incurring unnecessary and dangerous risks. What was a growing ‘anti-globalization’ consensus is poised to crystalize into a ‘de-globalization’ reality.”[5] Journalist Josh Zumbrun (@JoshZumbrun) adds, “The world’s low-income and emerging market economies will likely remain deeply damaged even five years after the coronavirus pandemic and associated lockdowns began, according to a new study from the World Bank. The virus has already plunged the world into a severe recession, the World Bank said, and its research casts doubt on scenarios in which emerging markets bounce back quickly after the health crisis has eased.”[6]

No one can argue that leaving low-income nations behind is either humane or in the best interests of the global economy. Although that might happen, Martin Sandbu (@MESandbu), European Economics Commentator for the Financial Times, argues it need not happen. His book, The Economics of Belonging: A Radical Plan to Win Back the Left Behind and Achieve Prosperity for All, “argues that we should step back and take a fresh look at the root causes of our current challenges. … That the rising numbers of the left behind are not due to globalization gone too far. Rather, technological change and flawed but avoidable domestic policies have eroded the foundations of an economy in which everyone can participate — and would have done so even with a much less globalized economy.” In a review of Sandbu’s book, Diane Coyle (@DianeCoyle1859), a professor of economics at the University of Manchester, writes, “His advocacy of more but better globalization predates the pandemic. The coronavirus recession does not change the diagnosis of what has gone wrong with liberal democracies and market economies, but it certainly makes optimism for our future prospects all the braver.”[7]

“Belonging,” Coyle writes, “is about not being left behind, rather than group identity. Those whose earnings have stagnated, who hold precarious jobs, live in towns scarred by austerity — they are the Unbelongers. … The real argument of the book … [proposes] a set of radical but feasible policies [that hold] the solution to inequality. And, if they were implemented, Sandbu eloquently argues, more globalization would benefit all and defang populist polarization.” In a Financial Times article, Sandbu writes, “On the face of it, all our current vulnerabilities seem rooted in globalization: disease transmission, economic interdependence and medical procurement all criss-cross the world. But the supposed choice between national resilience and economic openness is a false one.”[8]

Policies are important; but, even more important is policy implementation. Many of Sandbu’s policy recommendations appear to have little likelihood of being implemented during these divisive political times. His policy recommendations include spending more on education, raising the minimum wage, limiting top executive wages, retraining and upskilling the work force, and providing universal basic income. UBI is an especially controversial topic. Coyle adds, “Finally, there are the Unbelongers in the Left-Behind places. Reversing the geography of disadvantage is something even Donald Trump claims to want to do. Voting patterns in many western countries make it a political imperative. The book considers a sensible range of policies, such as business support schemes, or using higher education institutions and cultural amenities to make places attractive to knowledge workers.”

Despite his detractors, Thomas Friedman still insists the world is flat. He writes, “If recent weeks have shown us anything, it’s that the world is not just flat. It’s fragile.”[9] He argues that, in spite of all the barriers being raised against globalization, “we’ve taken the world technologically from connected to interconnected to interdependent — by removing more friction and installing more grease in global markets, telecommunications systems, the internet and travel. In doing so, we’ve made globalization faster, deeper, cheaper and tighter than ever before.” Although Friedman’s argument about the world being flat is harder to make in the wake of recent events, he does make one important point. He concludes, “As the world gets more deeply intertwined, everyone’s behavior — the values that each of us bring to this interdependent world — matters more than ever. And, therefore, so does the ‘Golden Rule.’ It’s never been more important. Do unto others as you wish them to do unto you, because more people in more places in more ways on more days can now do unto you and you unto them like never before.”