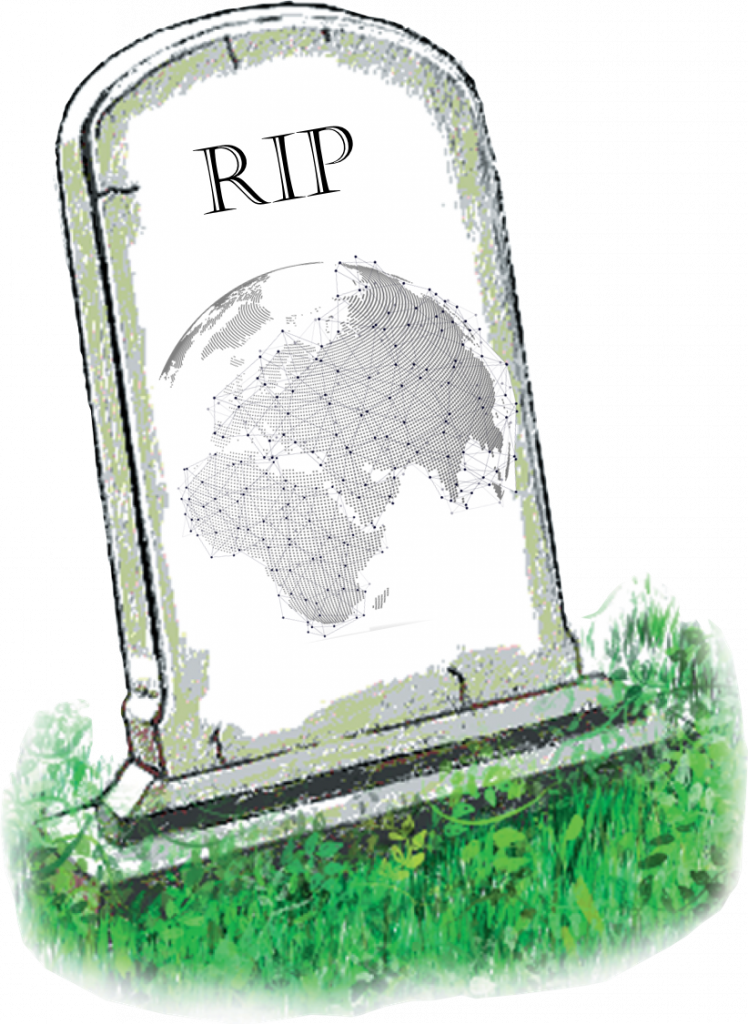 One of the things driven home by the Covid-19 outbreak is the global nature of supply chains, particularly supply chains linking China and the United States. Tom Derry, CEO of the Institute for Supply Management, explains, “You have to realize that there’s almost no industry sector — and when I say that, I mean manufacturing and nonmanufacturing — that isn’t reliant on China in the United States.”[1] Only time will tell whether the pandemic changes supply chain patterns and what it effect it will have on globalization in general. Globalization was already under threat. A few years ago, Joseph E. Stiglitz (@JosephEStiglitz), a Nobel laureate and a professor at Columbia Business School, wrote, “Globalization’s opponents in the emerging markets and developing countries have been joined by tens of millions in the advanced countries. Opinion polls, including a careful study by Stanley Greenberg and his associates for the Roosevelt Institute, show that trade is among the major sources of discontent for a large share of Americans. Similar views are apparent in Europe. How can something that our political leaders — and many an economist — said would make everyone better off be so reviled?”[2] He believed he an idea about why globalization was falling out of favor. He wrote:

“Large segments of the population in advanced countries have not been doing well: in the United States, the bottom 90 percent has endured income stagnation for a third of a century. Median income for full-time male workers is actually lower in real (inflation-adjusted) terms than it was 42 years ago. At the bottom, real wages are comparable to their level 60 years ago. The effects of the economic pain and dislocation that many Americans are experiencing are even showing up in health statistics. For example, the economists Anne Case and Angus Deaton, [2016’s] Nobel laureate, have shown that life expectancy among segments of white Americans is declining. Things are a little better in Europe — but only a little better.”

Although it is undeniable that globalization has raised millions out of poverty around the world, the fact remains benefits of globalization have been uneven — resulting in winners and losers. And, as should be expected, the losers are unhappy. In the years following the publication of Stiglitz’ article, the world has seen trade wars, continued conflict, Brexit, and, now, the Covid-19 pandemic. These events have some pundits wondering if globalization is dead. Amy Wunderlin (@AmyWunderlin), writes, “Discussions around the future of globalization hit their peak in 2016, following Britain’s [vote to] exit from the European Union and the election of Donald Trump. In a 2016 column in the Guardian, Ruchir Sharma, chief global strategist for Morgan Stanley, boldly declared globalization as we know it over, predicting deglobalization to be the next buzzword.”[3]

A quick answer to the question — Is globalization Dead? — is no. The effects the coronavirus outbreak had on supply chains and the global economy made it quite clear the world remains highly connected. Nevertheless, a McKinsey Global Institute study published last year makes a strong case that globalization is changing. The report declares, “Globalization is in the midst of a transformation.”[4] The study’s authors write, “Three factors explain these changes: growing demand in China and the rest of the developing world, which enables these countries to consume more of what they produce; the growth of more comprehensive domestic supply chains in those countries, which has reduced their reliance on imports of intermediate goods; and the impact of new technologies.” As Wunderlin puts it, “Whether you like it or not, globalization is certainly not dead; it’s just going to look a little different.” The Covid-19 outbreak will likely accelerate this transformation.

Anna Tunkel (@aTunkel), Head of global strategic initiatives and partnerships at APCO Worldwide, agrees with the McKinsey experts. She writes, “We are witnessing a profound transformation of globalization.”[5] For years, I have argued we were likely to see less globalization and more regionalization. It just makes sense to do business within regions in order to shorten supply chains and decrease costs. Tunkel underscores the fact this is happening. She writes, “The Economist found that of the 500 largest firms worldwide, in eight out of 10 sectors, companies’ aggregate sales expanded slower than their domestic peers. For U.S.-based firms, returns are now 30 percent higher in their home market.” Journalist James Crabtree (@jamescrabtree) adds, “Flows of overseas direct investment have fallen to levels not seen since the 2008 global financial crisis. Trade restrictions are rising. Genuine multinational companies — meaning those that earn at least a quarter of their revenue abroad — are less numerous and profitable than before.”[6] Like McKinsey analysts, Crabtree argues globalization is changing. He notes, “Cross-border activity in other areas [than trade], for instance in knowledge services or flows of data, continues to expand, suggesting that new forms of cross-border integration can develop even as the traditional ones decline.”

There is still a place for globalization

Martin Wolf (@martinwolf_), chief economics commentator at the Financial Times, argues, “Humanity has global obligations and interests.”[7] The Covid-19 outbreak demonstrates events affecting one country can spread around the globe like shock waves. Wolf continues, “Human beings are closely related. They are a part of a complex web of life. They share a planet that is the only one in the solar system that carries life of any kind. There may be more life like us elsewhere in the universe. But so far we have not found it. We are alone. This should on its own make us think globally. But there are other reasons to do so, both moral and practical.” He asserts, “Globalism, broadly defined, is inescapable. But it also creates challenges.” Stiglitz argues when the global economy is not growing, cheap labor wins and discontent rises in more developed countries. The win-win situation is when people are brought out of poverty into the global middle class increasing demand for consumer products and helping the global economy to grow.

According to McKinsey analysts, “The public debate about trade is often about recapturing the past rather than looking toward the future. The mix of countries, companies, and workers that stand to gain in the next era is changing. Understanding how the landscape is shifting will help policy makers and business leaders prepare for globalization’s next chapter and the opportunities and challenges it will present.” They argue, Global value chains are undergoing five structural shifts.” Those structural shifts are:

1. Goods-producing value chains have grown less trade-intensive. “The decline in trade intensity is especially pronounced in the most complex and highly traded value chains. However, this trend does not signal that globalization is over. Rather, it reflects the development of China and other emerging economies, which are now consuming more of what they produce.”

2. Services play a growing and undervalued role in global value chains. “Trade in services has grown more than 60 percent faster than goods trade over the past decade. Some sub-sectors, including telecom and IT services, business services, and intellectual property charges, are growing two to three times faster.”

3. Trade based on labor-cost arbitrage is declining in some value chains. “Today only 18 percent of goods trade is based on labor-cost arbitrage (defined as exports from countries whose GDP per capita is one-fifth or less than that of the importing country). In other words, over 80 percent of today’s global goods trade is not from a low-wage country to a high-wage country.”

4. Global value chains are growing more knowledge-intensive. “This trend is most apparent in global innovations value chains. Companies in machinery and equipment spend 36 percent of revenue on R&D and intangibles, while those in pharmaceuticals and medical devices average 80 percent. The growing emphasis on knowledge and intangibles favors countries with highly skilled labor forces, strong innovation and R&D capabilities, and robust intellectual property protections.”

5. Value chains are becoming more regional and less global. “The intraregional share of global goods trade has increased by 2.7 percentage points since 2013, partially reflecting the rise of emerging-market consumption.”

Wolf argues, “We must think and act globally. We have no alternative. That is not the same thing as supporting global laissez faire. It is, instead, about defending cooperative globalism. Such globalism rests on legitimate states. Nobody doubts this. But legitimate states need not be xenophobic bullies. On the contrary, they can and must achieve a balance between the claims and concerns of the local, the national, the regional and the global.” At the same time, companies need to recognize trade is becoming more regional. McKinsey analysts suggest several imperatives stand out for global companies. They must: Reassess where to compete along the value chain; consider how to capture value from services; reconsider operational footprints to reflect new risks; be flexible and resilient; prioritize speed to market and proximity to customers; and, build closer supplier relationships. Thanks to the current pandemic, we are likely entering a period of recession. When the pandemic subsides, the world will be a different place; nevertheless, one of the best ways to recover is to re-energize global trade and bolster the global middle class.