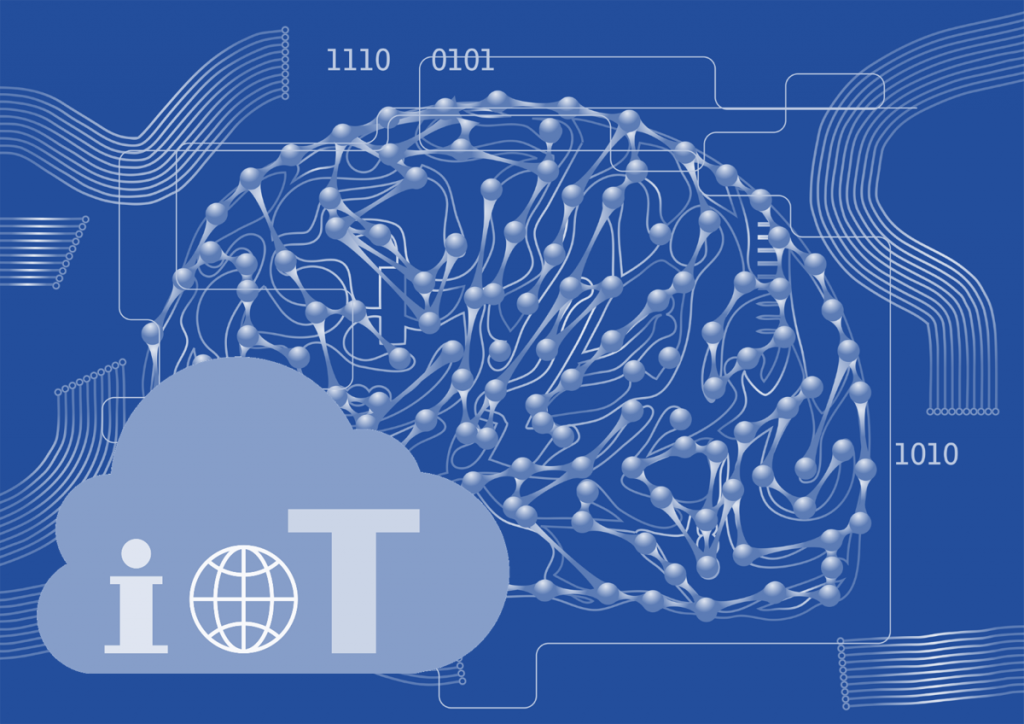 The Internet of Things and the Age of Smart Products

Every business executive knows the business landscape is changing at an ever-increasing pace. Consultants are urging business leaders to transform their Industrial Age companies into digital enterprises and that involves implementing Information Age technologies including the Internet of Things (IoT) — sometimes referred to as the Industrial Internet of Things (IIoT). The IoT is really an ecosystem consisting of sensors (that generate data), connectivity (the IoT), and advanced analytics (to make sense of all the data being generated). “Organizations are poised to undergo a fundamental structural change akin to the industrial revolution as we usher [in] IoT,” writes Aniruddha Guha Sarkar, Senior Vice President of Engineering at Interra Information Technologies Inc.[1] He adds, “According to a report by McKinsey, IoT’s economic impact will increase to $11 trillion a year by 2025. In addition, IoT devices are projected to increase to 20-40 billion devices by 2020.”

Sarkar goes on to note, “IoT is one of the spokes to the technology hub that is driving the fourth wheel of Industrial Revolution. It revolves around machine-to-machine and man-to-machine communication. It is built on cloud computing and networks of data gathering sensors; it is a virtual connection. It comes up with operational visibility to make instant and effective decisions to boost quality and to optimize time and money.” The Industrial Revolution to which he refers is often called Industry 4.0. Vinay Nathan (@vinaynathan), co-founder and CEO of Altizon Systems, agrees fully with Sarkar’s assessment of the importance of the IoT to Industry 4.0. He explains, “Industry 4.0, the fourth industrial revolution driven by the Internet of Things, is gaining huge traction in the manufacturing industry.”[2]

According to Nathan, “New revenue-generating business opportunities for traditional manufacturers [are taking hold] through the servitization of products.” By that he means, “Your product will require updates and maintenance. Most businesses would rather not deal with this, but the reality is that the Second Law of Thermodynamics dictates that whatever product you create will degenerate into a disordered state over time. Your services can help minimize and control that process.” By making your products smart (by embedding sensors in them), you can generate revenue and future-proof your business. “This is made possible,” Nathan explains, “by the IoT on the consumer end and Industrial IoT on the manufacturer’s side. These technologies open up new ways to look at your offerings and operations for future business success.”

IoT and the Age of Smart Products

Alex Grizhnevich (@grizhnevich), a process automation and IoT consultant at ScienceSoft, observes, “By equipping a smart, connected product with more sensors, a company can get a broader view of how a product functions (including real-time insights), open new ways to improve its performance (in real time as well) and more.”[3] Nathan adds, “Real-time categorized data forms the backbone for any Industry 4.0 Initiative, and industrial IoT enables business operations and finished products to work better, fail less often and produce much higher-quality output. It helps create a world of self-sustainable and adaptive systems that continuously learn from each other, and helps businesses interact more with their end-users.” Producing smart products requires more than embedding sensors in them. End users become extremely unhappy when products are hacked and their data is exposed. Such actions also expose manufacturers to legal action and loss of reputation.

Cheryl Ajluni (@cheryl_ajluni), IoT Solutions Lead at Keysight Technologies, notes, “As more Internet of Things devices make their way into the world, we’ve seen many occasions of IoT devices failing, from smart locks that are hacked in little to no time at all to the recall of 440,000 smart smoke and CO detectors. When it is a minor failure and can be easily fixed by swapping out the faulty product, the impact on a company’s brand and its bottom line may be minimal. However, when those IoT devices are installed in hard to reach places or in harsh environments, the impact can be serious and even harmful to the user. When these devices fail, a company’s success may be on the line.”[4] She argues smart products need to be designed not to fail even under the most adverse conditions. She lists five common factors that make IoT devices fail in real-world environments and offers tips on how to navigate the pitfalls:

Factor 1. Network Traffic and Connectivity. “There’s often hundreds of IoT devices operating within one network,” Ajluni writes. … This congestion may impede a device’s ability to operate seamlessly. A dramatic rise in network traffic has a similar effect, forcing the IoT device to continually re-transmit data. This may cause the device’s battery to drain quicker than expected or fail to operate altogether.”

Solution. “To avoid these failures,” Ajluni writes, “manufacturers should test the ability of their IoT devices to operate normally with a traffic load comparable to that of the target environment. Additionally, all testing should be done while simulating different traffic types like streaming video or voice.”

Factor 2. Interference. Some environments, explains Ajluni, contain “a dense IoT population with many devices operating on the same crowded bands. This increases the likelihood of interference between the different devices.”

Solution. “To avoid these issues,” she writes, “coexistence testing is essential. It can help product makers determine a device’s tolerance to other radio signals and ensure that a certain level of operation is possible, despite it operating in the presence of alternate radio protocols.”

Factor 3. Roaming Difficulties. “Wireless IoT devices,” Ajluni explains, “often roam from one location to another. That can be problematic if they haven’t been designed with robust roaming algorithms to minimize roam delay and avoid outages. An outage of just a few seconds can result in a loss of valuable data.”

Solution. “Testing IoT devices for roaming handoff behavior in a variety of challenging conditions is one way to prevent this failure. Another best practice is to simulate the device’s antenna to ensure it can handle roaming, while coping with the real-world volume and traffic.”

Factor 4. Interoperability with Network Infrastructure. “One day an IoT device can work as expected,” Ajluni laments, “and the next it may act erratically or stop working altogether.” She explains, “The device is often not the issue, but rather a result of the user updating the firmware on their wireless access points. A slight change in the network infrastructure turns a perfectly working IoT device … into one that cannot be recognized by the target environment.”

Solution. “A protocol compliance test suite can provide an effective defense against this type of failure, assuming it tests against all defined functions of a device’s wireless protocol, and not just a small subset.”

Solution. It would be foolish to claim you can develop unhackable smart products. Nevertheless, every effort needs to be made to ensure product security. Ajluni notes, “As more consumers come to rely on the power of the IoT, increasing pressure will mount on product makers to ensure their products are reliable.”

Nathan concludes, “IIoT is the foundation of a digital transformation that will present new opportunities for manufacturers and redefine future business models. In addition to using IIoT to cut costs and run their factories more efficiently, smart manufacturers can unleash these technologies to add greater customer value, drive significant competitive advantage, build customer loyalty and grow recurring revenue.” Ensuring smart products are as failure-proof as possible will help ensure any competitive advantage gained will last.