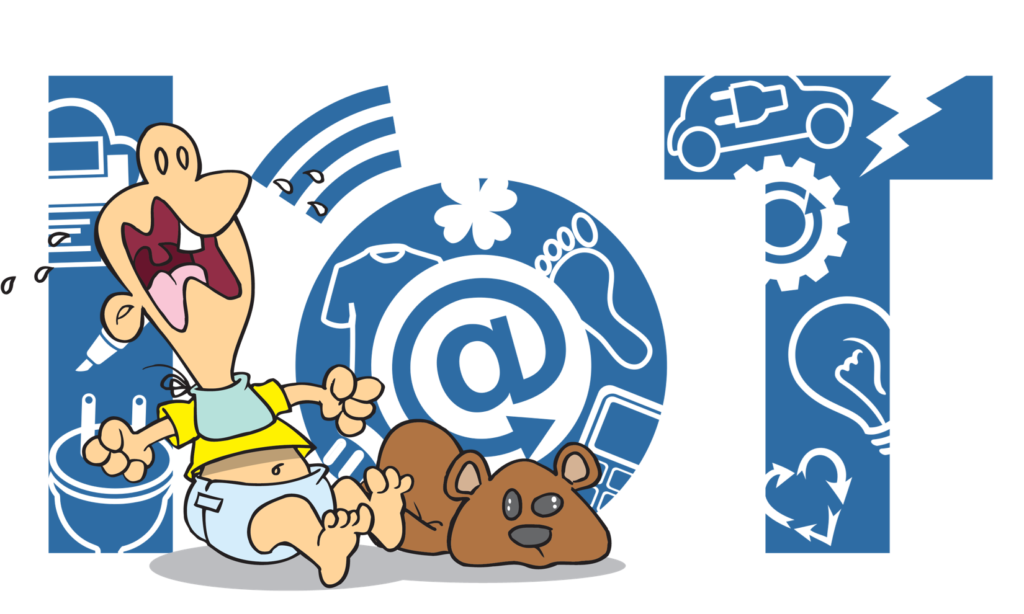 How can something over 30 years old still be considered in its infancy? According to Jonathan Sallet, a former visiting fellow in Governance Studies at the Brookings Institution, that’s exactly the situation in which the Internet of Things (IoT) finds itself. “The term ‘internet of things’ is said to have been first used in 1985,” he explains. “Roughly thirty years later, this collection of devices, computing, connectivity, and data analysis is still on the horizon, but getting closer each day.”[1] Although the term “Internet of Things” sounds like it refers to a singular entity, that’s a false impression. The IoT refers to both a network of networks (primarily facilitating machine-to-machine communication) and to a larger ecosystem involving sensors, connectivity, and analysis. Lora Cecere (@lcecere), founder and CEO of Supply Chain Insights, notes, “The goal [for building a network of networks] is to close current gaps, to build inter-enterprise visibility, and improve interoperability between businesses. Today the gaps are large. The solutions to close the gaps are not easy.”[2] Sallet argues a mature IoT has the potential to increase productivity and spur economic growth. He explains, “Robert Gordon argues that, with the exception of a decade starting in the mid-1990s, information networks have not driven productivity in the way that electricity transformed the American manufacturing sector in the 20th Century. But some believe now that IoT can boost productivity growth by increasing the efficiency of traditional business operations such as manufacturing, transportation, and retail.”

Benefits of a mature Internet of Things

Because the IoT primarily provides machine-to-machine connectivity, most discussions about its benefits focus on manufacturing and the industrial sector. In fact, some analysts prefer the term Industrial Internet of Things. Guy Weitzman, CEO and co-founder of Atomation, observes, “The Internet of Things is transforming the manufacturing sector. By harnessing big data and making previously unavailable information accessible with the touch of a button, the technology is allowing manufacturers to take greater control over the process, cut costs and increase efficiencies. The best IoT platforms are scalable, robust and can provide valuable insight into virtually any point in the manufacturing process. The far-reaching benefits of IoT are matched by the rate of investment in the technology: The manufacturing sector is expected to spend more than any other industry — $189 billion in 2018 alone.”[3] One oft-mentioned benefit is ability to monitor heavy equipment to prevent catastrophic failures and process disruptions. Other benefits include inventory tracking, product tracking, process improvement, and optimization. Weitzman concludes, “The concept of IoT may be simple, but the universe of things that can be connected to an IoT platform is endless. It’s important to understand that the point of IoT is not merely to make ‘dumb’ objects ‘smart,’ but rather to collect valuable data that can lead to a greater understanding of the manufacturing process, leading to more accurate predictions and informed actions. Because IoT technology can measure everything from temperature and vibrations to sound and moisture level, a variety of manufacturing use cases exist.”

IoT benefits are not limited to the manufacturing sector. Morgan Franklin suggests five other areas in which a mature IoT will have a significant impact: car safety; home automation; health improvements; safer and better workplaces; and faster airports.[4] He concludes, “Those are just some of the many benefits of the internet of things. There are some really exciting and world-changing possibilities that are thrown up by the continued development of the internet of things that will likely make life more efficient, easier, and generally better.”

Cognitive Computing and the IoT

Although each piece of the IoT ecosystem is important (i.e., sensors, connectivity, and analytics), analytics and insights provide the real value. Mark van Rijmenam (@VanRijmenam), founder of Datafloq, explains the IoT will generate so much data only cognitive technologies will be capable of analyzing it in a timely manner. “Currently,” he writes, “there are approximately 10 billion connected devices, with the number reaching 20 billion in 2020, 29 billion to 42 billion in 2022, and 75 billion in 2025. By 2030, we will have over 100 trillion connected sensors, and in 2035, the prediction is that we will interact with a connected device every 18 seconds, or 4800 times a day. Whether these numbers are correct or not, the fact is that the number of connected devices will increase exponentially in the coming years. With that, the amount of data that we will create annually will explode, easily driving us into the era of the brontobyte. All that data will be fed into ever more sophisticated algorithms that will use it to improve its internal capabilities to manage those trillions of interactions, find patterns, detect anomalies and discover meaning.”[5] Analytics turn the IoT into the intelligent IoT.

K.R. Sanjiv, chief technology officer for Wipro, explains, “The necessity for cognitive computing in the Internet of Things arises from the importance of data in modern business. In the smart IoT venues of the future, everyone from startups to enterprises to homeowners will use data to make decisions using facts rather than instincts. Cognitive computing uses data and responds to changes within it to make better decisions on the basis of specific learning from past experiences, compared with a rule-based decision system.”[6] As van Rijmenam notes, “A network of connected devices that are not context-aware will not offer many benefits for the end user, whether this end user is an individual, organization or thing. A connected device needs to be able to understand its environment, for it to offer true value to its user.”

With so many potential benefits and possibilities associated with the IoT, you might be wondering why it has been so slow to mature. There are a number reasons. Principal among those reasons are a lack of standards and concerns over security and privacy. There are at least three categories of challenges holding the IoT back: technical challenges; business challenges; and social challenges.

Ahmed Banafa (@BanafaAhmed) identifies three types of IoT users: Consumer IoT (which “includes the connected devices such as smart cars, phones, watches, laptops, connected appliances, and entertainment systems”); commercial IoT (which, “includes things like inventory controls, device trackers, and connected medical devices”); and, industrial IoT (which, “covers such things as connected electric meters, waste water systems, flow gauges, pipeline monitors, manufacturing robots, and other types of connected industrial devices and systems”).[8] He believes the biggest challenge for businesses is to identify in which of those IoT sectors they belong and to generate a business model that provides an appropriate ROI on IoT investments.

Sallet concludes, “IoT is going to be important, and the time has come to consider potential impacts of IoT on economic growth and competition.” Van Rijmenam points out, however, that the potential of the IoT relies on cognitive technologies making it smart. He explains, “The Internet of Things is said to be a $19 trillion opportunity, but this value will only be unlocked if the Internet of Things can become the Intelligent Internet of Things. Only when connected devices apply artificial intelligence to understand their context and determine their decisions in this context, can we unlock the value attached to the Internet of Things. Until then, we are left with connected devices that might offer us some insights and usefulness but will not significantly improve our lives or our work.” Weitzman adds, “With endless opportunities to capture insights on efficiencies, machine performance, energy usage and so much more, one thing is sure: Manufacturers who don’t take the leap and use IoT to access big data insights will be left behind.” It’s time for the IoT to grow up. 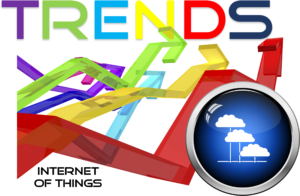