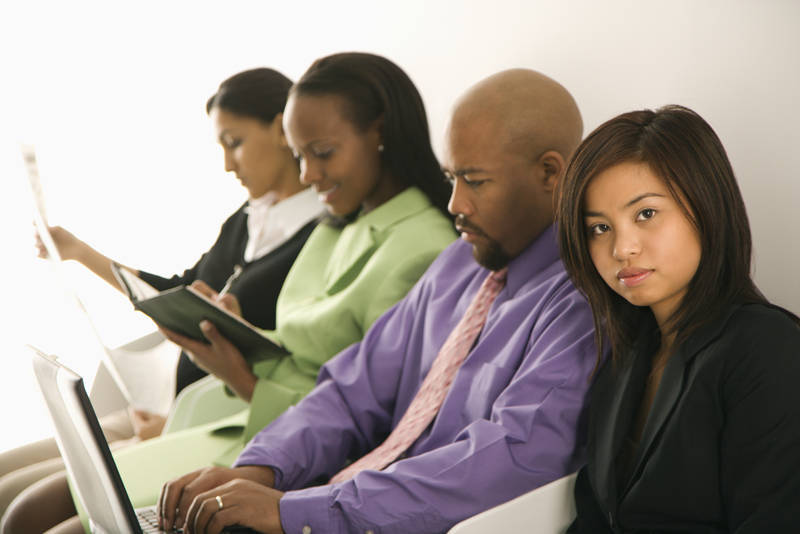 Innovation is a Team Sport Aided by Diversity and Friction

Occasionally, I read articles about putting together innovation teams. Teams can be relatively small or, as journalist Janaki Chadha points out, can include all company employees. She explains, “Companies that welcome ideas from all employees have better growth prospects than those with a less-inclusive approach to innovation. … The finding comes from research and consulting firm Great Place to Work, which surveyed about 500,000 U.S. employees at nearly 800 public and privately owned companies, most of them based in the U.S. … It found that companies where more people said they felt their ideas were sought out and valued tended to yield more revenue growth and employee productivity.”[1] Putting together small innovation teams and accepting ideas from all employees are not mutually exclusive activities; however, whether you’re talking about the entire company or a small team, diversity is important. The term “diversity” is used in many of today’s headlines; and, in most cases, it is used when discussing race, gender, or sexual identity. The term, however, is synonymous with variety and can include things like a variety of disciplines and a variety of character traits as well as gender and race diversity. Diversity, in all its forms, is an important consideration when putting together innovation teams.

Applying diversity in all its forms

Regardless of the race, gender, or academic discipline of innovation team members, Nathan Furr (@nathan_furr), an assistant professor of strategy, at INSEAD, Kyle Nel (@Kyle_Nel), CEO and co-founder of Uncommon Partners, and Thomas Zoëga Ramsøy (@tzramsoy), founder and CEO of Neurons Inc., insist, “There are three neuropsychological traits to seek while building a transformative team. The first of the three, divergent thinking, is the ability to uniquely connect new information, ideas and concepts that are usually held far apart. Convergent action, the second trait, is the ability to execute on these new ideas in order to create something tangible. And last, having the ability to communicate ideas in a coherent, compelling and influential way is paramount. This trait will inspire other leaders and decision-makers to believe, support and act on a novel idea or opportunity.”[2] Obviously, finding people with neuropsychological traits has nothing to do with gender, race, sexual identity, or academic discipline.

Several years ago, a study by researchers from North Carolina State University found “that taking steps to foster diversity makes a company more innovative, in terms of product innovations, patents created and citations on patents — meaning the relevant innovations are also used to develop new technologies.”[3] Richard Warr (@richardswarr), co-author of a paper on the study and head of the Department of Business Management in NC State’s Poole College of Management, noted, “We wanted to know whether companies with policies encouraging the promotion and retention of a diverse workforce — in terms of gender, race and sexual orientation — also perform better at developing innovative products and services . The short answer is that they do. To be clear, we found that there is a causative link — it’s not just a correlation. And the finding extends across a broad range of industry sectors.”

Why diversity is important for innovation

Innovation is primarily concerned with creating products and services that will be relevant now and in the future. Christie Pitts (@imchristiepitts), CEO of Backstage Capital, explains why diversity is important in innovation efforts. She notes, “A lot of innovation work is envisioning the future and helping companies understand how to transition their business units and keep them relevant. … But diversity seems to be a blind spot: these big companies don’t always consider who their core customers will be in the future. … Money is being left on the table because the people building the products just aren’t thinking about all their future customers.”[4] She goes on to note, “Diversity shouldn’t be isolated. It should be integrated with any other strategic effort … and not off in its own silo. Corporate innovation folks, this is not someone else’s problem. It’s your problem, too.” Frankly, diversity should be seen as a benefit not a problem. By having a more diverse workforce, and more diverse innovation teams, opens a company’s eyes to potential new customers. Pitts concludes, “At the end of the day, this is a business conversation, and I don’t think there is anyone who wants to sell their product to half the potential customers. When we make these products more inclusive, it’s a better experience for everyone.”

John Banovetz, Senior Vice President and Chief Technology Officer for 3M Research and Development, agrees diversity is critical for innovation. He writes, “Game-changing innovations are not created in a vacuum. They require vision, imagination and the ability to see what doesn’t exist today. I have seen time and again that this only really happens when a truly multidimensional team comes together to share ideas and collaborate. The more diversity in terms of geography and gender, culture and education — the more likely disruptive innovation can prevail.”[5] He adds, “Diversity and inclusion are imperatives that pave the pathway to truth, enlightenment, and discovery. They’re good for business, too; a McKinsey & Company report revealed that companies with the most ethnically and culturally diverse boards are 33 percent more likely to generate better earnings.”

The value of team friction

Diversity can play another important role in innovation programs — creating friction. Innovation gurus constantly warn against falling into the trap of groupthink — where likeminded people agree to a fault. Well-known analysts John Hagel (@jhagel), John Seely Brown (@jseelybrown), Andrew de Maar, and Maggie Wooll (@MaggieWooll), observe, “A unified, cohesive team might seem like a desirable goal for CIOs and other business leaders, but disagreement and healthy debate can be hallmarks of higher-performing teams. … Friction can drive faster, more effective learning to help work groups improve approaches and outcomes. When team members are willing and able to challenge each other’s ideas, they are more likely to re-examine preconceptions, test constraints, and push boundaries to arrive at better solutions.”[6] They go on to note, “Having a diverse team of un-like-minded individuals can be critical to creating this type of productive friction. In a diverse work group, members can be influenced by a range of past experiences, apply their own implicit rules, and notice different pieces of information. This cognitive diversity can create tension within the group, which can have unexpected and positive results if we can resist the urge to immediately resolve the tension.”

The trick, of course, is to disagree without being disagreeable. That is no easy feat. Hagel and his colleagues call this “productive tension.” They explain, “The goal is to create enough disequilibrium and intensity to motivate the group toward a creative next step — but not so much that the team becomes unproductive. For leaders, this can require encouraging curiosity and discussions of what-ifs.” Most business leaders believe innovation is critical to remain relevant now and in the future; however, not enough of them appreciate how a diverse team can help them achieve that goal. For many reasons, diversity has become an important aspect of any business; innovation is just one of the reasons companies should pursue it.