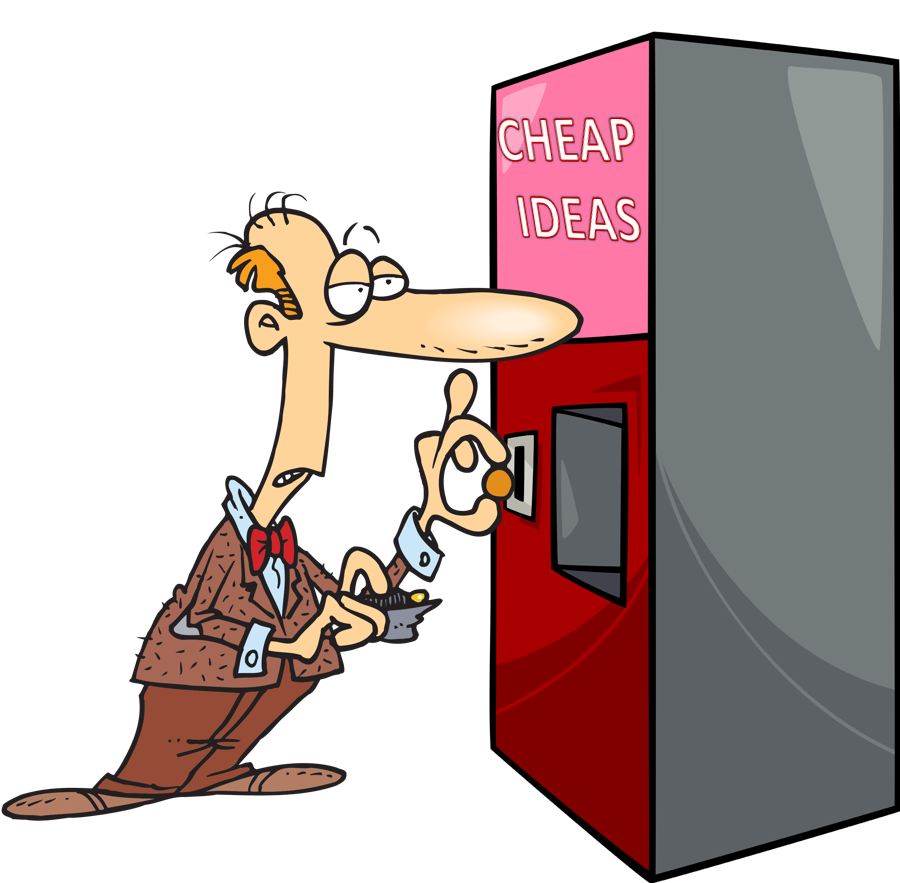 Innovation: The Value of being Cheap in the Information Age

Ernest (Lord) Rutherford, who some people call the father of nuclear physics, once famously said, “We have no money, therefore we must think.” Money is just one resource that can constrain innovation efforts and force people to think more creatively. Even if an organization is blessed with resources, some pundits believe innovation teams ought to be given constraints under which to work in order to ensure they think more creatively. One of the best constraints organizations can use is to force people to think “cheap.” Resilient people in developing countries have learned how to solve problems cheaply but effectively with very limited resources. Some of those solutions have found their way into developed economies in a process known as reverse innovation. Indian entrepreneurs have a long history of doing more with less. The process is called “jugaad” (pronounced jewgard), which literally means “somehow get it done.” However, thinking “cheap” isn’t just about making do, it is also about making life more affordable for more people.

“Supercomputers and space travel get all the press,” writes Tim Harford (@TimHarford). “Merely being cheap doesn’t. But being cheap can change the world.”[1] He points to electricity as a breakthrough that changed the world. It took the Industrial Revolution to the next level. It also changed peoples’ lives. The taming of electricity certainly deserves the attention and acclaim it has received, but, he explains, “We need to be careful, not to overlook much simpler technological advances. The lightbulb is a safer and more controllable source of artificial light than the candle or the oil lamp, but what really makes it transformative is its price — the cost of illumination has fallen approximately 400-fold in the past two centuries.” He continues, “Consider barbed wire (cheap fencing), the shipping container (cheap logistics), or the digital spreadsheet (cheap arithmetic). Ikea gave us cheap furniture, and the same principles of simple modular assembly are giving us cheaper solar panels, too. My favorite example is paper: the Gutenberg press radically reduced the cost of producing writing, but it was of little use without an accompanying fall in the cost of a writing surface. Compared to papyrus, parchment or silk, one of paper’s most important properties was that it cost very little.”

Harford isn’t the only person to recognize the importance of making things cheaper. Three professors from the University of Toronto’s Rotman School of Management, Ajay Agrawal, Joshua Gans (@joshgans), and Avi Goldfarb (@avicgoldfarb), make the profound observation that technology’s primary value is making things cheaper. “Technological revolutions,” they write, “tend to involve some important activity becoming cheap.”[2] In the Information Age, cognitive technologies are making answers cheap. Kevin Kelly (@kevin2kelly), founding Executive Editor of Wired magazine, notes, “While answers become cheap, our questions become valuable. This is the inverse of the situation for the past millennia, when it was easier to ask a question than to answer it.”[3]

The value of “cheap” in the Information Age

Kelly writes, “There is great opportunity and a lot of money to be made in developing new technologies to provide instant, cheap, correct answers to the world’s billions of questions every minute. … Answers are on their way to becoming a commodity. It will not be an exaggeration to say that if you want an answer in the future you will ask a machine. It will deliver a great one for free.” The new technologies to which Kelly refers are artificial intelligence (AI) related technologies like machine learning and cognitive computing.

Some of the cheap answers provided by cognitive technologies will come in the form of predictions. Agrawal, Gans, and Goldfarb explain, “Machine intelligence is, in its essence, a prediction technology, so the economic shift will center around a drop in the cost of prediction. The first effect of machine intelligence will be to lower the cost of goods and services that rely on prediction. This matters because prediction is an input to a host of activities including transportation, agriculture, healthcare, energy manufacturing, and retail. When the cost of any input falls so precipitously, there are two other well-established economic implications. First, we will start using prediction to perform tasks where we previously didn’t. Second, the value of other things that complement prediction will rise.” Cheap answers and predictions will often emerge from ecosystems that link machines generating data to cognitive machines that can analyze that data. On the front end of that ecosystem are sensors. Harford writes, “We are surrounded by inexpensive sensors — in our phones, increasingly in our cars — continually taking in information about the world.” He concludes, “Some automated predictions are already marvelously good, but many are changing the world not because they are omniscient, but because they’re good enough — and cheap.”

Abhinav Agrawal, a principal at A.T. Kearney, and Stefano Brandinali, Chief Digital Officer at Prysmian Group, agree that frugal innovation will play an important role in the Information Age. “Although it may not seem intuitive,” they write, “resource constraints can spark frugal digital innovation. Business leaders who see such constraints as the end of digital innovation need only look at the creative solutions launched with little funding in underdeveloped countries. … As these programs show, rather than stifle innovation, resource constraints can be a platform for frugal digital innovation for any company ready to think beyond the past, willing to find partners outside traditional vendors, and eager to be agile and creative.”[4] Where do humans fit into this new Digital Age innovation framework? Kelly writes, “The role of humans, at least for a while, will be to ask questions. To ask a great question will be seen as the mark of an educated person. A great question, ironically, produces not only a good answer, but also more good follow-up questions. Great question creators will be seen, properly, as the engines that generate the new industries, new brands and new possibilities that our restless species can explore. A good question is worth a million good answers. Questioning is simply more powerful than answering.”

Agrawal, Gans, and Goldfarb also see a continuing important role for humans. They explain, “As machine intelligence improves, the value of human prediction skills will decrease because machine prediction will provide a cheaper and better substitute for human prediction, just as machines did for arithmetic. However, this does not spell doom for human jobs, as many experts suggest. That’s because the value of human judgment skills will increase. Using the language of economics, judgment is a complement to prediction and therefore when the cost of prediction falls demand for judgment rises. We’ll want more human judgment.” Technology will continue to improve our lives, make important things cheaper, and, fortunately, increase the value of some human capabilities in the bargain.