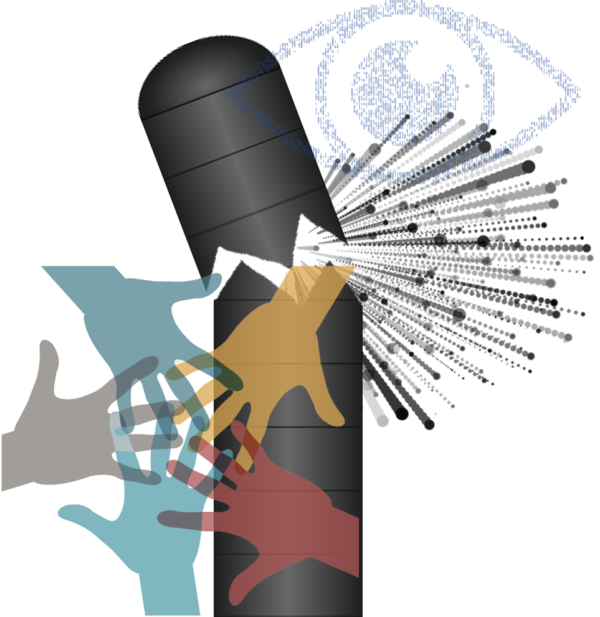 For decades, innovation gurus have suggested companies dump their “not invented here” mentality that rejects the embrace of ideas generated outside of company circles. One CEO, Terry Brewer, founder Brewer Science, doesn’t need convincing. Jill Jusko (@JJuskoIW) reports, “Brewer does not believe in walls. He does not appreciate segments. And he actively works to break down silos.”[1] Brewer credits his STEM (science, technology, engineering, and math) background for giving him his perspective. He explains, “STEM is a great tool to help us understand the world is not segmented and it is a continuum. STEM provides a technique or an approach, a messaging, an awareness for students that there is a different perspective to view problems and the solutions with. STEM is not siloed primarily because you have to work in teams with multiple disciplines, so right away the nature of the problem has been changed. It’s no longer answer the problems at the back of the chapter. The definition of the problem, which is the real skill, has been broadened. Some people call it STEAM, they add ‘art’ to it, and that’s great. The point is, STEM is de-siloing knowledge and the use of knowledge.”

The value of breaking down silos

The deleterious effects of organizational silos have received a lot of press over the years. Saul Kaplan, founder and Chief Catalyst of the Business Innovation Factory, believes many organizations fail to innovate because of silos. He explains:

“How many capabilities are locked away, underleveraged in organizational or industry silos? Who hasn’t suffered a severe case of innovator’s envy, coveting access to information and capabilities that seem so tantalizingly close? Most innovation doesn’t require inventing anything new. It is often just a matter of combining and recombining capabilities across disciplines, organizations, and sectors. The problem is that those capabilities are often impossible to access. The biggest opportunities in health care, education, security, and energy lie in the gray areas between silos. We need to think and act more horizontally. In doing so, we’ll connect unusual suspects in purposeful ways.”

Breaking down silos imposed by education also turns out to be beneficial. Briana Sell Stenard (@BStenard), an assistant professor of management and entrepreneurship at the Stetson School of Business and Economics at Mercer University, studied why people ended up taking jobs in fields outside of their educational backgrounds. The reasons, it turns out, were many, but the benefits of working in diverse fields were surprising. “It turns out,” she writes, “that mismatches have benefits for workers. Our research found evidence that these employees are better positioned to acquire new skills and knowledge. … Those who are mismatched for voluntary reasons are particularly more likely to move into entrepreneurship.”[3] She warns, however, mismatched employees may not be good for employers. She explains, “Our research underscores the value of hiring workers to jobs that fit their STEM educational backgrounds. Mismatched employees are likely to be less satisfied with their job, which can make them less productive. Moreover, mismatched employees are more likely to move to other firms or start their own businesses. Such mobility can have negative consequences for their current employers.” On the brighter side, “It’s not necessarily bad for the economy. Our results offer insights to policy makers looking to encourage technology entrepreneurship among scientists and engineers. The population of workers employed outside STEM fields may be an overlooked recruiting ground.”

The value of broadening perspectives

It may be true that employees slotted into positions outside their field of expertise are likely to look for new jobs. Too often they fail to see the opportunities such positions offer them. I suggest there may be a strategy that benefits both employees and employers — multidisciplinary innovation teams. Dave Buonaguidi, CP+B London’s chief creative officer, notes, “To be creative is a process, which works best when you engage in the creative process with others.”[4] I wholeheartedly agree with Buonaguidi about the importance of engaging with others. Doing so exposes one to new ideas and new perspectives. This concept is nothing new. Frans Johansson claims the Medici family understood the importance of idea exchanges during the Italian Renaissance. He calls it “The Medici Effect.” Johansson discusses the value of creating a space in which people from diverse fields of expertise can get together to exchange ideas. The Medici’s were able to use their wealth to bring artists, philosophers, theologians, and scientists to Florence where their combined intellect helped burst the historical pall known as the Dark Ages. The secret to innovation, however, was not just the exchange of ideas but connecting them in new ways. Multidisciplinary teams can keep employees interested and engaged while exposing them to new fields that can spark their imaginations.

People don’t often insert themselves into uncomfortable situations. One of the beauties of multidisciplinary innovation teams is that employers don’t have to request employees to work outside their comfort zones. Instead, they ask them to add their expertise to a team designed to solve a problem. Exposure to other disciplines and the generation of new ideas are natural byproducts of team interaction. If there is discomfort, it will be associated with the innovation process itself rather than having to step outside one’s area of expertise. Henry Doss (@HenryHartDoss), a venture capitalist and self-proclaimed futurist, explains, “The difficult part about the irony of innovation can be thought of as dualism, or conflict or — to wax a bit fancy — dialectic. Innovation is the constant interplay of order and chaos, of planning and serendipity, of intention and luck. In a very real sense, the actual state of innovation is anathema to a social or organizational order that is fundamentally built on planning or prediction. This is why we refer to innovation as ‘disruptive.’ That is because innovation disrupts; it does not organize. … G. K. Chesterton wrote about our ability to ‘combine furious opposites, by keeping them both, and keeping them both furious.’ And this seems like great advice for anyone who wants to contribute to innovation: recognize and embrace the irony of order and chaos, and be comfortable allowing the chaotic into your ‘plans’.”[5] Multidisciplinary innovation teams are excellent platforms for combining and maintaining the furious opposites of innovation.

By breaking down silos and broadening perspectives, companies have the best chance of creating a culture of innovation. Encouraging people to leverage their expertise while opening their minds to new possibilities will place them in the gray areas between silos where so many innovative ideas are found. Innovation isn’t necessarily about new things; it’s about creating new value. Innovation is often about bringing together existing things in a new way. The smartphone is an excellent example. Mobile phones existed; digital cameras existed; and Internet connectivity existed. The smartphone brought these technologies together in a single product and made history by creating new value. Bringing multidisciplinary innovation teams together to address business challenges is the first step in creating new value.