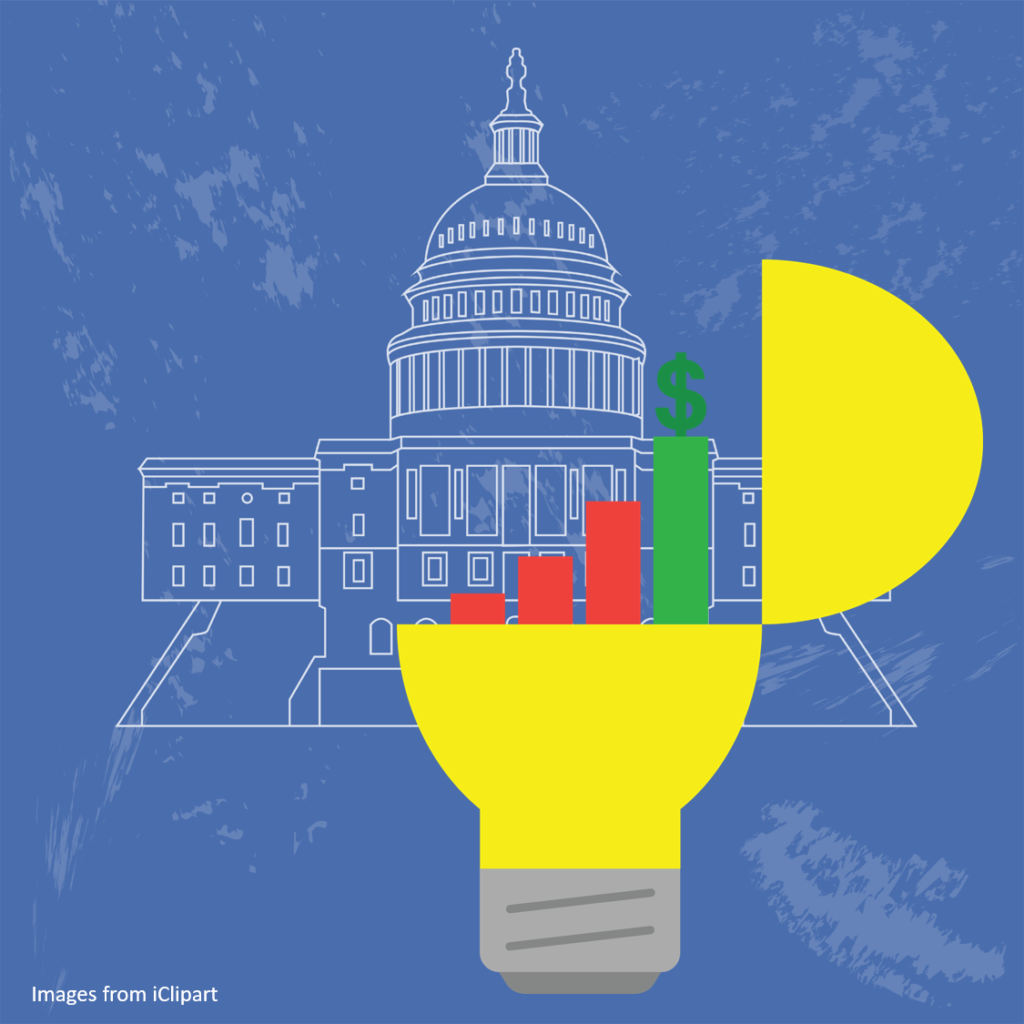 In late April 2018, the Joint Economic Committee of the U.S. Congress conducted a hearing on the subject of innovation and economic growth. The link between innovation and growth has long been a business topic. We are all familiar with the oft-heard mantra “innovate or die” as it pertains to individual businesses. Does the mantra apply to countries as well? Probably not; but, one of the subject matter experts asked to testify asserted there is a definite link between innovation and growth. That expert was Michael R. Strain (@MichaelRStrain), Director of Economic Policy Studies and Resident Scholar at the American Enterprise Institute. He began his testimony with a statement about the importance of economic growth.[1] He stated:

“Economic growth drives increases in living standards and improves quality of life. A simple examination of the fruits of economic growth over the past two centuries — dramatic reductions in child mortality rates and poverty rates, significant increases in leisure time, longer lifespans, access to modern education and medical care — demonstrates what growth can do for individuals and societies. It has been discouraging to see some downplay the importance of economic growth in the public square. Imagine if our forefathers had done the same. Public policy is rightly concerned with increasing the rate of economic growth. Indeed, it should be among Congress’ top concerns. … Over longer time horizons, the most important driver of growth is innovation. And fundamentally, innovation is driven by letting loose the creative power of individuals to invent new and better ways of producing goods and services and, of course, new goods and services themselves.”

His point is clear: If America is to maintain its place as an economic superpower, Congress must enact policies supporting innovation efforts in both the public and private sectors. The mantra “innovate or die” might not be wholly applicable to countries; but, citizens of a country whose economy fails to grow will nevertheless suffer untold hardships.

The U.S. and innovation

A couple of years ago, Gary Shapiro (@GaryShapiro), President and CEO of the Consumer Technology Association, claimed, “The U.S. nurtures innovation better than anywhere else in the world.”[2] According to the annual Global Innovation Index, published jointly by INSEAD, the World Intellectual Property Organization, and Cornell University, Shapiro’s claim is a bit suspect. Although the United States has consistently ranked in the Index’s Top Ten, the last time it topped the list was in 2007. In 2010, the U.S. didn’t even finish in the Top Ten coming in at number 11. Pam Tobey (@tobeypam) reports, “The index covers many variables that contribute to innovation, including institutions, human capital and research, infrastructure, market and business sophistication, knowledge and technology and creativity. It gathers data for 81 different indicators in 143 economies to come up with rankings.”[3] The following chart shows where the U.S. has ranked since it rejoined the Top Ten list.

Even if the U.S. doesn’t nurture innovation better than everyone else, it’s still a great innovative nation. The Joint Committee hearing discussed above is aimed at keeping America one of the best places to innovate. When you look at the indicators measured by the Global Innovation Index — namely, institutions, human capital and research, infrastructure, market and business sophistication, knowledge and technology and creativity — Strain told members of the Joint Committee the place to start is with human capital. He rhetorically asked, “How can Congress foster innovation?” His answer:

“One important way is to improve the skills of workers, helping to enable individuals to innovate. Education reform designed to teach twenty-first century skills is critical. A stronger emphasis on work-based learning for workers with high school degrees is critical. And, in my view, increasing the number of highly skilled immigrants allowed to live and work in the United States is critical as well. Immigrants start businesses at a higher rate than native-born workers. Perhaps more importantly, businesses in science and technology industries are disproportionately likely to be founded by an immigrant. Many of the most innovative companies in the United States were founded by immigrants.”

Shapiro agrees with Strain on that point. “We are a nation of immigrants,” he writes. “Immigrating to the U.S. to create a better life is a mindset that encourages our best and brightest, regardless of their backgrounds or birthrights, to rise to the top. The diverse histories immigrants bring with them to our shores contribute new perspectives and great ideas.”

What else can Congress do?

In addition to promoting human capital, Congress can play a role in other ways as well. Strain notes, “Two important ways government supports innovation are through funding basic research and producing the economic and social statistics required by businesses, researchers, and policymakers. It is critical that Congress not step back from these responsibilities.” Darrell M. West (@darrwest), Vice President and Director of Governance Studies at the Brookings Institution, was another subject matter expert who spoke before the Joint Committee. In his testimony, West argued, “The United States should take six steps to increase opportunity and make sure it does not fall behind other leading nations.”[4] These actions include:

I agree with both Strain and West about the importance of government funding for basic research. To read more about why this is important, read my article entitled “The Usefulness of Useless Knowledge in an Innovative World.” I also agree with them about the importance of preparing America’s workforce to deal with a technologically-advanced future. We need to promote science, technology, engineering, and math (STEM) subjects beginning in primary school. We need to reform our education system so it can help prepare students to fill jobs that don’t yet exist but will involve working in close collaboration with cognitive technologies. I believe so strongly in this path forward I, along with a few colleagues, founded a non-profit organization, The Project for STEM Competitiveness, to help get a project-based, problem-solving STEM education into schools near where we live.

Both West and Strain appear to support strengthening areas measured by the Global Innovation Index. During his remarks West testified, “The United States is at a critical inflection point in its history. Our success in technology innovation and building some of the world’s greatest internet platforms has positioned us for global leadership but also exposes us to risks in terms of the societal ramifications of digital disruption. … At this crucial moment, it is vital that we as a people and as a government invest in infrastructure, human capital, and research capacity because those are the things that will propel long-term growth and help us deal with the transition to a digital economy.” Strain added, “Where innovation comes from is largely a mystery. But a hypothesis worth taking seriously is the intersection of strong institutions and a culture that supports risk taking, skill accumulation, hard work, and creativity. Many public policy decisions in a wide array of domains subtly and indirectly affect these values and dispositions. The total effect of those decisions might be significant.” America cannot expect to remain one of the top innovative nations if it fails to invest in research, promote a strong business environment, or close its doors to the world’s best minds. Congress can play a significant role in ensuring that does not happen.