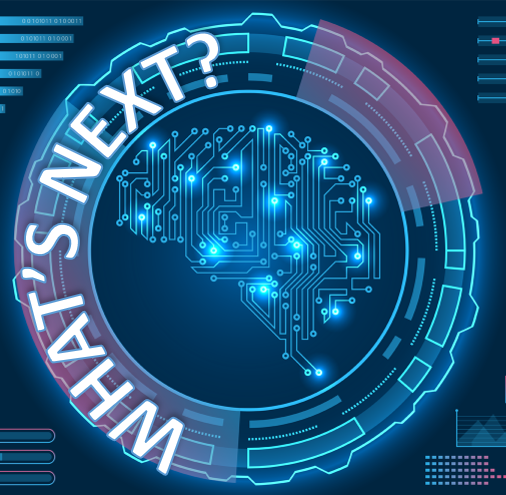 Innovating to Create Your Future

Abraham Lincoln once stated, “The best way to predict your future is to create it.” I like that sentiment because it’s action oriented. Like many of life’s activities, the road to action begins with a question: What’s next? The staff at Ideas for Leaders (IFL) explains, “Asking, ‘What’s Next?’ has always led humans throughout history to create a better future.”[1] They add, “Answering, ‘What’s Next?’ is not an easy task in today’s ambiguous and complex world.” I believe answering the “What’s next?” question requires answering a series of “What if?” questions. Whenever you ponder the future you have to use what Peter Schwartz (@peterschwartz2) calls The Art of the Long View. Other futurists simply refer to this activity as “what if” thinking or scenario analysis. The ambiguity noted by the IFL staff makes what-if thinking a critical part of any activity aimed at determining what’s next. If your company is not worried about what comes next, it’s setting itself up for failure. Alan Gershenhorn (@AlanGershenhorn), Chief Commercial Officer at UPS, notes, “Competition is coming from all corners of the globe — and it’s not just traditional competitors who want to sneak up on you and eat your lunch. The next major threat to your business might not even exist yet.”[2] Boston Consulting Group (BCG) analysts Luc de Brabandere and Alan Iny assert, “The ‘what if?’ school of thinking clearly has a place in the business world.”[3]

There is a reason Schwartz calls scenario analysis an “art” rather than a “science.” Like any art, the skills required to do it well require both training and practice. The IFL staff notes, “Today, with the world more interconnected than ever, entire industries revolutionized by upstarts, social media networks connecting billions of users shaping consumer trends, international online business booming… in short, with the world more complex and ambiguous than ever before, answering ‘What’s next?’ is not easy. In the context of a world that offers more questions than clear-cut answers, leaders seeking to answer, ‘what’s next?’ will be required to have four ‘nextsensing’ skills.” Those skills are:

River Logic analysts note, “For the first time in history, prescribing the best paths forward based on data-backed analytics — what we call prescriptive analytics — is within reach. A process known as scenario analysis allows organizations to determine outcomes from various inputs. For example, an organization can consider a range of economic, geopolitical, and technological issues, and create plans on how they might evolve into the future.”[4] It should come as no surprise that the digital age has created new tools for helping companies create the future they desire. Barry Ritholtz (@ritholtz), Chairman and CIO of Ritholtz Wealth Management, notes, “Every so often, a business totally upends its industry and the phrase [‘paradigm shift’] is wholly applicable. Beyond mere iterations or gradual progress, these companies completely change how they and their competitors do business, from what they sell, to how they generate a profit.”[5] He points to four such companies: Apple, Amazon, Uber, and Tesla. Their leaders created the future.

The worst possible future, of course, is extinction. McKinsey & Company analysts Marc de Jong and Menno van Dijk observe, “Let’s face it: business models are less durable than they used to be. The basic rules of the game for creating and capturing economic value were once fixed in place for years, even decades, as companies tried to execute the same business models better than their competitors did. But now, business models are subject to rapid displacement, disruption, and, in extreme cases, outright destruction.”[5] Gershenhorn warns that company executives who focus on the “here and now” rather than the “now and later” are the ones most likely to put their company’s future in jeopardy.

The IFL staff concludes, “While nature lives, grows and evolves, humans imagine, invent and reinvent. They will never stop asking, ‘What’s Next’? And for that reason, they will never stop progressing. Progress is the key to sustainability for any organization and the essence of good leadership is to promote progress.” Cognitive technologies can play a significant role in helping business leaders innovate. Chad Steelberg (@ChadSteelberg), Founder and CEO of Veritone, explains, “For the first time in history, the innovation equation is about to change, for it is no longer solely dependent on human cerebral capacity and population growth. … AI will hyper-accelerate the rate of innovation as its algorithmic capabilities and computer-processing power outpace its biological equivalent.”[7] Companies with the foresight to change with the times will find the future a welcoming place.