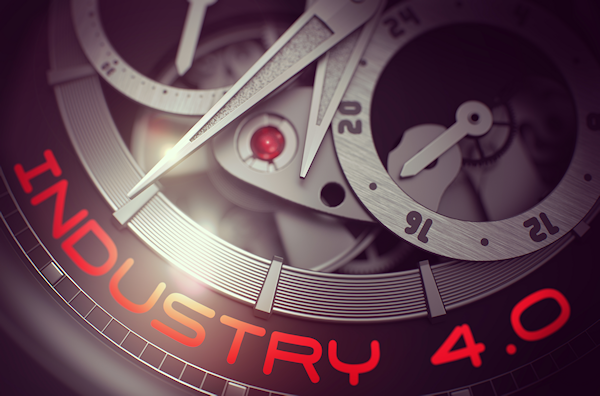 Revolutions can take years to unfold. Such is the case with latest industrial revolution. Gjoko Muratovski, Director of the Ullman School of Design, explains, “The world is being changed in many new ways. The Covid-19 pandemic that has placed the entire planet on hold is just one part of this disruption. Another less dramatic but equally important change is also taking place in the midst of it all: the Fourth Industrial Revolution. Most people are familiar with this development under the term Industry 4.0.”[1] According to Ashwin Kshirasagar, the term Industry 4.0 is nearly a decade old. He writes, “The term Industry 4.0 was coined by the BMBF in Germany (Federal Ministry of Education and Research), which was a project by the German government to focus on the digitization of the manufacturing industry. This term was made public at the Hannover Messe Industrie (HMI Fair) in 2011.”[2] Although some pundits insist manufacturing is simply evolving rather than undergoing a revolution, most subject matter experts agree the confluence of new technologies is producing something akin to an industrial revolution. Muratovski places the start of the revolution around two decades ago. He writes, “At the turn of the century, new cyber-physical systems started shaping the Fourth Industrial Revolution with the intent of taking the automation process to an entirely new level.”

“Manufacturers have reached a bit of a breaking point,” writes Peter Fretty (@pfretty), technology editor at IndustryWeek. “What has been the norm for many years is not going to work moving forward. Businesses need to find better ways to operate — capitalizing on what technology and access to data can offer. … The need to better utilize digital technologies has been lurking in the wings for some time now.”[3] Muratovski insists no industrial sector has been left untouched by the revolution. He asserts, “This new data- and technology-driven revolution, powered by artificial intelligence and machine learning, is emerging in every industry sector.” As Muratovski and Fretty point out, data is driving this new industrial revolution. Manufacturers have always had data; however, once data moved from paper to cyberspace things changed. Organizational silos, in which data was hoarded as part of traditional internecine competition, became anathema in the digital age. Corporate collaboration, rather than internal competition, became the goal.

Fretty notes, “There’s never a better time to collaborate and drive digital transformation. However, collaboration has been illusive as manufacturers have pursued digitalization initiatives.” Why? Many of today’s older managers cut their teeth on the old saw “knowledge is power.” Hoarding information that made them and their departments look better than other departments became almost a game. The game is over. According to Fretty, “Embracing competition rather than collaboration has resulted in: Increased costs by almost 6 percent; realizing a 6 percent boost in revenues vs. an anticipated 11.3 percent; and, a whopping 64% failing to see any revenue growth as a result of their investments.” In a competitive business environment, organizations can’t afford unnecessary costs and lost revenues if they hope to survive.

Although Industry 4.0 is data-driven, data without analysis is useless. Paired with cognitive technologies, however, data can be powerful. Louis Tetu (@CoveoLouis), CEO of Coveo, explains, “Being digital won’t be enough; the companies that will succeed are the ones that create intelligent experiences that people have come to expect. The companies that fail will be those that can’t quickly adapt their digital transformation roadmap to this new AI and data-powered experiences imperative.”[4] He goes on to state, “Companies are starting to realize that they need to go beyond just being digital, to be truly relevant in every digital interaction with their customers. Leaders across every industry are harnessing the power of data and AI to make this happen — and this gap between the leaders and the rest will only grow wider.”

When should manufacturers join the revolution?

The simple answer to the question just posed is “now.” Tetu insists, “Manufacturers who choose to stay with the status quo and wait for the ‘back to normal’ phase to begin will fall behind.” Nigel Stacey, Accenture’s Industry X.0 Global Lead, offers a few recommendations about how manufacturers can move forward and become part of Industry 4.0.[5] Those recommendations include:

1. Establish a Clear Vision. “The first thing that companies need to do — and it needs to come from the top — is establish a vision for digital transformation, with a clearly articulated strategy aligned across all functions.”

2. Set and Communicate Expectations. “The second critical thing is setting an expectation around behavior, including the leader’s ability to role model those behaviors, and not just for a day or two.” Too often people don’t change old competitive habits until they see collaboration, rather than competition, being rewarded.

3. Embrace a Structure. “As with any wide sweeping initiative, digital transformation needs a governance structure including reward mechanisms to support the vision and strategy.” He adds, “Everybody [needs to be] aligned around how the company measures performance and success is crucial.”

Cognitive technologies can support those recommendations by analyzing data and making information and insights available to everyone who needs it. Armed with the same information, people are better situated to cooperate. According to Michael Sharp, a reliability engineer in the Systems Integration Division at NIST, interacting with cognitive systems is inevitable. “As the digital age moves forward,” he writes, “it’s becoming impossible to avoid interacting with artificial intelligence (AI) systems. Computer assistants and AIs perform an ever-growing range of tasks that are broadly intended to improve our quality of life. This extends to industry as well.”[6] He goes on to note, “When these tools and algorithms target problems in physical (non-digital) industries, they fall into the special realm of industrial AI, or IAI. The many unique needs and challenges of industry set these algorithms apart from their more broadly used counterparts. Specific industries even have special names for the adoption of IAI technologies. For example, manufacturing engineers use terms such as Industry 4.0 and ‘smart manufacturing.’ These all reflect the growing adoption and application of AI to problems previously thought unable to be automated.” Sharp also writes about the importance of the data used by cognitive technologies. “Good AI also needs good data,” he explains. “Data quality during training, testing and operations has an enormous impact on the performance of any AI system.”

If your organization isn’t yet part of the revolution, it will be soon if it wants to survive. Sharp puts it bluntly. He writes, “No organization wishes they were less digital right now, as we are witnessing a form of business Darwinism where the most adaptable, through technology enablement, are surviving much better through this crisis. Manufacturers who have embraced flexible manufacturing, 4.0, digital supply-chain optimization, digital commerce, digital service and the cloud, are currently thriving. Those who had plans to do this will be compelled to invest much faster, as the world is experiencing digital excellence at a much faster pace right now since this has become the only alternative.” Like all revolutions, there will be disruption, pain, and suffering as a new order replaces an old order. The more you plan, support, and persist in your efforts, the smoother the transformation will become.