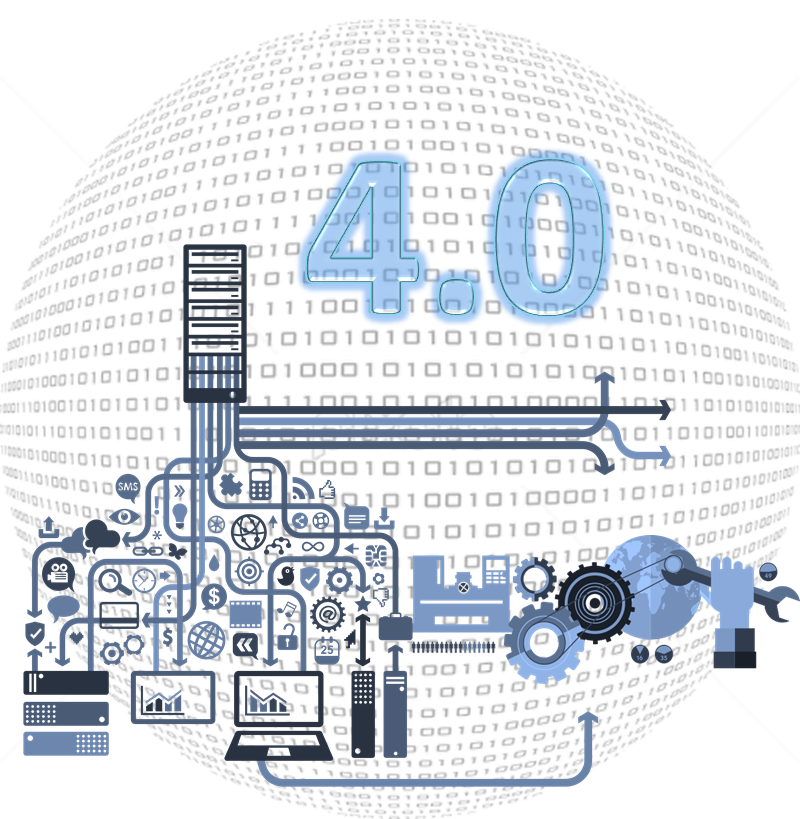 A few years ago, analysts from Source One wrote, “Many analysts would assert that the U.S. and the global manufacturing industry as a whole is due for an industrial revolution. To some, what the new age of production will look like is somewhat of a mystery. Will factories be completely devoid of human labor? Is a new form of ‘raw’ materials to be established? How can artificial intelligence contribute to future development?”[1] Most analysts now agree we are at the beginnings of a new industrial revolution which is becoming widely known as Industry 4.0. In his opening remarks at the 2016 meeting of the World Economic Forum in Davos, Switzerland, Klaus Schwab, Executive Chairman of the WEF, stated, “We stand on the brink of a technological revolution that will fundamentally alter the way we live, work, and relate to one another. In its scale, scope, and complexity, the transformation will be unlike anything humankind has experienced before. We do not yet know just how it will unfold, but one thing is clear: the response to it must be integrated and comprehensive, involving all stakeholders of the global polity, from the public and private sectors to academia and civil society.”[2]

Sam Francis explains, “Industry 4.0 is a term first coined in Germany to refer to the digitisation of manufacturing, allowing German manufacturing to build on its competitive edge. It is often referred to as the fourth industrial revolution.”[3] Schwab explained how the new Industry 4.0 era differs from past industrial revolutions. “The First Industrial Revolution,” he stated, “used water and steam power to mechanize production. The Second used electric power to create mass production. The Third used electronics and information technology to automate production. Now a Fourth Industrial Revolution is building on the Third, the digital revolution that has been occurring since the middle of the last century. It is characterized by a fusion of technologies that is blurring the lines between the physical, digital, and biological spheres.” Over the past couple of years, what Industry 4.0 will look like has become less of a mystery as the technologies that will drive it have matured and how they will be used has come into clearer focus. Even so, Francis reports a UK survey found, “Only 8 per cent of UK manufacturers have a significant understanding of Industry 4.0 processes despite 59 per cent recognising that the fourth industrial revolution will have a big impact on the sector.”

Andrew Waycott (@andrew_waycott), Chief Operating Officer and Chief Technology Officer at Factora, asks and answers a few questions about Industry 4.0, to help explain why the revolution is happening now and why it’s important.[4]

In a nutshell, Industry 4.0 combines the connectivity of the Internet of Things (IoT) with data storage and analysis to generate new efficiencies and insights never before possible. Although that sounds easy, it’s not. The IoT is going to connect billions of sensors that will generate oceans of data that will need to be stored and analyzed. Making sense of all this data will require artificial intelligence and machine learning capabilities. Many analysts predict that cognitive computing platforms will form the foundation upon which Industry 4.0 organizations will be built because these platforms can handle both structured and unstructured data and deal with many more variables than older analytic systems.

Derrick Johnson, vice president of marketing at UPS, asserts, “Smart operations are crucial to the long-term success of any manufacturing company. The strategy enables manufacturers with limited resources to serve their increasingly demanding customers faster.”[5] The important point that Johnson makes is that Industry 4.0 is all about turning data into action. Even though Industry 4.0 starts with data, if that data lies fallow in some large database, it has little value. Turning data into action requires the analytic power of cognitive platforms. According to results from a survey conducted last year by Honeywell (Data’s Big Impact on Manufacturing: A Study of Executive Opinions), manufacturers understand the importance of analytics on their future. Writing about those results, Louis Columbus (@LouisColumbus) reports, “The insights gained from big data analytics and the Industrial Internet of Things (IIoT) to drive greater manufacturing intelligence and operations performance is considered essential by 68% of manufacturers. These manufacturers are planning to increase their investment in data analytics in the next 12 months to improve operational performance and gain greater insights into how they can excel.”[6] The survey also found:

Christopher Mims (@mims) explains, “The goal is to break data out of its silos — the machine, the factory floor, the shipping and logistics system — and pool it in a way allows for real-time decision-making. Here are examples of what this ‘revolution’ can accomplish: deciphering how ambient air temperature affects productivity of an entire factory. Or ramping up and down production in a way that is more responsive to sales. Or preventing unplanned downtime, as when a single critical machine breaks unexpectedly, which can be incredibly costly because it can hold up an enormous production line stretching from raw materials to finished goods.”[7] The ways analytics can be used to make manufacturing smarter are almost endless.

Schwab concluding remarks to the WEF are worth noting, “There are three reasons why today’s transformations represent not merely a prolongation of the Third Industrial Revolution but rather the arrival of a Fourth and distinct one: velocity, scope, and systems impact. The speed of current breakthroughs has no historical precedent. When compared with previous industrial revolutions, the Fourth is evolving at an exponential rather than a linear pace. Moreover, it is disrupting almost every industry in every country. And the breadth and depth of these changes herald the transformation of entire systems of production, management, and governance. The possibilities of billions of people connected by mobile devices, with unprecedented processing power, storage capacity, and access to knowledge, are unlimited. And these possibilities will be multiplied by emerging technology breakthroughs in fields such as artificial intelligence, robotics, the Internet of Things, autonomous vehicles, 3-D printing, nanotechnology, biotechnology, materials science, energy storage, and quantum computing.” Quantum computing is still a ways off. In the interim, cognitive computing platforms will be the glue that binds Industry 4.0 technologies together and drives the revolution to the next level.

Footnotes
[1] Source One Staff, “Could The US Be At The Helm Of The Next Industrial Revolution?” The Strategic Sourcerer, 11 November 2014.
[2] Klaus Schwab, “The Fourth Industrial Revolution,” Longitudes, 19 January 2016.
[3] Sam Francis, “‘Nobody understands me,’ moans Industry 4.0,” Robotics & Automation News, 16 June 2016.
[4] Andrew Waycott, “Five Questions about Smart Manufacturing,” IndustryWeek, 12 July 2016.
[5] UPS, “‘Smart Operations’ and the Future of Manufacturing,” The Wall Street Journal, September 2016.
[6] Louis Columbus, “Big Data Analytics’ Potential To Revolutionize Manufacturing Is Within Reach,” Forbes, 18 September 2016.
[7] Christopher Mims, “How U.S. Manufacturing Is About to Get Smarter,” The Wall Street Journal, 13 November 2016.