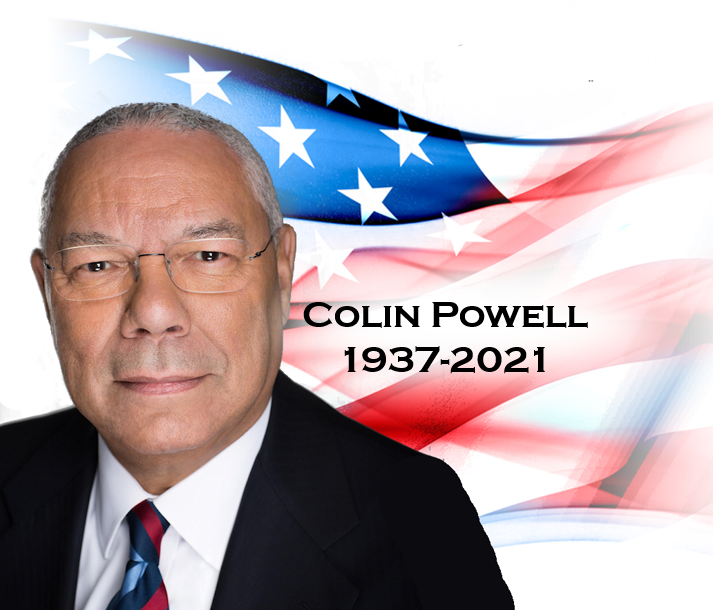 Former Secretary of State; former Chairman of the Joint Chiefs of Staff; former National Security Advisor; former Four-Star General; and reluctant warrior Colin Luther Powell passed away yesterday at the age of 84 — may he rest in peace as his tour of duty ends and taps are played.

When retrospective of the COVID-19 pandemic is finally written, one of the casualties surely to be highlighted is Colin L. Powell. During his 84 years on the planet, he broke many barriers and wore many hats. He is one of those unique historical figures whose life can’t be pigeon-holed. He was an activist, a soldier, a politician, and a statesman — but, above all else, he was a gentleman with integrity. Upon learning of his passing, President Joe Biden wrote, “The son of immigrants, born in New York City, raised in Harlem and the South Bronx, a graduate of the City College of New York, he rose to the highest ranks of the United States military and to advise four presidents. He believed in the promise of America because he lived it. And he devoted much of his life to making that promise a reality for so many others.”[1]

Thirty-five years of Colin Powell’s adult working life was spent in the military. Journalist Bradley Graham writes, “[Colin Powell] rose rapidly through the Army to become the youngest and first Black chairman of the Joint Chiefs. His climb was helped by a string of jobs as military assistant to high-level government officials and a stint as national security adviser to President Ronald Reagan. Charming, eloquent and skilled at managing, he had a knack for exuding authority while also putting others at ease.”[2] This knack for putting others at ease while exuding authority was one reason President George W. Bush appointed him to be America’s 65th Secretary of State.

In his statement following, the Secretary’s death, President Bush noted, “Many Presidents relied on General Powell’s counsel and experience. He was National Security Adviser under President Reagan, Chairman of the Joint Chiefs of Staff under my father and President Clinton, and Secretary of State during my Administration. He was such a favorite of Presidents that he earned the Presidential Medal of Freedom — twice.”[3] Other decorations he received as a civilian included the Congressional Gold Medal, the Presidential Citizens Medal, the Secretary of State Distinguished Service Medal, and the Secretary of Energy Distinguished Service Medal. President Bill Clinton, the only other living president under whom General Powell served, stated, along with his wife, who also served as a Secretary of State, “Colin Powell was a courageous soldier, a skilled commander, a dedicated diplomat, and a good and decent man. … He lived the promise of America, and spent a lifetime working to help our country, especially our young people, live up to its own ideals and noblest aspirations at home and around the world.”[4]

Reporter Devan Cole observes, “His national popularity soared in the aftermath of the US-led coalition victory during the Gulf War, and for a time in the mid-90s, he was considered a leading contender to become the first Black President of the United States. But his reputation would be forever stained when, as George W. Bush’s first secretary of state, he pushed faulty intelligence before the United Nations to advocate for the Iraq War, which he would later call a ‘blot’ on his record.”[5] Journalist Eric Schmitt reports, “In an interview with The New York Times in 2007, he analyzed himself in the third person: ‘Powell is a problem-solver. He was taught as a soldier to solve problems. So he has views, but he’s not an ideologue. He has passion, but he’s not a fanatic. He’s first and foremost a problem-solver.’”[6] In today’s divisive and dysfunctional political climate, we desperately need more problem-solvers.

As an ordinary American citizen, I appreciate his stalwart commitment to the country and to the solemn oath he took to uphold the Constitution of the United States. Although Colin Powell was not a West Point graduate, he embodied the words spoken there by General Douglas MacArthur, who stated, “Duty, Honor, Country: Those three hallowed words reverently dictate what you ought to be, what you can be, what you will be. They are your rallying points: to build courage when courage seems to fail; to regain faith when there seems to be little cause for faith; to create hope when hope becomes forlorn.”[7] Colin Powell was that kind of person. As President Biden concluded, “Colin Powell was a good man. He will be remembered as one of our great Americans.” 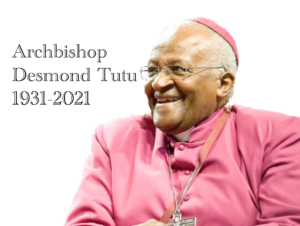 I was very sad to learn of the passing of Archbishop Desmond Tutu. He was a great man whose activities had particular meaning to me