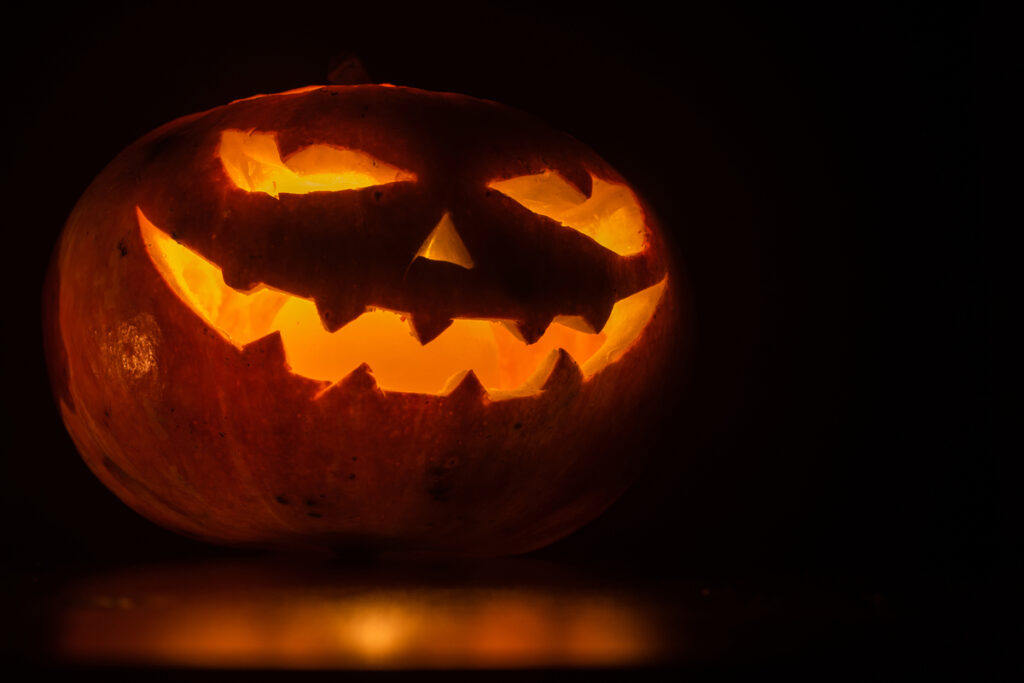 One sure sign that autumn has arrived is the ubiquity of pumpkins in fields, stores, and roadside stands. Have you ever wondered how pumpkin carving — especially the carving of jack-o’-lanterns — became part of the Halloween tradition? The story can be traced to Ireland but little else about the tradition can be reasonably known. Some sources indicate the tradition of carving pumpkins originated in the 19th century. However, History.com asserts, “People have been making jack-o’-lanterns at Halloween for centuries.”[1] Wikipedia indicates that jack-o’-lanterns may have originated as a way to explain another phenomenon called will-o’-the-wisp — “an atmospheric ghost light seen by travelers at night, especially over bogs, swamps or marshes.”[2] To understand the connection between will-o’-the-wisp sightings and jack-o’-lanterns, you need to know the origins of the term “jack.”

According to Merriam-Webster, the term “jack” was a nickname given to night watchmen.[3] It takes little imagination to picture a watchman carrying a lantern as he makes rounds on his night watch. It takes a little more imagination to believe that a ghostly night watchman walks the moors looking for intruders. Merriam-Webster notes, “It’s easy to grasp how people might have associated the natural phenomenon [will-o’-the-wisp] to flickering distant lanterns (held by Jack); however, the connection of jack-o’-lantern to a carved, lit pumpkin is not as clear.” To make that connection, you need a really good story — and that’s exactly what the Irish came up with. Merriam-Webster states, “There are many versions of the story, but they all tend to center on a man named Jack, the devil, and a lit turnip.” Jack was a drunkard more commonly known as Stingy Jack; a name he earned because he did whatever he could to avoid paying for his drinks. History.com continues the tale:

“According to the story, Stingy Jack invited the Devil to have a drink with him. True to his name, Stingy Jack didn’t want to pay for his drink, so he convinced the Devil to turn himself into a coin that Jack could use to buy their drinks. Once the Devil did so, Jack decided to keep the money and put it into his pocket next to a silver cross, which prevented the Devil from changing back into his original form. Jack eventually freed the Devil, under the condition that he would not bother Jack for one year and that, should Jack die, he would not claim his soul.”

A year passes, and the Devil, eager for revenge, again meets up with Stingy Jack. But Jack, apparently as smart as he is stingy, once again bests the Devil. History.com explains:

“The next year, Jack again tricked the Devil into climbing into a tree to pick a piece of fruit. While he was up in the tree, Jack carved a sign of the cross into the tree’s bark so that the Devil could not come down until the Devil promised Jack not to bother him for ten more years.”

Sadly, during that timeframe, Jack dies. Having already secured the Devil’s promise that he wouldn’t claim his soul, Jack attempts to enter heaven. As History.com explains, Jack’s attempt failed:

“As the legend goes, God would not allow such an unsavory figure into heaven. The Devil, upset by the trick Jack had played on him and keeping his word not to claim his soul, would not allow Jack into hell. He sent Jack off into the dark night with only a burning coal to light his way. Jack put the coal into a carved-out turnip and has been roaming the Earth with ever since.”

It’s a fine story, but as Merriam-Webster observes, “[The tale] does not establish a convincing connection between the term [jack-o’-lantern] and the pumpkin.” They offer their own theory:

“A more compelling theory is that the application of jack-o’-lantern to a hollowed-out, carved pumpkin originated in nighttime pumpkin pranks. In 19th-century America, the pumpkin was readily available to young pranksters who knew that a grotesque face could be carved into its hollowed-out body, and that if it were lit up it could be used to frighten unwary people at night. Eventually, people began referring to the pumpkin in the prank as a jack-o’-lantern because of its similar flickering, glowing appearance when lit to the jack-o’-lantern lights seen in marshy areas. The leap from the prank pumpkin to the marsh lights is speculative, but it is reasonable to believe that Americans were aware of the [will-o’-the-wisp] through scientific articles in newspapers and magazines and through stories about Britain.”

Although Journalist Alice Scott (@scott1_alice) agrees carving jack-o’-lanterns out of pumpkins probably has its origins in America, she isn’t willing to let the Irish connection go. She writes, “Jack-o‘-lanterns weren’t actually made out of pumpkins until Irish immigrants discovered them as perfect for carving. The seeds were a staple of the diets of Native Americans, who roasted the fruits over the fire, used them for medicinal purposes or weaved mats out of its fibers. By the 1920s, carving pumpkins became more popular among the general public in the US.”[4]

Scott goes on to note, “Besides Halloween decoration there is demand for pumpkins for bread, pie, wine, ice cream, purees, jams and marmalades, as well as recreational purposes such as pumpkin patches and farms which have become a lucrative agritourism business.” Unfortunately, she also insists there is a dark side to using pumpkins as Halloween decorations. She explains:

“Despite all the excitement of Halloween, pumpkins are strongly connected to food waste. In the US, most of the 900,000 tons of pumpkins produced annually will be trashed rather than used as food or composted. … This behavior contributes to the 1.3 billion tons of global food waste created each year, and the agricultural industry is responsible for 9% of greenhouse gas emissions. Decomposing agricultural products will eventually lead to the emission of methane, which has more than 20 times the warming effect of carbon dioxide. … While certainly not being the main driver behind environmental degradation, pumpkin waste is just one more contributor and more conscious efforts need to be made if we want to avoid a fright in the night from Stingy Jack. So if you are going to buy a pumpkin for Halloween decoration, also think about how to make the best use of this very special fruit.”

Merriam-Webster concludes, “Whatever your belief, the uncertainty of how the pumpkin jack-o’-lantern got its name is certainly fitting for the Halloween decoration. Also fitting is that the first known use of its name in print is in American Gothic writer Nathaniel Hawthorne’s Twice-Told Tales in which the hiding of a legendary bright gem, the Great Carbuncle, is discussed: Hide it [the great Carbuncle] under thy cloak, say’st thou? Why, it will gleam through the holes, and make thee look like a jack-o’lantern!” 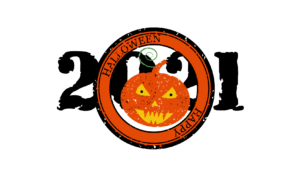 In her book Welcome To Rosie Hopkins’ Sweetshop Of Dreams, author Jenny Colgan (@jennycolgan) wrote, “[Halloween] is the crack between the last golden rays of