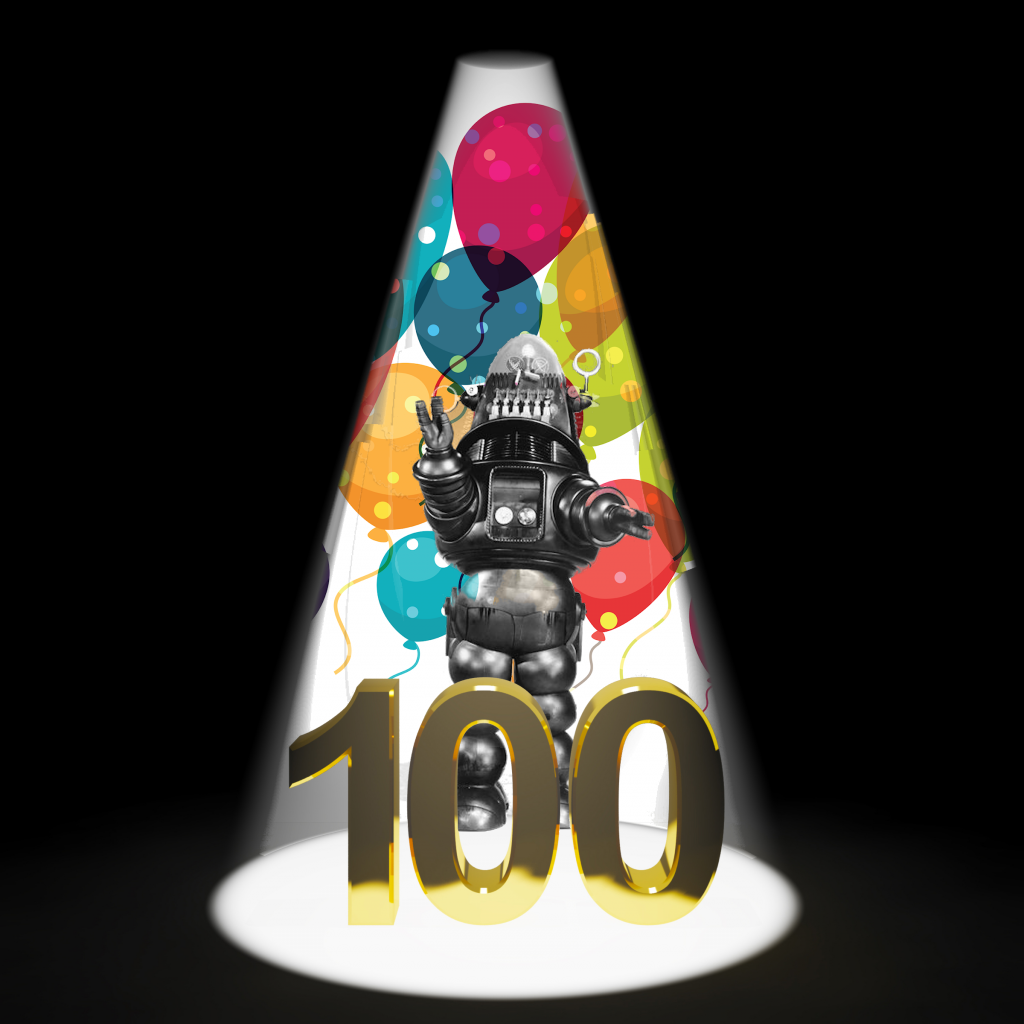 One hundred years ago today, a Czech writer, playwright, and critic named Karel Čapek staged a play entitled R.U.R., which stands for Rossumovi Univerzální Roboti (Rossum’s Universal Robots). It was the first public use of the word robot. The play proved instantly popular and, within two years, was translated into thirty languages. According to Wikipedia, “The play begins in a factory that makes artificial people, called roboti (robots), from synthetic organic matter. They are living creatures of artificial flesh and blood rather than machinery. They may be mistaken for humans and can think for themselves. They seem happy to work for humans at first, but a robot rebellion leads to the extinction of the human race.” It’s a theme that has been embraced by science fiction ever since. Čapek was nominated seven times for the Nobel Prize in Literature; however, he never received it. Perhaps the Nobel committee wasn’t eager to award somebody for predicting humanity’s end. For his part, Čapek didn’t take credit for coining the word “robot,” he gave that distinction to his brother Josef.

Science journalist Matt Simon (@mrMattSimon) writes, “None of humanity’s creations inspires such a confusing mix of awe, admiration, and fear: We want robots to make our lives easier and safer, yet we can’t quite bring ourselves to trust them. We’re crafting them in our own image, yet we are terrified they’ll supplant us.”[1] Simon observes, “Modern robots are not unlike toddlers: It’s hilarious to watch them fall over, but deep down we know that if we laugh too hard, they might develop a complex and grow up to start World War III.” He probably should have said “some modern robots” because not all robots act like children. Technology writer Christopher Mims (@mims) explains, “In a century-long dialogue between inventors of fictional and actual robots, engineers have for the most part been forced to play catch-up, either realizing or subverting the vision of robots first expounded in books, movies and television. Now, the reality of robots is in some areas running ahead of fiction, even ahead of what those who study robots for a living are able to keep track of.”[2]

The world is filled with nearly three million robots, most of them (2.7 million) are industrial robots doing all sorts of work around the globe.[3] There are, of course, all types of robots. The staff at Built In places robots in five categories.[4]

1. Pre-Programmed Robots. “Pre-programmed robots operate in a controlled environment where they do simple, monotonous tasks. An example of a pre-programmed robot would be a mechanical arm on an automotive assembly line. The arm serves one function — to weld a door on, to insert a certain part into the engine, etc. — and it’s job is to perform that task longer, faster and more efficiently than a human.”

2. Humanoid Robots. “Humanoid robots are robots that look like and/or mimic human behavior. These robots usually perform human-like activities (like running, jumping and carrying objects), and are sometimes designed to look like us, even having human faces and expressions. Two of the most prominent examples of humanoid robots are Hanson Robotics’ Sophia (see the video below) and Boston Dynamics’ Atlas.”

3. Autonomous Robots. “Autonomous robots operate independently of human operators. These robots are usually designed to carry out tasks in open environments that do not require human supervision. An example of an autonomous robot would be the Roomba vacuum cleaner, which uses sensors to roam throughout a home freely.”

Simon traces the beginning of the robot revolution to the early 1960s, forty years after Čapek brothers coined the term. Automatons, of course, had been around for centuries; however, Simon asserts a true robot must meet the following guidelines: “A robot is an intelligent, physically embodied machine. A robot can perform tasks autonomously to some degree. And a robot can sense and manipulate its environment.” He asserts, “It wasn’t until the 1960s that a company built something that started meeting those guidelines. That’s when SRI International in Silicon Valley developed Shakey, the first truly mobile and perceptive robot. This tower on wheels was well-named—awkward, slow, twitchy. Equipped with a camera and bump sensors, Shakey could navigate a complex environment. It wasn’t a particularly confident-looking machine, but it was the beginning of the robotic revolution.” People are most fascinated with humanoid robots. Watch the following video about Sophia (Greek for Wisdom) and just watch peoples’ reactions.

One reason we are so interested in anthropomorphic robots is that the world is aging and many aging people are lonely and need assistance; however, they don’t want to be scared s***less by machines attending them. Service robots, as opposed to industrial robots are becoming very popular. Mims explains, “In 2019, 173,000 ‘professional service robots’ were sold and installed, according to the federation. That number is projected to reach 537,000 units a year —a threefold increase — by 2023. These are the kind of robots businesses use outside of manufacturing. They perform a wide variety of functions, including defense, warehouse automation and disinfection in hospitals.” Most of those robots don’t look very human; however, they serve vital functions. Mims observes, “These robots tend to be much smarter, equipped with advanced software, sensors and Wi-Fi or other forms of connectivity. And instead of being hidden away in factories like industrial robots, they can generally do their jobs alongside people, instead of in walled-off areas where humans are forbidden to go. If current growth rates for both of these kinds of robots hold, and we include professional-service robots not counted by the robotics federation, such as those made by companies solely for their own use, then some time in the coming year or so it’s likely service robots will overtake industrial robots in units sold or installed. That trend will bring new benefits for companies and consumers—and new challenges for workers.”

On this celebratory date, we are here to honor, rather than cast dispersions, on robots. Mims concludes, “A century after Čapek introduced the word robot to the English language, the one thing real-life robots have yet to do is run amok and destroy us all, as they did in his play and in countless works of science fiction since. But there’s one thing he did get right: As their ranks swell, and as they take on more tasks in more places, robots are, in their own way, taking over.” Happy Birthday Mr. Robot!