In a previous post [Water Challenges in Israel], I discussed how Israel is using technology to get the most from its limited water resources. Water, of course, is not the only resource challenge faced by Israelis. This small country (about the size of New Jersey) is mostly desert and is surrounded by unfriendly neighbors. For years, the Israelis have proven that necessity is the mother of invention. One of the areas in which Israeli innovators are making an impact is clean technology [“Israel’s Clean Technology Pioneers,” by Roben Farzad, BusinessWeek, 7 May 2009]. Farzad notes that Israelis are “pros at getting the most out of limited natural resources.” He begins his article, however, by mentioning a company that makes it money operating outside of Israel by helping other countries exploit their geothermal resources. The company is called Ormat Technologies. According to BusinessWeek‘s company overview:

Farzad says that Ormat Technologies is also based in “Yavne, a hazy industrial corridor in central Israel.” In the article, he also discusses innovative enterprises that are both based and operate in Israel.

“At a kibbutz, or farming collective, 70 miles to the south [of Yavne] in Israel’s Negev Desert, entrepreneur Amit Ziv recycles runoff water from a nearby spa to raise sea bass and barramundi, a white fish in demand at high-end restaurants. He then channels the water from his desert fish farm to grow olives, which he exports to, of all places, Spain.”

Innovations generated in Israel out of necessity are now being examined favorably by others around the globe.

“Israel’s siege mentality is driving its six-decade quest to coax more from the soil, water, air, and sunlight than do most other nations on earth. In the throes of a three-year drought, for example, Israel leads the world by recycling 70% of its wastewater, three times the figure for No. 2 Spain. Now many of Israel’s so-called cleantech companies, including drip irrigation pioneer Netafim and solar power outfit BrightSource Industries, are exporting their wares around the world. They’re even setting up shop inside that other hotbed of innovation, the U.S. ‘The world is now realizing it has to deal with things that Israel has had to tackle for 50 years,’ says Jacques Benkoski, a venture capitalist with Silicon Valley-based U.S. Venture Partners. ‘Doing more with less is becoming the standard.’ Venture capitalists seem eager to get in on the action, especially at a time when most other investment prospects are bleak.”

Although venture capitalists are looking for investments that will bring them healthy returns, many of the cleantech innovations that find favor in the developed world are likely to make an even greater impact in the world’s poorest countries. Many of these countries are poor because they are locked within borders arbitrarily drawn by colonial powers (the so-called fake states) and they have few, if any, natural resources. Being able to extract the greatest benefits from scarce resources is important for such countries. Farzad notes that innovation takes place in Israel with little government encouragement or interference. The government, he notes, is too busy thinking about security. As discussed in my earlier post, one of Israel’s most pressing challenges is clean, drinking water. Farzad writes:

“No essential commodity is scarcer in Israel than water. Sure, wastewater is recycled, but there’s precious little freshwater for drinking. … With government officials focusing on other matters, business is stepping in to solve the water problem just as it always has: with high-tech ingenuity. The late Simcha Blass, a Polish-born veteran of World War I, saw world-changing possibilities where others saw only sand. In the decade before Israel won statehood, Blass had a Ben Franklin-style lightning-bolt moment in the Negev Desert. Captivated by an abnormally large tree he spotted in a grove, he shoveled underneath it and discovered a cracked drainpipe feeding steady droplets directly to the tree’s roots–just enough water to allow the tree to flourish. In 1965, after years of iterations, Blass patented and sold his vision of ‘drip irrigation’ to Hatzerim, a kibbutz in the Negev. Hatzerim had great faith in drip irrigation’s central promise, the measured release of the perfect amount of water to sustain agriculture. It sounds simple, but getting it right takes an enormous amount of technological prowess. Today Hatzerim and two affiliated kibbutzes remain majority owners of the company that has grown into Netafim, a $500 million high-tech drip-irrigation giant employing 2,600 people in 110 countries. Besides making drip pipes, Netafim sells greenhouses and advises governments on how to tease cash crops from stingy tracts. Netafim keeps its finances intensely private, except to note that it has produced a 17% compound annual growth rate since 2003.”

It is the promise of these kinds of returns that keep the venture capitalists flowing into Israel. The next “big thing” could be solar power. The very conditions that make water so precious (it’s hot and dry) also make Israel a perfect site for solar power production. Interestingly, Farzad reports that Israel “still derives almost all of its electricity from coal and other nonrenewable fuels.” BrightSource would like to change that.

“BrightSource’s technology seems right out of science fiction. … A semicircular array of 1,641 mechanized coffee-table-size mirrors pivot to reflect the desert sun’s rays onto the boiler atop [what looks like a burning oil] rig, which BrightSource calls a ‘power tower.’ The company’s power towers produce superheated steam for turbines. They ‘offer the maximum level of efficiency,’ says Alan E. Salzman, managing partner of Silicon Valley’s VantagePoint, BrightSource’s largest investor. Salzman says the towers convert steam back into water and return it to the boiler, where it is reused again and again. The technology, claims Goldman, could help reshape some countries’ population centers. Parched stretches of California and Nevada, Saharan Africa, Saudi Arabia, and Australia are especially suited for solar thermal power plants, he says.”

Farzad concludes his article with a quote from Jonathan Shapira, a corporate attorney in Boston who organizes and blogs about Israeli cleantech. “Innovating around scarcity is increasingly the world’s story.” Although most of this innovation will be aimed at making a profit in the developed world, its greatest impact, as noted above, could be in the developing world. 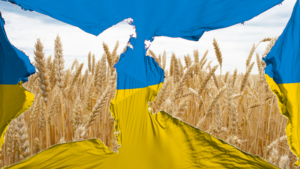