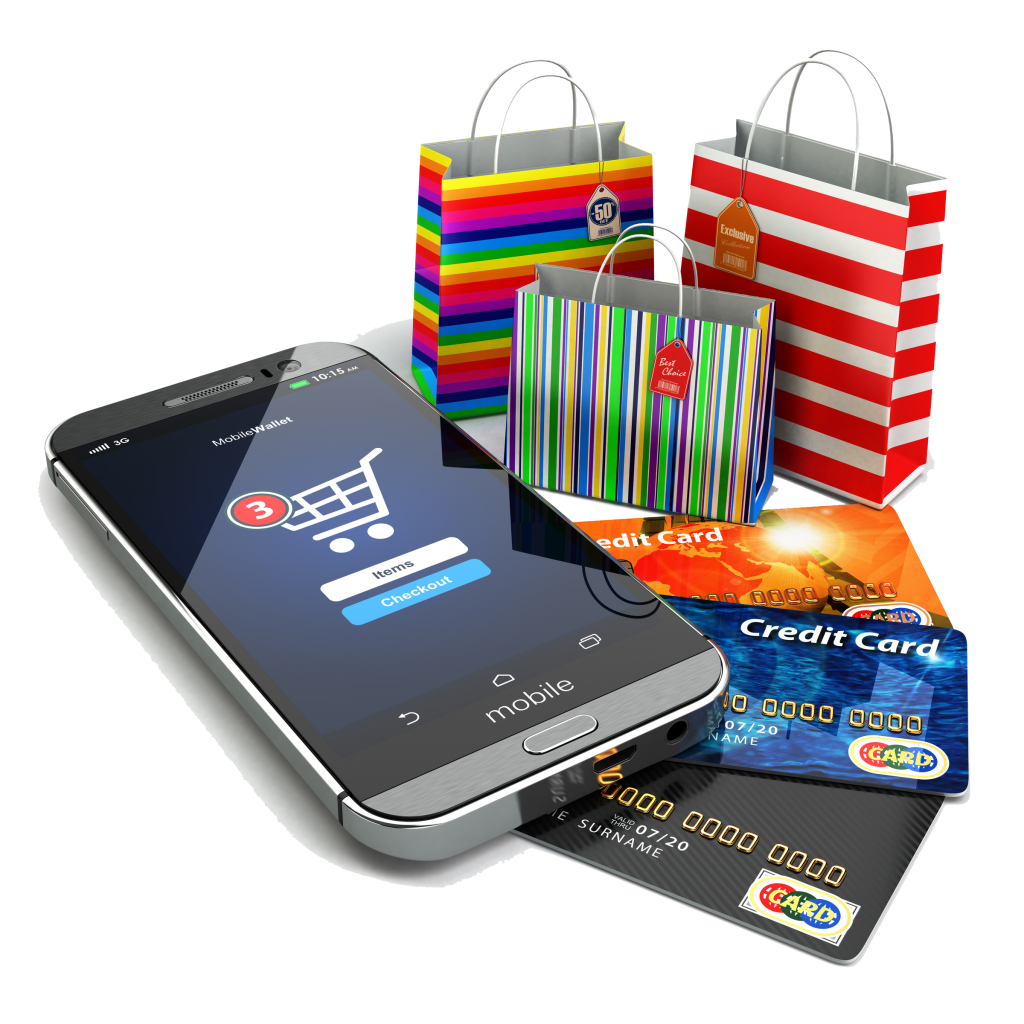 E-commerce and the Digital Path to Purchase

Retailers have always been curious about the paths consumers take when they decide something needs to be purchased. Historically, when consumers needed something, they made their way to a bazaar, a marketplace, or a shopping center. When the Internet and World Wide Web introduced consumers to online shopping (aka e-commerce), the path to purchase became much more complex. Today the digital path to purchase is growing in importance. The staff at New England College note, “Increasingly, [online is] where consumers spend their time and do their shopping. The number of online shoppers in the United States reached 209.6 million in 2016. It’s estimated to reach 230.5 million by 2021, making the U.S. one of the largest markets for online consumers in the world, according to Statista.”[1] The fact is the digital path to purchase is growing globally — not just in the United States.  The staff at Logistics Management notes, “E-commerce has changed the way the logistics and supply chain game is played. The world of digital commerce has introduced more risk and complexity than logistics and supply chain professionals have ever faced. From rapid order intake to omnichannel order fulfillment to establishing the optimal distribution network to meeting next-day or same-day delivery windows, both retailers and manufacturers must innovate, adapt and evolve — or get knocked out their respective markets.”[2]

The evolution of e-commerce

According to the staff at Klarna, “The first glimpse of online commerce was experienced by some students at MIT (Massachusetts Institute of Technology) in the 70’s. On their terminal-style computer screen they saw an unusual offer: An opportunity to buy marijuana. That’s how the story of online commerce begins.”[3] The students were using ARPANET, not the Internet, and the World Wide Web was still years away. The Klarna staff writes, “The big takeaway: The idea of selling — and buying — stuff from a computer had appeal from the moment computers, and some adventurous people behind them, could connect.” They go on to discuss six other milestones that have defined e-commerce:

1984 — The first e-commerce “stores”. George Orwell’s famous novel 1984 was about a surveillance economy — not online shopping. Nevertheless, the actual year 1984 saw the introduction of e-commerce and some would say the beginning of the end of privacy for consumers. In that year, inventor Michael Aldrich introduced “his groundbreaking Videotex technology” which allowed consumers to buy groceries using their television remote controllers. That same year, “Compuserve launched a service called the Electronic Mall. 60,000 PC users who paid a yearly membership fee could take advantage of discounts from 85 merchants connected to Compuserve’s network.”

1990/1991 — The invention of “click here” and the webpages that make web stores possible. The Klarna staff notes Tim Berners-Lee deserves primary credit for bringing us web browsing. “He was the one who invented hyperlinks and the idea of web browsing in 1990/1991. … He subsequently developed URL, HTML and HTTP. … Suddenly there was a way to make information easily accessible to anyone in the world who had a computer and an online connection.”

1994 — The first e-commerce payment. The Klarna staff reports, “Netscape 1.0 was the first web browser including an SSL security protocol. It was released in 1994 and enabled secure payments. One of the first items to be paid for on the web was a pizza from Pizza Hut.”

1995 — The first days of Amazon and Ebay. “In the summer of 1995,” the Klarna staff writes, “Jeff Bezos was excited.” It was that year he started his online bookselling business called Amazon. The rest is history.

1997-2002 — Collapse of the dot.com bubble. The Klarna staff observes, “While the fun of online shopping was on the rise with websites like Amazon and eBay in the late 90’s, there might have been too much optimism in the entrepreneurial air. Wikipedia puts it well: ‘The dot-com bubble (also known as the dot-com boom, the dot-com crash, the Y2K crash, the Y2K bubble, the tech bubble, the Internet bubble, the dot-com collapse, and the information technology bubble) was a historic economic bubble and period of excessive speculation that occurred roughly from 1997 to 2001, a period of extreme growth in the usage and adaptation of the Internet by businesses and consumers.’ … The bubble didn’t end e-commerce. It was just a bump in the road. Like rain on a hot, humid, sunny day, enthusiasm returned with new fresh air, and e-commerce could continue to evolve in the years to come.”

Currently — The comeback of e-commerce: From evolution to revolution. The Klarna staff goes on to list a few of things that have happened over the past decade or so. They include: “Radically improved digital infrastructure; faster internet connections; and the birth of the social media landscape of YouTube, Facebook, Instagram, Twitter, Snapchat where we see ‘YouTubers’ unpacking products and bloggers becoming rich and famous influencers. Then review sites like Tripadvisor and Yelp, the simplified checkout processes, the rise of UX:ers as a high demand workforce, the personalization trends, customer service going social, the expectation of fast and transparent delivery processes, brand-enhancing packaging, omnichannel selling, WooCommerce and other WordPress solutions for e-commerce, market platforms like Etsy and Bonanza, subscription e-commerce, the e-commerce ecosystem of Kindle and App Store, localization, retargeting … the list just goes on.”

The future of e-commerce

A journey down memory lane is always interesting; but, retailers want to know what’s next. Why? Because, as Howard Yu (@HowardHYu), LEGO professor of management and innovation at the IMD business school, asserts, “No industry is failing faster than retail.”[4] To help retailers think about what comes next, Aaron Orendorff (@AaronOrendorff) asked leaders “from brands at the forefront” for their insights about the question: “What is the future of ecommerce for 2019 and beyond?”[5] His experts offered ten insights about the future of e-commerce. They are:

1. Ecommerce v Retail: The Dichotomy Ends. “For all its enduring hype — physical versus digital, offline versus on — the old war is over. In fact, it’s always been a lie. Choice, not location, is commerce’s greatest opportunity and its most-looming threat.”

2. Direct to Consumer Emerges as Commerce’s Future. “The worlds of technology and commerce are undergoing a revolution. At the forefront are brands like Outdoor Voices, Warby Parker, Allbirds, Glossier, Hims, and home-goods companies like Casper, Brooklinen, Purple, and Leesa.”

3. More than “Digitally Native” Tactics. “People have always bought with their hearts and justified with their heads. The difference now is that choice means brands can scale by profitably serving smaller niches than legacy competitors and expand from a mission-centric foundation.”

4. Content Becomes the Holy Grail of Growth. “Often misunderstood, the power of content resides not in its direct ability to sell (although it can). Content’s true power comes from galvanizing an audience, entering its heart and mind through a consistent story well told — full of drama, with people at its core.”

5. Physical and Digital Solidify Their Relationship. “For online businesses flirting with offline retail, the time to commit has come; pop-up shop ‘experiences’ staged for social media have worn out their welcome.”

6. Social Commerce Evolves or Limps to the Grave. “For years, digital pundits have preached the gospel of ‘going native’: selling directly within social networks without sending visitors onsite. By every big-picture metric, social media and ecommerce should be a match made in heaven. Worldwide penetration, active accounts, time spent, and ad spend are up across the board. But, there’s a disconnect. In terms of sources that influence purchase decisions, social media lands last and was rated less than half as effective as reviews. More pointedly — despite the rollout of numerous ‘native’ purchasing features — every major report reveals the same thing: social users aren’t buying.”

7. Channels Must Deliver on Their Promises. “Businesses scramble to adopt either a multi-channel (left) or an omni-channel (right) solution. The goal: be everywhere for everyone. The result: ending up nowhere for anybody. Let go of the expectation that customers want everything in one seamless and buzzword-driven experience. … Attempting to unite channels without properly setting up and maintaining inventory and order management is futile.”

10. International Ecommerce Expands to the East. “According to McKinsey, 1.4 billion people will join the global middle class by 2020 and 85% will be in the Asia Pacific region (APAC). Ecommerce as a whole has already shifted away from the West and will continue to do so.”

I strongly recommend you read Orendoff’s entire article. He concludes, “‘Business as usual’ is business no more: in retail and in ecommerce. It’s not location that matters. Nor futuristic jargon. Leaders are facing a world of opportunity to evolve or perish, with success coming from big and small steps alike. The future will manifest itself in relationships. Choice isn’t tomorrow. It’s today. Direct and meaningful connections to customers that include but extend far beyond mere products. Are you ready?”

Footnotes
[1] Staff, “How Digital Marketing Has Changed Business Forever,” New England College, 2019.
[2] Staff, “Special Digital Magazine Issue: The evolution of E-commerce,” Logistics Management, 19 February 2019.
[3] Staff, “The evolution of e-commerce: 7 epic milestones,” Klarna, 19 November 2018.
[4] Howard Yu, “What Big Consumer Brands Can Do to Compete in a Digital Economy,” Harvard Business Review, 4 December 2018.
[5] Aaron Orendorff, “What Is the Future of Ecommerce? 10 Insights on the Evolution of an Industry.” Shopify Plus, 31 January 2019.