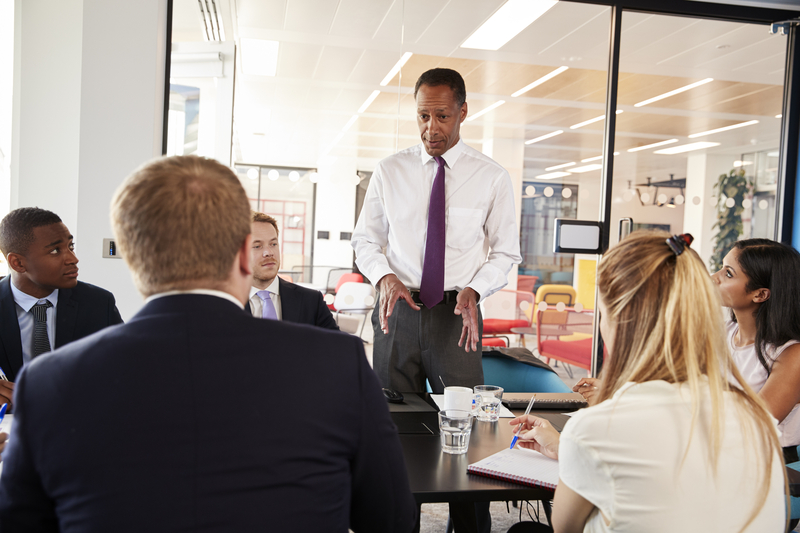 There is a justified push to get more students interested in science, technology, engineering, and math (aka STEM). After all, the world is getting more technical and people well-versed in technology will generally fare better financially than those who aren’t. Some experts, however, worry the focus on STEM subjects fails to teach students to the soft skills they also require to function successfully in business and social settings. Joanna Venator (@JoannaVenator), a former Senior Research Assistant at Brookings, and Richard V. Reeves (@RichardvReeves), a Senior Fellow at Brookings, explain, “It is hard to succeed in life without skills in reading and math, but they are not the only ones that count or the only ones children learn in school.”[1] They cite a Pew Research Center survey that tried to determine the importance of so-called “soft skills” for succeeding in life. “Pew asked a national sample of adults to pick select skills from a list of ten, which ‘are most important for children to get ahead in the world today.’ Reading and math are considered important by most, which is no surprise. But ‘soft’ skills such as communication and teamwork were also chosen by many.” In fact, communication was the highest ranked skill — selected by 90% of participants.

One of the challenges faced by those working in STEM fields is that acquiring advanced expertise generally requires people to become more and more specialized in their field. Charles A. Horth, Chief Executive Officer at Factora, calls this “silo work.”[2] Although silo work is important, Horth writes, “Silo work no longer delivers enough value, because cooperative work can accomplish so much more.” Cooperative work is teamwork; and, teamwork came in fourth on the Pew list of important skills, just behind reading and math. Horth adds, “In the old days an engineer needed to understand what was asked — and deliver. Today, that same engineer is connected to a fluid network of many people with complex and varying demands. A much higher order of social and linguistic capabilities are required for success.” The question is: When and where should soft skills be learned?

Tom Vander Ark (@tvanderark), co-founder of Getting Smart and Learn Capital, reports, “A 20-year study, funded by the Robert Wood Johnson Foundation and published in the July 2015 issue of the American Journal of Public Health, suggests that kindergarten students who are more inclined to exhibit ‘social competence’ traits — such sharing, cooperating, or helping other kids — may be more likely to attain higher education and well-paying jobs.”[3] Rather than calling these “soft skills,” Vander Ark calls them “non-cognitive skills.” He admits it’s a “bad name,” but calls those skills “really important.” He adds, “It’s clear that so-called ‘non-cognitive’ or ‘soft skills’ are really important but it’s also clear, according to new school guru Andy Calkins that ‘On every metric that counts — clarity, accuracy, purposefulness, and impact — both of these terms stink.’” Calkins may be correct; but, the term “soft skills” has proven to have a stickiness quality lacking in other descriptive terms.

Vander Ark notes, “Calkins prefers the term agency because it encompasses the self-efficacy and -management capacities that standards-based reform overlooked, ‘Students particularly need agency to thrive in what is becoming a global, 21st-century, free-agent economy. It embodies ownership and deep engagement.'” Unfortunately, agency also conjures up a willfulness (even selfishness) not implied by the term “soft skills.” I believe most primary education teachers work hard to help their students learn important soft skills. But, as Venator and Reeves, admit, “Many of these skills will be developed outside of formal educational environments.” They note one oft-neglected method of helping students hone their communications skills is through presentations. They explain, “Giving presentations is one way to develop the communication skills ranked as number 1 by respondents to the Pew survey. But across all income groups, over one-third of students reported never/rarely having to give a presentation.” Written assignments are much more prevalent — fewer than 10 percent of respondents “report never or rarely being given written assignments. But there is an income gap here. Students in the bottom income quintile are over twice as likely to report never having writing assignments as those at the top.” Written communication is extremely important; but, I suspect a large portion of communication between workers remains oral.

Teamwork is the next important way children learn important soft skills. Some children learn teamwork through sports; but, I believe formal, project-based teamwork teaches students a wider variety of soft skills than other forms of teamwork. Venator and Reeves write, “Teamwork is a skill that falls even more firmly in the ‘soft’ or non-cognitive skills bucket. Low-income students are much less likely to report working on projects in small groups, a key way to learn how to collaborate and build critical thinking skills. Students in the bottom income quintile are almost twice as likely as those in the top quintile to report that they never or rarely work in small groups.” Although building teamwork wasn’t the primary motivation for establishing The Project for STEM Competitiveness, I, along with the group’s other founders, understood the project-based, problem-solving approach would facilitate students working in teams. Vander Ark suggests there are five ways to integrate youth development strategies at school that enhance soft skill development. They are:

1. Culture. Vander Ark writes, “The solution starts with a positive school culture. Students draw upon shared frames of reference to determine how to act in school. … That means modeling core value, providing regular feedback to students, and celebrating student success.”

2. Teacher practice. Vander Ark suggests teachers need to learn how to include soft skills training in their classrooms, including how to deal “with the traumatic stress of poverty.”

4. Student supports. Vander Ark believes getting students involved in “a system of positive discipline and individualized student support” helps both the supported and supporting student.

5. Advisory. Vander Ark notes, “Secondary students benefit from a sustained relationship with an advisor that checks in with them daily and monitors progress.”

Mastering soft skills help people succeed in both personal and professional relationships. Kate Davidson (@KateDavidson) observes, “Changes in the economy — including automation and a shift of jobs from manufacturing to services — have boosted the demand for soft skills.”[4] Educators are now tasked with preparing students to fill jobs that don’t yet exist. One thing they do know is that soft skills will remain important regardless of what those jobs are.