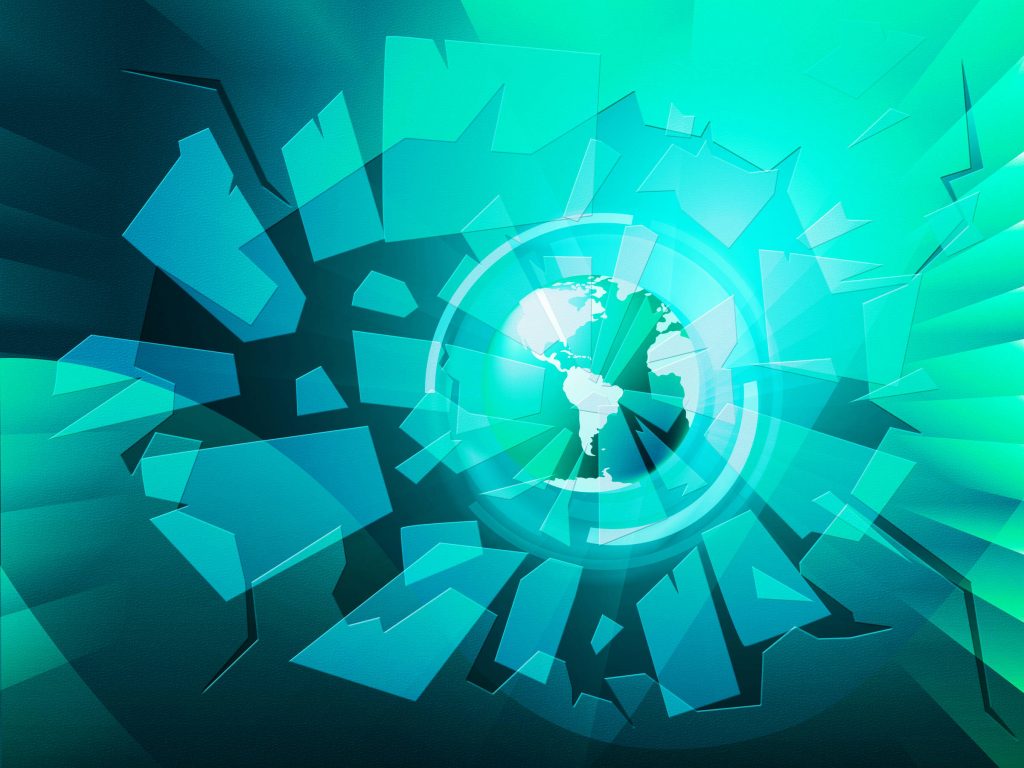 Do You Really Want to Deglobalize?

Globalization is a topic that can stir fierce emotions in both proponents and opponents. Globalization (or deglobalization) is bound to one of the topics debated during the U.S. Presidential election. Martin Sandbu (@MESandbu), the Financial Times‘s European Economics Commentator, explains, “Not only does Joe Biden embody an older, more collaborative US outlook, he has even put climate change — a top concern for liberal multilateralists — at the center of his campaign.”[1] Even with a Biden win, however, Sandbu warns globalization has forever changed. He explains, “A victory for Mr. Trump’s Democratic rival may well restore rules-based globalization as the default mode of international economic interaction. But it will look very different from the globalization of the 1990s. Even if the US recommits to a rules-based order, the conflict over what the rules should be will become much fiercer. Both Mr. Trump’s trade war and the immediate impulse from the pandemic have been about repatriating production. Post-Trump, the fight will shift from where production is located to how it is carried out. Welcome to the new trade policy: trade promotion, but in the service of extending the regulatory reach of the three blocs who set the rules — the US, the EU and China.”

As Sandbu notes, the Trump administration has encouraged repatriating manufacturing to the United States — a strategy sometimes referred to as deglobalization. Geoffrey Gertz (@geoffreygertz), a fellow in the Global Economy and Development Program at the Brookings Institution, explains, “Following the global COVID-19 pandemic, a wave of politicians have railed against the supposed vulnerabilities of global supply chains and promised to bring production of critical goods back home. In the United States, the Trump administration is reportedly ‘turbocharging’ its plans to disconnect supply chains from China and debating a new $25 billion ‘reshoring fund’ to encourage U.S. firms to bring manufacturing back to the states.”[2] He adds, “Not to be outdone, presidential candidate Joe Biden’s campaign has outlined how his administration would tackle supply chain vulnerabilities. He’s placed the topic alongside trade, taxes, and immigration as key planks for managing globalization.” Gertz goes on to note that the U.S. is not alone in pursuing some form of deglobalization. He writes, “European Union Trade Commissioner Phil Hogan has argued that Europe needs to diversify its supply chains in order to promote ‘strategic autonomy,’ while also noting that autonomy doesn’t necessarily mean full self-sufficiency. Japan has perhaps acted the most decisively so far, announcing a new fund to subsidize Japanese firms moving production out of China; to date 87 companies have taken the government up on the offer. South Korea is exploring similar ideas.”

Deglobalization is often about de-coupling from China

Although numerous arguments have been made for why globalization is either good or bad, most current discussions about deglobalization focus on decoupling from China. Michael P. Collins, President of MPC Management, is one expert who believes decoupling from China is a good idea. He writes, “America is at a crossroads. We must stop dealing with China as we hope they would be, and begin dealing with them as they are. … Instead of becoming an economic partner, they have become an economic destructor — and a threat to U.S, national security. Instead of competing like the U.S. and other industrial nations, they have chosen to compete using predatory mercantilism.”[3] Gertz notes, however, “Many outside analysts are skeptical that such plans for deglobalization will succeed. They rightly note that contemporary global supply chains are extremely complex, the outcome of millions of individual uncoordinated firm decisions. Any attempts to unwind these processes will be cumbersome and costly.”

Sandbu’s argument that countries are likely to align with either the US, the EU, or China is compelling. Although he does note, “This creates dilemmas for those economies close to more than one — think Latin America choosing between China and the US, or Africa between China and Europe.” He goes on to note, “[For the U.S.,] making peace with Europe raises the risk of confrontation with China. … It is a mistake to think of this as protectionism. It is, rather, a deeper form of globalization, where cross-border economic activity is accompanied by cross-border rules to govern it. This re-regulation of cross-border economic flows is a natural, and potentially healthy, consequence of the earlier mistake of conflating globalization with deregulation.” Many pundits hoped the COVID-19 crisis would accelerate a decoupling from China; however, that hasn’t happened. Gertz observes, “Early reports suggest that firms around the world have been cool to their governments’ efforts to woo them away from China. The skeptics are correct that rewiring supply chains will be difficult, and that firms are unlikely to simply fall in line with the wishes of politicians, particularly when doing so cuts against their bottom lines.”

Nevertheless, Gertz believes it’s likely that more, not less, government involvement in global supply chains is likely. He explains, “Complex global supply chains have undoubtedly improved efficiency and increased consumer choice, but they have also limited states’ abilities to manage, regulate, and, when necessary, direct the flow of critical goods. Governments should take the threats of supply chain disruptions seriously, whether from natural disasters, economic crises, or the deliberate weaponization of interdependencies in the global economy. And they should realize that firms’ individual private interests may not always align with broader public interests, suggesting greater government intervention may be needed.”

Adapting to the changing globalization landscape

Anna Tunkel (@aTunke), Head of global strategic initiatives and partnerships at APCO Worldwide, writes, “We are witnessing a profound transformation of globalization — originally defined as ‘the development of an increasingly integrated global economy marked by free trade, free flow of capital, and the tapping of cheaper foreign labor markets’ — shaped by new actors like China, e-commerce growth and new technological innovations such as artificial intelligence and machine learning.”[4] Unfortunately for companies, how globalization changes is often out of their control. Gertz explains, “Governments have more power to shift supply chains than may be obvious at first glance: Yes, it’s true that global supply chains reflect individual firm decisions. But these decisions are made within a policy environment set by governments.”

Tunkel reports that research conducted by her company found “that enterprises today need to lean into risks and have a process to embrace and adapt to them. APCO’s research identifies the following three critical building blocks of an agile enterprise.” They are:

2. Shared advocacy. “APCO found that among the engaged public (on political and social issues), an overwhelming majority — 77 percent — would admire a company that uses its business strengths to address a social issue (as opposed to donating money for a charitable cause). As many as 88 percent of business leaders agreed that solutions to society’s greatest problems will rely on the resources and innovations of businesses. But no corporation can do it alone. It requires external engagement and bringing diverse partners to the table — from the UN and other multilateral organizations to NGOs, foundations, civil society and the next crop of academic talent — to establish incubators to jointly solve intractable challenges.”

3. Enterprising culture. “How a company treats its employees is a direct reflection of how it operates around the world. It is critical to build an organization and culture that learns quickly from failure, empowers everybody and questions the status quo. For companies to succeed, leaders need to understand what motivates people across generations, different cultures and geographies. Another important element of success is empowering employees and allowing for ownership and autonomy. Multinational companies are on the frontline of the battle for a more inclusive globalization and growth in an era of geopolitical uncertainty.”

Today, governments are intervening in trade relationships and discouraging cooperation on issues of great concern, like climate change. It doesn’t need to be that way. Sandbu notes, “The previous phase of globalization was often criticized for triggering a race to the bottom. In the next phase, a titanic struggle for regulatory dominance could paradoxically produce a race to the top.” Companies can help trigger the race to the top by using their influence to encourage governments to do the right thing. For most global challenges, the right thing is cooperation.