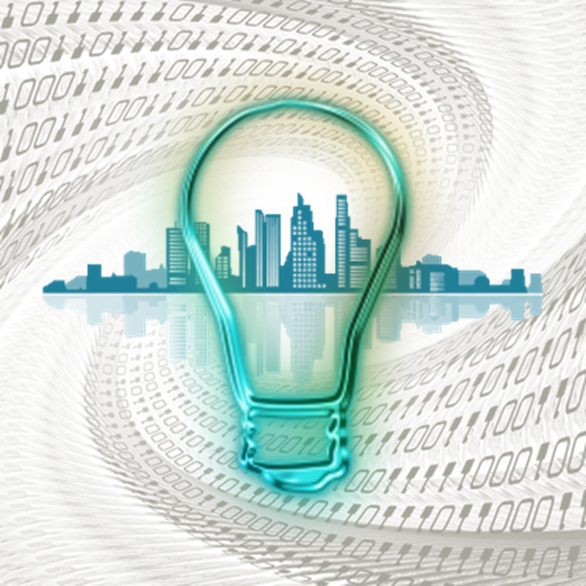 Cities are unique. Like a Siren’s call, their uniqueness beckons residents and tourists alike; and, that uniqueness should be celebrated and preserved. That’s why trying to develop a template for smart cities (or trying to settle on a single definition of a smart city) may prove futile. Rosa Trieu (@rosatrieu) explains, “According to the Smart Cities Council, a smart city is ‘one that has digital technology embedded across all city functions.’ And per Frost & Sullivan, there are eight elements (each with the word ‘smart’ in front of it) that make up a smart city: governance, building, health care, mobility, infrastructure, technology, energy, and citizens.”[1] IBM’s list of systems that should be included in any discussion of smart cities looks a little different. It’s “systems” include: people; business; transport; communication; water; and energy. I would add a seventh system — waste management (which would include both trash and sanitation). John Chambers and Wim Elfrink (@WimElfrink) believe that a holistic approach is actually what defines what it means to be a smart city.[2] They believe a city deserves the “smart” label once they have integrated information across a minimum of three systems. They explain:

My preferred definition of a smart city reflects these priorities:

This definition not only succinctly defines what a smart city is it establishes the right priorities for planning and implementation, namely: people then systems (i.e., how systems can better serve populations and become more efficient). Jarosław Czaja, CEO of Future Processing, believes that security and interconnectivity lie at the heart of a smart city.[3] He explains:

“A Smart City is an urban development that unites the needs of the citizens in a sustainable and secure way. All buildings, cars and machines are connected, constantly transmitting data to improve and develop the city. Road monitors can report real-time traffic to cars, easing traffic and reducing the risk of road collisions, for example, and Smart Cities have also developed e-learning education and 24/7 healthcare, providing modern services to all inhabitants. Alongside this, Smart City technology can monitor the pollution and chemical levels in the air and water supply, reducing the risk of both air and water contamination. Smart energy sources are also implemented, to ensure the city is developing and continuing its sustainability. These innovations, alongside countless others, mean Smart Cities can enormously improve the standard of living for the citizens and sustain the environment long term. … Each Smart City needs to be tailored to the city itself, as each location has different needs. Smart Cities can resolve the city’s issues through introducing new technology, but Smart Cities do not come in a single fixed template. The climate, temperature, and location all impact the specific needs of the Smart City.”

Creating the connectivity and integration discussed above requires technology. There are some critics who believe that the emphasis on technology dehumanizes the transformation of a city into a smart city. The fact of the matter is, however, that cities can’t get smart without technologies. Smart city connectivity will involve the Internet of Things (IoT) but the “smart” part of the transformation will come from artificial intelligence systems (aka cognitive computer systems) that can integrate and analyze the data being generated by the IoT. Joao Lima (@joaomlima1) calls these “orchestration platforms.” He notes that orchestration platforms are required “to ensure that all the city’s assets come together and are easily managed without interfering with other assets.”[4] He adds, “In addition, there are also process automation systems, geographic information systems, M2M and wider connectivity, and supervisory control and data acquisition.” That doesn’t mean that people aren’t involved. Lima asserts, “Smart cities are the perfect amalgamation of technology and humans. Part of the IoT revolution, smart cities are urban areas loaded with sensors, intelligent urban systems and services and more. To build a smart city, every single part of the city needs to be involved. This includes schools, hospitals, public places, power plants, transportation system, the list continues. Benefits of smart cities include better management of resources of all sorts, from power to transport.”

Joy Gardham (@joygardham), Head of Western Europe at Brocade, believes that smart city visions won’t be attainable until fifth generation networks are widely available.[5] “Businesses and consumers alike,” she writes, “have talked relentlessly about the launch of the fifth generation network (5G) in anticipation of the long-awaited death of stalling apps and that tiresome loading sign.” She then rhetorically asks, “But now that it’s here, what will 5G really mean for consumers, businesses and governments globally? Will it really signal the beginning of smarter cities and the IoT?” She continues:

“To realise the true smart city concept, cities need to go beyond the use of technology for basic back office processes and instead, use it for better resource distribution and lowering emissions. This means creating smarter urban transport networks, upgrading water supply and waste disposal facilities, and creating more efficient ways to light and heat buildings. And it also encompasses putting in place a more interactive and responsive city administration, safer public spaces and meeting the needs of an ageing population. Unlike previous generation networks, if used in the right way, 5G can be the answer of all of these problems. … In order to achieve true innovation, governments and businesses across all industries need to make sure they have a fast, scalable, and secure network in place, which is able to act as a platform for innovation. Without the sufficient infrastructure to cope with the demands of 5G, cities and their ‘smart’ plans will not be achievable.”

Amidst all the talk of technology and systems, planners need to remember what characteristics make their cities unique and ensure that uniqueness is enhanced not diminished. As the world’s population continues to urbanize, the importance of cities will only grow. The future of the planet depends on making cities smarter and more people friendly. Technology can help; but, it will be smart people who ensure that cities become attractive places to live and work.