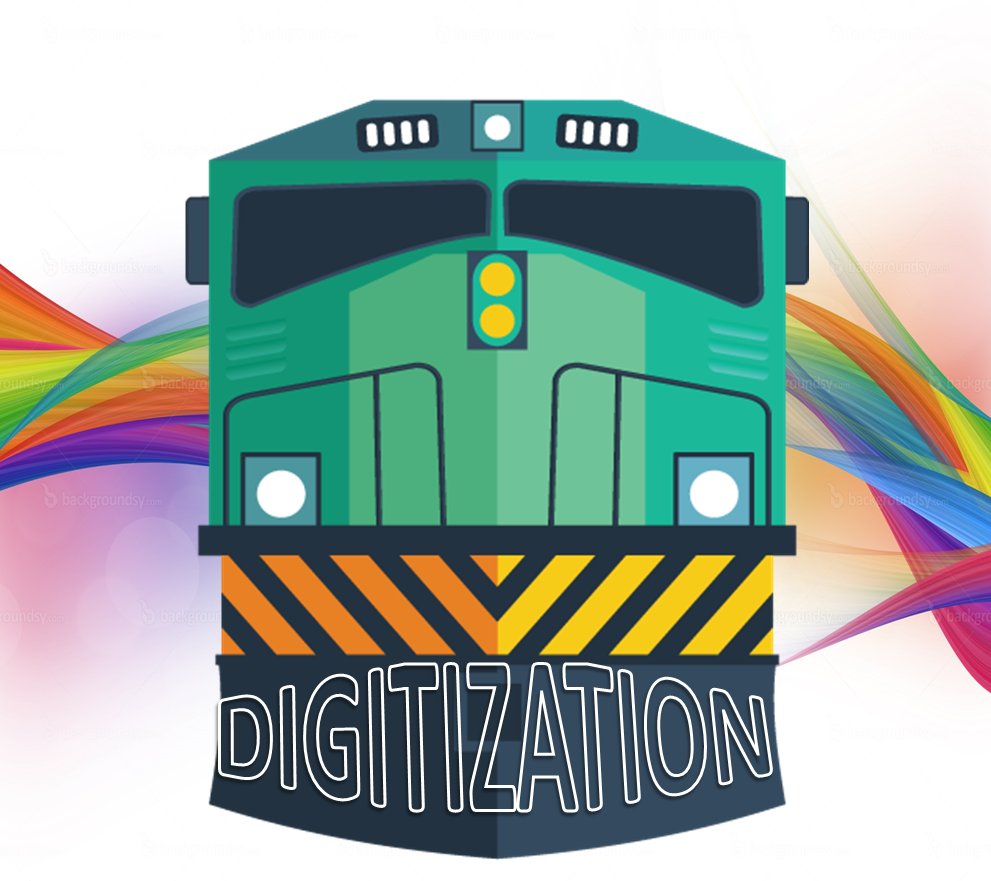 Digital Enterprise Transformation: Don’t get Stuck on the Tracks

Have you ever been stopped with your vehicle sitting astride some railroad tracks? If you have, I’m willing to bet you repeatedly looked both ways hoping dearly you would be able to move before a train came. It’s an uncomfortable feeling. You should be feeling that same discomfort if your company has yet to transition from an industrial age organization into a digital enterprise. The digital train is coming and you don’t want to be stuck on the tracks when it arrives. “In order for a company to compete in the growing digital economy,” writes Brian Taylor (@BrianB2BCopy), “it has to become a digital enterprise.”[1] Sam Gross (@Sam_Gross), CTO of CompuCom, bluntly asserts, “Going digital is not optional.”[2] Douglas Rushkoff (@rushkoff) believes digital technologies have disrupted the business landscape so completely that industrial age organizations are ill-suited to traverse it.[3] He explains:

“The economy we’re operating in today may have been built to serve corporations, but not many corporations are doing well in the digital environment. Even the apparent winners are actually operating on borrowed time and, perhaps more to the point, borrowed money. Neither digital technology nor the corporation itself is necessarily to blame for the current predicament. What is to blame, rather, is the way the rules of corporatism, written hundreds of years ago, mesh with the rules of digital platforms we’re writing today. … What we’re witnessing may be less the failure of corporations to thrive in a digital environment than the limits of the corporate model in any environment — and the acceleration of this decline with each new technological leap. … Digital processes, applied to the same old tactics, simply exacerbate the same old problems. Outsourcing to robots is just another form of outsourcing. The digital landscape does make the bankruptcy of the corporate model all the more apparent. The speed and scale on which this is occurring helps us recognize that we are not in a cyclical downturn as corporations attempt to compensate for the disruptive impact of digital technology. Rather, we are in a structural breakdown, as corporatism — enhanced by digital industrial mechanisms — runs out of places from which to extract value for growth.”

Clearly, there is a lot more going on here than just employing the latest technologies. Gross observes, “When companies begin to qualify the concept of becoming a digital enterprise, they think about it in a very current context. The horizon has more to do with how digitization will change the shape of our economy.” In other words, the transformation into a digital enterprise requires a better understanding of the digital economy. Here’s the rub. Taylor reports, “An Oxford University research initiative points out, the distinction between the traditional economy and the new digital normal is increasingly harder to define.” As the business world adjusts to this new digital environment, enterprises should strive to become more flexible and adaptable so they can pivot quickly as disruptions occur. Bob Violino reports, “The rapid pace of change in global business ecosystems calls for CIOs to ‘champion and harvest the major technologies impacting the enterprise,’ according to a new report from Deloitte Consulting. The company’s seventh annual technology trends report, ‘Tech Trends 2016 — Innovating in the Digital Era,’ discusses how certain developments are driving new products and services, upending long-standing business models and rewiring rules of customer engagement.”[4] CIOs may feel pressured to “do something” amidst all this clamor about digital enterprise transformation; but, decisions under pressure can often lead to poor results. CIOs have been burned in the past by investing in IT systems that have failed to work as advertised or have become outdated in short order. Fortunately, cognitive computing technologies are maturing at just the right time to help relieve this pressure. Cognitive computing systems are among the most adaptable and flexible systems available and there is no sign they will become outdated in the future. Cognitive computing systems — like the Enterra Enterprise Cognitive System™ (ECS), a system that can Sense, Think, Act, and Learn® — can improve decision-making, increase optimization, and help launch enterprises into the future.

Tom Rosamilia (@TomRosamilia), a Senior Vice President at IBM Systems, writes, “The digital revolution, once defined as the shift from analog to digital technologies, has now reached a point where it is redefining the future of economies, industries and society as we know it. We also know that digital is no longer the final destination; it is now the foundation for a new era of cognitive business. The explosion of data requires computers and infrastructures that are not only able to synthesize and make sense of it all, but also make it possible to out-think the most pressing challenges facing businesses and our world.”[5] Mark Raskino (@MarkRaskino), a Gartner Fellow in the CEO research team, adds, “Everyone around the c-suite table must be engaged and involved. Digital business is not something that can be delegated or assigned to just one or two leaders.”[6] Raskino is absolutely correct. As Rosamilia notes, digitization is redefining the future of economies, industries, and society, and c-suite executives would be foolhardy to think it wasn’t going to change their business as well.

Raskino asserts, “This critical involvement proceeds seat by seat around the entire c-suite table. In fact it might only take one absentee or avoider to delay the whole endeavour. And delay could mean real trouble.” He’s right — because your company could be sitting on the tracks with a digital freight train barreling towards it. It’s time to move. I agree with Rosamilia, who writes, “Technology used to be the piping and plumbing of business. However, with the explosion of unstructured data, the immediacy of real time, the ubiquity of the mobile globalization of everything, and the ever-present and ever-pressing necessity of security, it is clear that the cognitive workloads of the future will require a re-imagined infrastructure.” In fact, it will require a re-imagined enterprise. Can you hear the whistle blowing? Gross concludes, “Do all the research you want but then stop and look around. Digital assets determine competitive advantage. Information has become widely available and it will disrupt all of our traditional value chains. Digitization will create openings for new competitors, like it or not, and our cost basis and market prices will be impacted, our industry boundaries are going to blur and our economy will change. Pay now or pay later.” The digitization train is coming down the tracks.