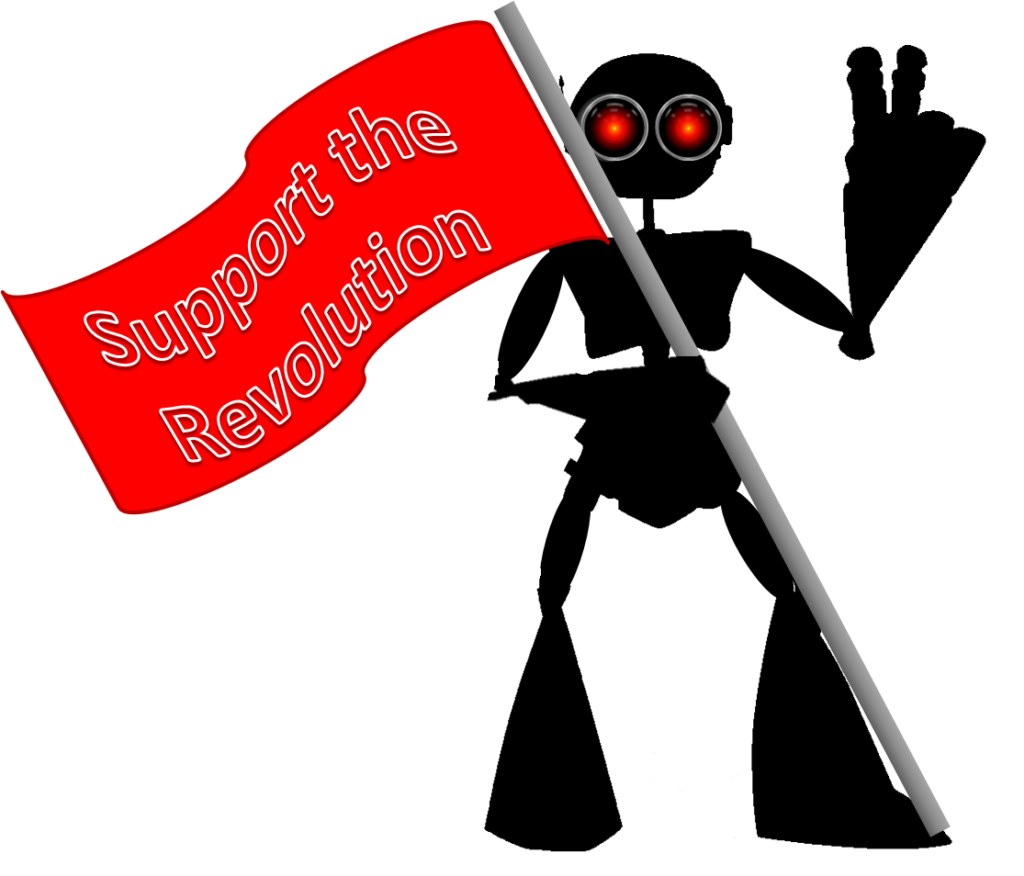 Creating Jobs during the Robotic Revolution

Revolution is in the air. I’m not talking about dissidents rioting in the streets attempting to overthrow governments. I’m talking about robots (or robotic processes) rising in the workplace to dislocate human employees. Gideon Rose reminds us, however, that technological revolutions are as much a part of the historical landscape as political revolutions. “From the cotton gin and the steam engine to electricity and the transistor,” he writes, “new technologies have been revolutionizing the world for centuries, transforming life and labor and enabling an extraordinary flourishing of human development.”[1] He notes, however, that this new robotic revolution could be different. “Now some argue that advances in automation and artificial intelligence are causing us to take yet another world-historical leap into the unknown. But is that really the case? Will the rise of the robots threaten our jobs, our purpose, our very self-definition as humans?” Excellent questions. Before answering them, however, Martin Wolf believes we should remember the benefits resulting from previous technological revolutions. He asks us to imagine ourselves living in the distant path longing to live like the gods.[2] He believes we have come close to achieving many of things for which we might have longed.

Although a new generation of Luddites will emerge as the number of tasks that can be automated grows, progress is not going to be stopped. I agree with television executive and futurist, Robert Tercek, who bluntly states, “Everything that can be automated, will be.”[3] Former IBM employee Irving Wladawsky-Berger agrees with that conclusion and, like Rose, believes it raises a number of questions begging for answers.[4] He writes:

“Speculations about a future radically transformed by technology are nothing new. But, with AI and robots seemingly everywhere, the concerns surrounding their long term impact may well be in a class by themselves. Like no other technologies, AI and robots force us to explore the boundaries between machines and humans. Will they turn out like other major innovations — highly disruptive in the near term, but ultimately beneficial to society? Or, will we see a more dystopian future, as smart machines increasingly encroach on activities requiring intelligence and cognitive capabilities that not long ago were the exclusive domain of humans? Opinions abound, but in the end, we don’t really know.”

We may not know the answers to those questions right now; but, we need to start thinking and doing something about a future in which robotics play an increasingly important role in society. Brookings Institution analysts Jack Karsten (@jtkarsten) and Darrell M. West (@DarrWest) write, “Emerging technologies like industrial robots, artificial intelligence, and machine learning are advancing at a rapid pace, but there has been little attention to their impact on employment and public policy.”[5] A future characterized by massive unemployment and dystopia — as I have argued in another article — is not inevitable.[6] Avoiding that future, however, will require deliberate thought and action. The future we should be trying to foster is one in which humans and machines collaborate. Damon Beres (@dlberes) writes, “Encouraging for anyone who’s ever struggled to learn a new device, AI programs might … make computers of the future feel more natural to use. Think about it: Current gadgets require a contrived series of actions, like double-clicking with a mouse or downloading an app to fulfill a specific purpose. If you don’t translate your intention into a series of actions your device understands, nothing happens. Think about how many little steps are actually required when you copy and paste a line of text into an email, for example.”[6] Beres reports that during a tech conference held at MIT, Rob High, chief technology officer of IBM Watson, observed we still “have to adapt ourselves as human beings to the constraints of computers.” He went on to suggest, however, “that the membrane separating man from machine could crumble in the future as machines are able to understand the subtleties of human communication.” Beres adds, “Advanced technology [could] augment the human experience, enriching lives without rendering people obsolete.” That’s a future worth striving for.

In recent weeks, some of the more alarmist headlines have predicted that half of us will be unemployed — replaced by robots — within 30 years. Toby Walsh (@TobyWalsh), a Professor of Artificial Intelligence at the University of New South Wales, suggests we needn’t get our knickers in a twist over that prospect. “As ever,” he writes, “reality is likely to be far more nuanced than sensational headlines.”[8] He explains:

“The most detailed study in this area came out in September 2013 from the Oxford Martin School. This report predicted that 47% of jobs in the US were under threat of automation. Similar studies have since been performed for other countries, reaching broadly similar conclusions. Now, there’s a lot I would disagree with in the Oxford report. But, for the sake of the discussion here, let’s just suppose for a moment that the report is correct. Even with this assumption, you cannot conclude that half of us will be unemployed in 30 or so years. The Oxford report merely estimated the number of jobs that are potentially automatable over the next few decades. There are many reasons why this will not translate into 47% unemployment. … In my view, it’s hard to predict with any certainty how many of us will really be unemployed in a few decades time but I am very sceptical that it will be half of us. Society would break down well before we get to 50% unemployment.”

Societal breakdown, of course, is the real bogeyman that should haunt the dreams of business executives and politicians. Even Walsh admits automation could lead to turmoil. “My guess,” he writes, “is [unemployment] will be … half of this prediction, 25% at most. This is nevertheless an immense change, and one that we need to start planning for and mitigating against today.” We need to stop thinking in “us against them” terms when it comes to artificial intelligence, automation, and robotics and start thinking more collaboratively. Humans need to learn skills that allow them to work with automated systems and smart systems need to learn to work with humans. It will probably be easier to train cognitive systems to work with humans than vice versa. Aaron Smith (@aaron_w_smith) and Janna Anderson (@JannaQ) report a Pew Research study concluded, “We are not adequately preparing our workforce for the technological changes that are on the horizon.”[9] Large scale re-training and re-skilling is going to be required — and this will be true in almost every sector of society. Ayesha Khanna (@ayeshakhanna1), Co-Founder and CEO of The Keys Academy, concludes, “The industries of the future will require people creative and innovative enough to work with technology, not be replaced by it.”[10]