Home » Food and Drink » The Complex World of Flavors 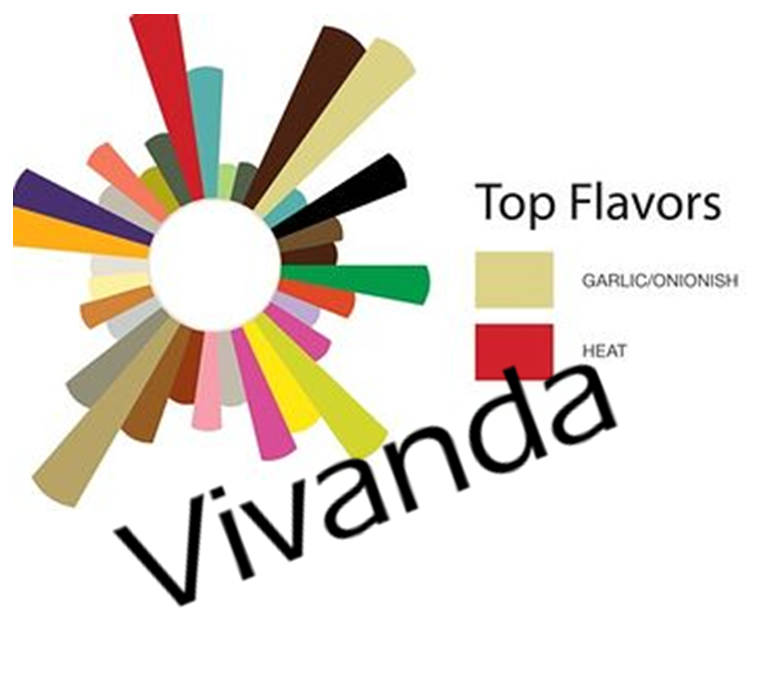 The Complex World of Flavors

“They help give Coke its distinctive bite and Doritos its cheesy kick,” writes Candice Choi (@candicechoi). “But the artificial and natural flavors used to rev up the taste of processed foods remain a mystery to most Americans.”[1] As you are probably aware, there is hot debate surrounding terms like “natural”, “artificial”, and “organic” in the food world. Rest easy; I’m not about to join that debate. Instead, I want to talk about the complex world of flavors. Before beginning, however, I want introduce a little more precision to terms like flavors and tastes. A lot of people use the terms “taste” and “flavor” interchangeably — and that is unlikely to change; however, tastes have a biologic basis. Depending on who you talk to, humans have the ability to identify five or six specific categories of taste: sweet, bitter, sour, salty, umami, and, some believe, fat. You are probably familiar with the first four tastes. To learn more about the latter two tastes — umami and fat — read my articles “The Taste of Umami” and “Fat: You Need Some in Your Diet and It May be a Sixth Taste.” How you pair tastes (and add in other senses) determines what flavors emerge. As one author explained, “While the terms ‘taste’ and ‘flavor’ often are used interchangeably, there is a difference between the two. … The taste of a food is what the taste buds perceive; the flavor of a food is the combination of these tastes, plus the aroma and the other sensations.”[2]

To demonstrate exactly how complex flavors can be, let’s look at one product — coffee. Erin Blakemore (@heroinebook) reports, “Roasters have teamed with sensory scientists to create an updated way to characterize how coffee tastes. It’s called the Coffee Taster’s Flavor Wheel, and it’s the brainchild of coffee researchers and the Specialty Coffee Association of America, which announced the new wheel this week. The wheel is similar to the aroma wheels used by oenophiles to describe the fragrances of wine. Like wine, coffee beans reflect a particular ‘terroir,’ or aspects of growing climate, and the ways in which they are roasted can bring out different flavor profiles ranging from bitter to sweet.”[3] As the attached image of the Coffee Taster’s Flavor Wheel demonstrates, describing the flavor of coffee can be complex. Now imagine such a “wheel” for all the other food products you buy.

Most of us will never require a tool like the Flavor Wheel in order to enjoy a cup of coffee; but, there is a tool you can use that will make your dining experience more enjoyable. The tool is called FlavorPrint® by Vivanda and anyone can use it to open up a new world of flavors. As anyone familiar with Enterra Solutions® knows, we played a role in the development of the original FlavorPrint process and now have our own SensoryPrint™. FlavorPrint is fun as well as informative. If you would like to create a personal FlavorPrint, click on this link. As the Vivanda website states, “Because flavor is at the heart of every meal, your FlavorPrint recommendations are powered by the flavors you love.” By answering a few questions about your likes and dislikes, your personal FlavorPrint can be used to discover recipes you may have never tried but are likely to enjoy. The FlavorPrint shows flavors involved in a dish as well as the intensity of those flavors. As the website notes, “The FlavorPrint displays all the flavors present in the recipe or product and each color is a different flavor. With almost infinite combinations, sometimes there are only a few flavors present, sometimes there are many! … Each ray displays just how intense the flavor is. The longer the ray, the more intense the flavor.” The website lets you explore each flavor in more detail and is filled with other interesting information as well.

Food companies are constantly trying to develop flavor combinations that will attract customers and doing that is both an art and a science. Shara Tonn (@stonn) believes flavor creators are true artistes. “Creating a tongue-scorching taste sensation like Flamin’ Hot Cheetos,” she writes, “is an art. Every ingredient plays a specific role in sculpting the experience. It’s kind of like a neon Monet (except you can eat it). Up close, the dots and dabs are meticulously placed. When you step back, those brushstrokes merge and you get the beautiful impression of a lily pad. Or in this case, a spicy, cheese-flavored explosion. The food artistes over at Frito-Lay apply just the right textures, tastes, colors, and aromas to keep you coming back for more. And more. Put down the bag and step away.”[4] Food producers value their flavor creations, which is why you see the term “natural flavors” pop up so often. As Tonn explains, “Federal law allows companies to cloak ingredients as ‘natural flavors’ so rivals don’t rip off their recipes. A natural flavor must be a concentrate of an edible, naturally occurring substance, and manufacturers typically use only a teensy bit in their products — as low as 0.1 percent by volume.” The “science” part of flavor creation comes into play when a flavor must be reproduced. Brenda Schory (@BrendaSchory) discovered that fact when she spoke with Tracy Cesario, a spokesperson for Flavors of North America International (FONA), a company that creates flavorings for other companies. To explain how complex food flavors can be, Cesario used the example of the flavor of an orange. “Cesario explained that someone can’t chop up an orange and simply add it to something such as packaged cereal,” Schory writes. “And the flavor most people are familiar with as orange is actually pretty complicated.”[5] Cesario told her, “What you or I think of as an orange, you think you are going to cut that open and take a bite. But in reality, Mother Nature has put together dozens — if not hundreds — of different chemical compounds in that orange that you are tasting as orange. Those compounds may be the difference between a strawberry that is ripe and a strawberry that is not ripe. It’s still a strawberry, but they taste different.” Catherine Griffin notes, “The science of creating flavors … is big business.”[6] She explains:

“Businesses attempt to create products that either improve on the ‘original,’ or create a unique flavor that consumers love. And the backbone behind this type of science is the flavor chemist. There are all sorts of flavor chemists. There are some that focus on extracting essences, oils and other flavor components from plants, fruits, vegetables, spices, herbs and meat products. And then there are some that focus on identifying key aroma components of those extracts. This is more complicated than you might expect; scientists, for example, have identified as many as 250 volatile aroma chemicals in natural peppermint oil. Flavor chemists use a variety of compounds to create their formulas. In fact, a typical lab can use 2,000 chemicals and 500 natural flavors, taking anywhere from 70 to 80 tries to get a flavor just right. And some formulas require hundreds of different notes. These compounds that are used can include metabolites like acids, aldehydes, ketones, alcohols, esters, sulfur compounds, furans, phenols, terpenes, spoxides and lactones. As an example, methoxyfuraneol is used to simulate strawberries. Of course, the complexity of the process is all for one aim: to make the product taste good.”

You don’t have to be a chemist, food scientist, or taste tester to enjoy the flavor of food. But obtaining your own FlavorPrint could open a new world of food enjoyment for you as you learn to understand your personal flavor preferences better. As Vivanda notes, “FlavorPrint is a sophisticated taste machine. Compiling data from 33 flavors, 9 textures and each flavor’s intensity, it represents the taste profile of a recipe, product or you!”