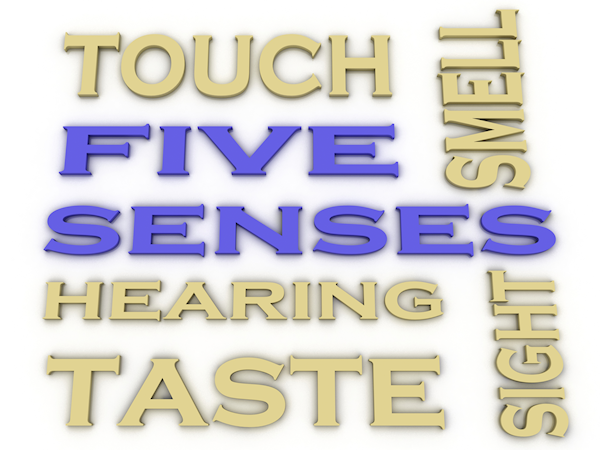 Coming to Our Senses About Food

Traditionally, when we use the phrase “come to one’s senses,” we mean either “regain consciousness” or “start to think and behave reasonably after a period of foolishness or irrationality.” When it comes to the enjoyment of food, however, it means utilizing all five senses when dining. Too often, discussions about food focus on flavor or taste. A lot of people use the terms “taste” and “flavor” interchangeably; however, tastes have a biologic basis and flavors are much more complex. The current scientific inquiry is into whether humans have the ability to identify five or six specific categories of taste. Scientists first believed there were only four tastes: sweet, bitter, sour, and salty. Then they determined there was a fifth taste: umami, which is a savory taste. Now some scientists believe there is a sixth taste: fat. To determine whether something is really a “taste,” researchers have to isolate the sense of taste from other senses, especially the sense of smell. Chris Iliades, a medical clinician turned medical writer, observes, “If you hold your nose, close your eyes and eat chocolate, you may not know what you are eating. Without your sense of smell, chocolate just tastes sweet or bitter. “[1]

When tastes are mixed together, you start creating flavors; howbeit, flavors also rely on other senses, as noted above especially the sense of smell. Iliades writes, “If you have ever tried to enjoy a meal with a head cold, you know how much your sense of smell adds to flavor. Flavor is more than just odor and taste. It also includes texture and temperature. It even includes the sense of pain, which is what you get from capsaicin in chili peppers. Put it all together and you have the ability to discern 100,000 different flavors. … Evolution must have considered your sense of taste to be very important. It made your taste buds the only part of your nervous system that can completely regenerate when they get old or damaged.”

Dining, as opposed to eating, means more than simply ingesting food. The total dining experience involves all of senses. Even our thoughts can change our enjoyment of food. Scientists from the University of Copenhagen have discovered, “Food we are familiar with tastes the best, but if we know where the food comes from and how it is made, it actually gets better, even if we don’t think the taste is spot on.”[2] One of the researchers, Michael Bom Frost, explains, “Much more than taste and how much we like what we eat affects our behavior. … Other elements of the experience, such as the pride of eating food made from local produce and using traditional production methods, significantly changes the perception of the food. There are a lot of feelings about food that are connected to where it comes from.”

Coming to our senses about food

Taste. Even though most people have common taste sensitivities to the five or six basic tastes, some people are super tasters (i.e., they are particularly sensitive to specific tastes). Scientists from the American Heart Association have discovered super tasters “have a genetic predisposition to taste food differently, they are likely to experience extreme sensitivity to bitterness. Scientists think this could explain why some people eat fewer — or entirely avoid — vegetables.”[3] Jennifer Smith, a post-doctorate in cardiovascular science at the University of Kentucky School of Medicine states, “The role of genetics in taste will be important to research as people’s food preferences change.”[4] The American Heart Association stresses, “Finding other ways in which genes impact food choice and taste experience will be important.”

Smell. As I noted above, the sense of smell is just as important to our enjoyment of food as our sense of taste. The COVID-19 pandemic demonstrated the close relationship between taste and smell when losing those senses were discovered to be a widespread symptom of the disease. Food science writer Harold McGee (@Harold_McGee) was a victim of COVID-19 and temporarily lost his senses of taste and smell. Concerning, that experience he observes, “It’s the kind of thing where you don’t notice something until it’s gone. I spent less and less time cooking. There was no point in going out to restaurants because I wasn’t really going to enjoy it.”[5] He goes on to note, “[Smell] turns out to be the dominant sense in our appreciation and perception of food. … What we call ‘flavor’ — the overall quality of a food, [the] sensory quality of food — is built of several different sensations. One of them is taste on the tongue, which is limited to about a half dozen to a dozen different sensations: sweet, sour, salty, bitter, savory, things like that. And then the sense of smell is actually able to distinguish among hundreds, thousands, maybe many more than thousands of molecules. And so the distinctiveness of particular foods really comes from our perception of their aromas — their smells — and not so much their taste.”

Sight. If you’ve ever watched a food competition on television, you may have heard judges tell contestants their food tasted great but looked messy. Everything from the color of food to how it’s plated can affect our dining experience. Researchers from Ireland and the United States are studying how the appearance of food — especially its color — affects how we perceive its flavor. According to Amalia Scannell, an assistant professor from University College Dublin, “Taste is only one very small part of the equation. … It’s hugely complex. If I had to pick one factor that is most important in making food appealing, I’d say it was color rather than taste. Human beings are very visual and we choose food with our eyes first.”[6] Nina Sparling reports a study from Penn State agrees with Scannell’s conclusions. She writes, “[The study] confirms longstanding research into the relationship between color and taste. What consumers see when they eat matters as much — if not more — than what they taste. … What consumers expect when they see a food primes the palate to taste certain flavors.”[7] She adds, “Many food brands rely on visual expectations to pull customers into unfamiliar products. Take alternative protein: a burger that mimics the appearance and color of a beef patty elicits a different reaction than a green-hued veggie-dense alternative.”

Touch. Texture, it turns out, is an important element of food enjoyment. Journalist Alicia Kelso (@BGbunster) writes, “[In 2017], Popular Science declared texture the final frontier of food science. The publication noted the importance of texture has long been downplayed compared to taste and smell. But nowadays, with the swiftly growing demands of restaurant food delivery and prepared food sections in grocery stores, consumers and operators alike are quickly recognizing the importance of maintaining texture.”[8] A Penn State study concluded, “Food’s texture affects whether it is eaten, liked or rejected.”[9] According to the Penn State research team, “Some people are better at detecting even minor differences in consistency because their tongues can perceive particle sizes.” Team member John Hayes (@TasteProf), an associate professor of food science, notes, “We’ve known for a long time that individual differences in taste and smell can cause differences in liking and food intake — now it looks like the same might be true for texture. This may have implications for parents of picky eaters since texture is often a major reason food is rejected.” Food writer Oliver Morrison (@OPWMorrison) reports food texture can also help you feel fuller.[10] He explains, “Food texture is an often underestimated element in food design and processing. Researchers at the University of Leeds, therefore, undertook the first systematic review … of food texture. … Their findings … reveal that both solid and higher viscous food significantly reduce hunger and promote satiety.”

Sound. Most people have heard about the experiments Russian physiologist Ivan Pavlov conducted using dogs in the 1890s. He was researching salivation in dogs, believing they would begin salivating when food was placed in front of them. He was surprised to learn they started to salivate when they heard the footsteps of his assistant bringing them the food. Some people have the same reaction when they hear the sizzle of bacon on the grill. Scientists are now finding that some sounds can be off-putting. Virginia Van Wyk reports, “A recent study published in Applied Acoustics investigated how noise levels in restaurants can affect how diners perceive the taste of food. While all restaurants have some level of noise, whether it be the buzz of conversation during peak hours or searing sounds from the kitchen, it can lead to an unpleasant dining experience if excessively loud. The Guardian claims that ‘background noise in some eateries can reach the equivalent of a lawnmower or a motorbike.’ People rarely consider how noise levels affect them psychologically. … [One study found], while relaxing music did cause an increase in enjoyment of the food, normal restaurant noise and road traffic noise decreased participants’ liking of food at all levels.”[11]

When it comes to the enjoyment of food, we shouldn’t just rely on what we think our mouth is telling us. The enjoyment of food increases as we allow all our senses to get involved. As more is learned about these relationships, cognitive technologies will be useful in helping the food industry combine sensory characteristics in an appealing way. To some extent, Enterra’s SensoryPrint™ technology can already do this for flavors. Eventually, sights, smells, textures, and, even possibly, sounds, should be able to be added to the mix. The result should be a more pleasurable dining experience for everyone.