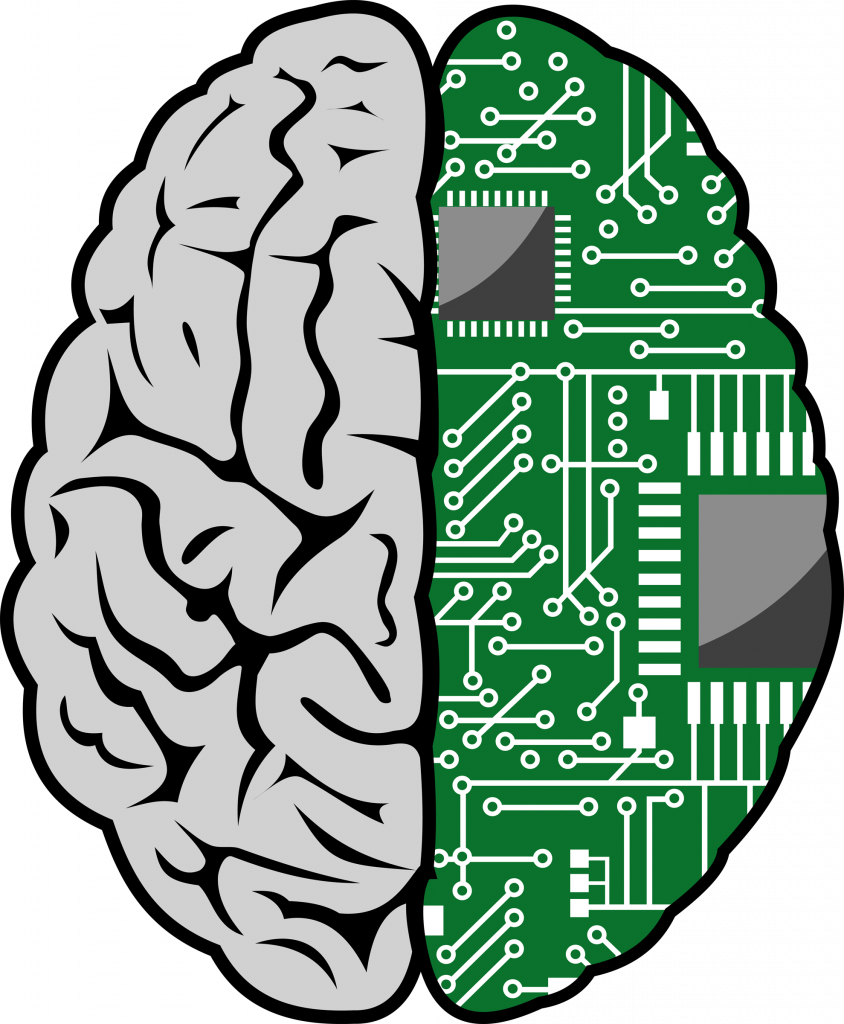 Cognitive Computing and the Human Touch

Too often cognitive computing discussions focus on the technology and minimize the role humans play. That’s a mistake. Cognitive technologies were developed to augment human decision-making not replace it. Elif Tutuk (@elif_tutuk), head of R&D at Qlik, explains, “Artificial Intelligence (AI) is no longer just futuristic. Although it is still emerging, it is already enabling companies to rapidly change work processes to make them more fluid, or completely reimagine them altogether. To move past the speculation and amplify human work in a tangible way, businesses must put human intuition in the middle of data analytics and advanced algorithms — we call this ‘augmented intelligence’.”[1] Although I agree with most of what Tutuk states, I would have used the term “human intelligence” rather than “human intuition” — because intuition implies using something other than an analytic approach. The important point is that augmenting human intelligence rather than replacing it is what makes cognitive technologies different than the pursuit of artificial general intelligence.

Advanced analytics are an essential capability for any large, Digital Age enterprise. Tutuk observes, “Analytics technology has moved on significantly since the passive systems of old, that restricted users to limited, pre-canned data reports. Even the next iteration of systems, which empowered business users with data visualization, did not provide the means to fully explore the plethora of data in front of them. Only a select few solutions had the qualities that allowed users to see the whole story living in their systems.” She believes today’s analytics represent a third wave of analytics that greatly improves the value organizations can obtain from their data. She explains, “This third wave, deemed by some as ‘generative’ data analytics, evolves the previous notion of data discovery by automating analytics workflows with machine learning.” Implementing advanced analytics solutions is no longer about gaining an edge — it’s about keeping up. Sam Ransbotham (@Ransbotham), David Kiron (@DavidKiron1), and Pamela Kirk Prentice (@pamelakprentice) assert, “Competitive advantage with analytics is waning. The percentage of companies that report obtaining a competitive advantage with analytics has declined significantly. … Increased market adoption of analytics levels the playing field and makes it more difficult for companies to keep their edge.”[2]

Companies leverage analytics to improve decision-making. Bain analysts, Michael C. Mankins and Lori Sherer (@lorisherer), assert that if you can improve a company’s decision making you can dramatically improve its bottom line. They explain, “The best way to understand any company’s operations is to view them as a series of decisions.”[3] They add, “We know from extensive research that decisions matter — a lot. Companies that make better decisions, make them faster and execute them more effectively than rivals nearly always turn in better financial performance. Not surprisingly, companies that employ advanced analytics to improve decision making and execution have the results to show for it.” Tutuk would probably argue that strategic decision-making remains primarily a human activity. She writes, “To get the most out of the next generation of business intelligence, automated data analytics must be combined with human intuition. Data sets, however refined, require human oversight for any resulting decisions to be fully informed and accurate. Increasingly, modern platforms are being developed to ‘think like humans,’ using algorithms to analyze data from user interactions and make associated recommendations. In this vein, they will not only be generative, but also intuitive and associative, in the same way that the human brain is, the ultimate cognitive machine.” Again, I prefer “human intelligence” to “human intuition,” but her broader point is that humans are still required to maximize organizational decision-making.

Futurist Daniel Burrus (@DanielBurrus) and Neil Smith, Chief Technology Officer at Cognitive Performance Software and Solutions, insist business leaders are constantly involved in cognitive work; therefore, improving cognitive performance inevitably improves business performance. They write, “[Business leaders] occupy roles in the cognitive operations of their organizations, where there is a constant set of unknowns. … The next evolution of cognitive computing addresses their cognitive responsibilities — i.e., helping executives and management consultants work through their risk-reward trade-offs in context to situational context and criteria.”[4] Business leaders are not only faced with “a constant set of unknowns,” they are constantly asked to make decisions in ambiguous situations. Cognitive computing capabilities can only help in those circumstances. Jenna Hogue explains, “The types of problems [involved in cognitive computing] … tend to be much more complex and human-like than the average non-cognitive system. These problems tend to comprise multiple different variables included, shifting data elements, and an ambiguous nature.”[5]

Burrus and Smith assert, “Where machines continue to learn role-based tasks, it’s necessary for humans to work in harmony with machines to better navigate through areas of complexity and uncertainty. For business to advance, enhancing human performance needs to be a strategic imperative for business executives rather than accepting the status quo. With stronger human performance, culture will transform with faster cognitive insights and foresights to create an environment of deeper human learning.” In a follow-on article, Burrus and Smith identify a number of human activities that can benefit from human/cognitive computing collaboration.[6] They are:

Cognitive computing platforms, like the Enterra Enterprise Cognitive System™ (AILA®) — a system that can Sense, Think, Act, and Learn®, maximizes human intelligence by democratizing analytics. Tutuk explains, “Augmented platforms enable the a wider benefit of helping business users get the most out of data without needing to understand algorithms or complex data models.” They do this through the use of natural language processing and natural language generation.

Cognitive platforms should be perceived as co-workers in the workplace. Their capabilities are essential because, as Tutuk put it, “Business is now being defined by the disruption of information, intelligence and advice.” Most organizations now suffer from information overload and the only way to make sense of all the data being generated is by leveraging cognitive technologies. Advanced analytics has truly become a business imperative. At the same time, Tutuk, notes, the technology should not be perceived as replacing human decision-making. “Despite the key role that automation and advanced algorithms must play in data analytics,” she writes, “the ideal model will always put humans at the center. This is augmented intelligence — the AI that is already shaping how businesses work.”