Anyone who has watched the price of commodities rise knows that China is somehow involved in pushing up the prices — not because it is involved in any deep conspiracy, but because its current appetite for raw material appears unbounded. The impact that China’s search for resources is having on the global economy is the focus of a special report in a recent issue of The Economist [“A ravenous dragon,” 15 March 2008 print edition].

“From Canada to Indonesia to Kazakhstan, Chinese firms are gobbling up oil, gas, coal and metals, or paying for the right to explore for them, or buying up firms that produce them. Ships are queuing off Australia’s biggest coal port, Newcastle, to load cargoes destined for China; at one point last June the line was 79 ships long. African and Latin American economies are growing at their fastest pace in decades, thanks in large part to heavy Chinese demand for their resources. China’s burgeoning consumption has helped push the price of all manner of fuels, metals and grains to new peaks over the past year. Even the price of shipping raw materials recently reached a record.”

So resource starved are the Chinese, they are willing to invest in risky areas where others have feared to tread.

“The Chinese authorities, it seems, are so anxious to obtain enough minerals to sustain their country’s remarkable economic growth that they are willing to invest billions in a dirt-poor and war-torn place like Congo—billions more, in fact, than Western governments and investors combined are putting in.”

In fact, the article notes that, in late 2007, Chinese state-owned businesses negotiated a deal with Congolese authorities for the rights to mine $12 billion of copper ore. In exchange for those rights, the companies promised to invest an equivalent amount in Congolese infrastructure (i.e., railways, roads and mines). While that may not sound like a lot of money for cash-rich countries, it represents “more than three times Congo’s annual national budget and roughly ten times the aid that the ‘consultative group’ of Western donors has promised the country each year until 2010.” Now you know why most developing countries are so pleased to welcome Chinese visitors — they come with money that has few strings attached. The ubiquitous Chinese presence has not gone unnoticed.

“China’s sudden global reach is generating as much anxiety as prosperity. In 2005 America’s congressmen, citing nebulous national-security concerns, scuppered the proposed takeover of Unocal, an American oil firm, by CNOOC, a state-owned Chinese one. The opposition candidate in Zambia’s presidential election in 2006 made a point of attacking the growing Chinese presence in the country. Residents of Russia’s far east fear that China is planning to plunder their oil and timber and perhaps even to colonise their empty spaces. Some non-governmental organisations worry that Chinese firms will ignore basic legal, environmental and labour standards in their rush to secure resources, leaving a trail of corruption, pollution and exploitation in their wake. Western companies fret that the Chinese state-owned firms with which they suddenly find themselves competing have an agenda beyond commercial gain. The Chinese government, they say, is willing to pay over the odds for mining or drilling rights to secure access to physical resources. It also intervenes unfairly on its companies’ behalf, they claim, by offering big aid packages to countries that welcome Chinese investment. All this, it is feared, will dent the profits of big oil and mining firms, stoke inflation and imperil the West’s access to resources that it needs just as much as China does. Diplomats and pundits, for their part, fear that the West is ‘losing’ Africa and other resource-rich regions. China’s sudden prominence, according to this view, will reduce the clout of America, Europe and other rich democracies in the developing world. China will befriend ostracised regimes and encourage them to defy international norms. Corruption, economic mismanagement, repression and instability will proliferate. If this baleful influence spreads too widely, say the critics, the ‘Washington consensus’ of economic liberalism and democracy will find itself in competition with a ‘Beijing consensus’ of state-led development and despotism.”

While the Beijing consensus may be good for tyrants, it’s bad news for countries earnestly trying to achieve sustainable development. As I’ve continually stressed, nothing undermines development faster than corruption. In the long-run, Beijing will learn what many Western governments learned during the Cold War; propping up despots almost always comes back to bite you. China needs consumers to keep its export economy growing. It could help create those consumers through wise investments in developing countries, but pundits fear that wisdom is being sidetracked by desire.

“Angola, to the south, has been receiving so much aid and investment from China that in 2006 it decided it had no need of the International Monetary Fund’s billions and all the tiresome requirements for transparency and sound economic management that come with them. Sudan, to the north, has shrugged off Western threats and sanctions over the continuing atrocities in Darfur, thanks in large part to China’s readiness to invest in Sudanese oilfields and buy their output. Farther afield, China’s eagerness to do business in Myanmar, and its consequent reluctance to chide the tyrannical generals that run the place, helped to prevent a forceful international response to the violent repression of peaceful demonstrations there last year.”

All this may sound like The Economist is trying to paint a world that should be fearful of the Chinese and their aims, but they quickly abuse their readers of this notion.

“Concerns about the dire consequences of China’s quest for natural resources are overblown. China does indeed treat some dictators with kid gloves, but it is hardly alone in that. Its companies do not always uphold the highest standards, but again, many Western firms are no angels either. Fifty years of European and American aid have not succeeded in bringing much prosperity to Africa and other poor but resource-rich places. A different approach from China might yield better results. At the very least it will spur other donors to seek more effective methods. For all the hue and cry, China is still just one of many countries looking for raw materials around the world. It has won most influence in countries where Western governments were conspicuous by their absence, and where few important strategic interests are at stake. Moreover, as China is becoming more involved in places such as Congo, its policies are beginning to change. It has promised to co-operate with the World Bank in its development efforts in Africa. It no longer seems prepared to back its most objectionable allies in the face of international opprobrium. Its diplomats, for example, did eventually stop parroting their line about unwarranted interference in the internal affairs of a sovereign state and allow United Nations peacekeepers to be deployed in Sudan.”

China’s hunger for raw materials will rise and fall with the state of its economy. The health of the Chinese economy, in large measure, is determined by the health of the global economy. But China’s economy has had been on such a tear that people fear it will monopolize commodity markets. The Economist doesn’t seem concerned.

“As the world’s biggest consumer of many commodities, China naturally wants to ensure a stea
dy supply of them to keep its economy going. But markets for commodities are global, and the risk of any one consumer cornering supplies, or securing them at a lower price, is negligible.”

The Economist closes its introduction to the special report by noting that the greatest impact of China’s appetite for raw materials will be the continued pollution of China’s air and water supplies. Like the Soviet Union, China is investing in grimy heavy industries but it has either enacted too few environmental regulations or invested in too little enforcement to control the damage such industries have caused. As the Chinese middle class grows, so will the environmental protests. Once Chinese are as heavily regulated as those in the West, they will look elsewhere (probably to Africa) to invest in less regulated heavy industries. Not until unregulated (or lightly regulated) countries fade into history, will global anti-pollution movement truly gain purchase. As globalization continues it sweep across the globe, the hope is that it will leave growing middle classes, increasing environmental awareness, and a better world. 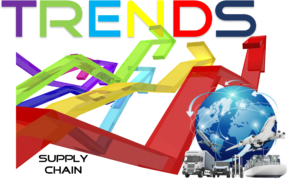