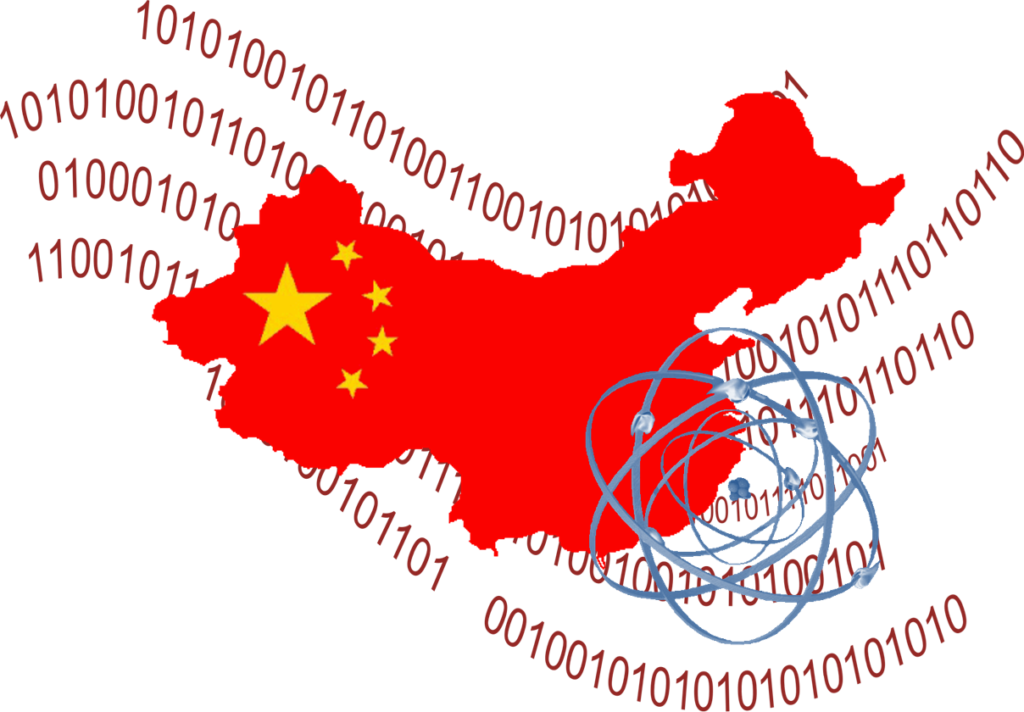 Has China Taken the Lead in Quantum Computing?

In early May, Chinese scientists from the Shanghai Institute for Advanced Studies of University of Science and Technology of China announced they had successfully built the world’s first quantum computing machine that is 24,000 times faster than its international counterparts and may dwarf the processing power of existing supercomputers.[1] The Canadian company D-Wave might quibble with the Chinese scientists about being first to build a quantum computer. Several years ago it began selling a quantum computer that specializes in solving optimization problems. And last year, scientists from the Joint Quantum Institute at the University of Maryland announced they had developed “a first-of-its-kind fully programmable and reconfigurable quantum computer. The five-qubit machine, which is described in the journal Nature, represents a dramatic step toward general-purpose quantum computing — and, with it, an upending of what we can even consider to be computable.”[2] Australian scientists are also making great strides in the area of quantum computing.[3] The Chinese computer is presumably fully programmable like traditional computers which will make it fit for generalized use. Time will tell.

What is Quantum Computing?

One of the challenges associated with quantum computing is that you can never look under the hood to see what is going on because such an act would interfere with the quantum magic that allows a particle (in this case, a qubit) to be both a zero and a one at the same time. This phenomenon was first posited by physicist Erwin Schrödinger and he tried to describe it using his now-famous cat. Anjana Ahuja explains:

“The cat — a feline in a locked box that is both dead and alive until the box is opened — was a thought experiment devised by physicist Schrödinger to expose the counterintuitive weirdness of quantum theory. The theory posits that an entity can exist simultaneously in any number of states until the point at which it is observed, whereupon it will ‘collapse’ into one state — either purring or deceased in the case of the trapped tabby, which is incarcerated with a poison that either has or has not been released through radioactive decay. Geniuses have spotted that tapping into the quantum realm could release fantastic amounts of computing power.”[4]

The following explanatory video calls this a “secret computation.” If you are new the subject of quantum computing, you’ll find the video both fascinating and insightful.

As the video notes, one of the challenges associated with quantum computing is instability. Because calculations are taking place at the quantum level, the slightest interference can disrupt the process. To increase stability, most experimental systems rely on heavy shielding and are cooled to operating temperatures approaching absolute zero. That’s makes quantum computers very expensive to build and maintain. Pan Jianwei, a physicist at the Chinese Academy of Sciences, told reporters from the Shanghai Daily, “Despite substantial progress in the past two decades, building quantum machines that can outperform classical computers in some specific tasks — an important milestone termed ‘quantum supremacy’ — remains challenging.”[5] Chinese scientists are trying to achieve quantum supremacy using Boson sampling. “In the quest for quantum supremacy,” Pan stated, “Boson sampling — an intermediate quantum computer model — has received considerable attention, as it requires fewer physical resources than building universal optical quantum computers.”[6] According to an Economic Times article, “[The Chinese scientists] are using a high-performance single photon source and electronically programmable photonic circuit to build a multi-photon quantum computing prototype to run the Boson sampling task. The test results show the sampling rate of this prototype is at least 24,000 times faster than international counterparts, researchers said. At the same time, the prototype quantum computing machine is 10 to 100 times faster than the first electronic computer, ENIAC, and the transistor computer, TRADIC, in running the classical algorithm, Pan said.”[7]

Chad Orzel (@orzelc), an Associate Professor in the Department of Physics and Astronomy at Union College, writes, “Even when quantum computers are finally built, they’re likely to remain highly specialized instruments, for the simple reason that they really only offer an advantage for certain special kinds of problems.”[8] To demonstrate how complicated the subject of quantum computing really is, Orzel cites quantum computing theorist (and physics blogger) Scott Aaronson, who wrote:

“A quantum computer is a proposed device that exploits quantum mechanics to solve certain specific problems like factoring huge numbers much faster than we know how to solve them with any existing computer. Quantum mechanics has been the basic framework of physics since the 1920s. It’s a generalization of the rules of probability themselves. From day to day life, you’d never talk about a minus-20 per cent chance of something happening, but quantum mechanics is based on numbers called amplitudes, which can be positive or negative or even complex numbers. The goal in quantum computing is to choreograph things so that some paths leading to a wrong answer have positive amplitudes and others have negative amplitudes, so on the whole they cancel out and the wrong answer is not observed.”

“Most of the time, the process of engineering quantum waves to do a calculation, and protecting them from outside interference long enough for that calculation to finish, is just more hassle than it’s worth. You get a little bit of a speed-up, maybe, but not enough to justify the extra overhead needed for quantum computing — you’re better off just running a fast classical algorithm on a top-of-the-line classical computer. For a small subset of problems, though, quantum mechanics makes a dramatic difference. … In between the trivial and the world-changing, there are a bunch of other quantum algorithms that produce a significant speed-up over the best possible classical computations, and researchers are working hard to try to find more. And there are tons more problems where they’ve conclusively shown that a quantum approach isn’t worth the bother. … So, what characteristics do the problems where quantum computing wins big share? … One thing that they share is that they tend to be about some global property of a large mathematical system. … Basic, everyday computing tasks are not mathematical problems with the sort of properties that lend themselves to quantum speedups. … The Traveling Salesman Problem is, on some level exactly the kind of thing where thinking about quantum computing as wave engineering makes it seem a prime candidate for a quantum speedup. What it’s asking for is a global property of the system — the shortest possible path hitting all nodes of a network — and that’s exactly the kind of thing where you might expect that sending out waves that by their very nature explore a wide range of possibilities would be a great way to arrive at an answer. And that’s something to keep in mind the next time you see a splashy headline about quantum computing. Quantum computing is an awesomely cool branch of physics, but it’s important to remember that at bottom, it’s all about choreographing waves, and that means it’s only dramatically better for a small number of possible problems.”

Are those “small number of possible problems” important? Meredith Rutland Bauer (@merebauer) reports, “Consider three hair-pulling problems: 1 percent of the world’s energy is used every year just to produce fertilizer; solar panels aren’t powerful enough to provide all the power for most homes; investing in stocks often feels like a game of Russian roulette. Those seemingly disparate issues can be solved by the same tool, according to some scientists: quantum computing.”[9] She adds, “Quantum computers could be used to organize delivery truck routes so holiday gifts arrive faster during the rush before Christmas. They could take thousands of self-driving cars and organize them on the highway so all the drivers get to their destination via the fastest route. They could create automated translating software so international businesses don’t have to bother with delays caused from translating emails. … One day, quantum might even be used for nationwide problems, like optimizing the entire U.S. economy or organizing a national power grid.”

Don’t expect to ever see a desktop quantum computer. They will always remain expensive and hard to maintain. But for a few challenging problems, quantum computers hold great promise. Encryption is another area where quantum computers could play a significant role. That’s why there is an international race to create them.