Home » Base of the Pyramid » Can Frugal Innovation Save the Global Economy? 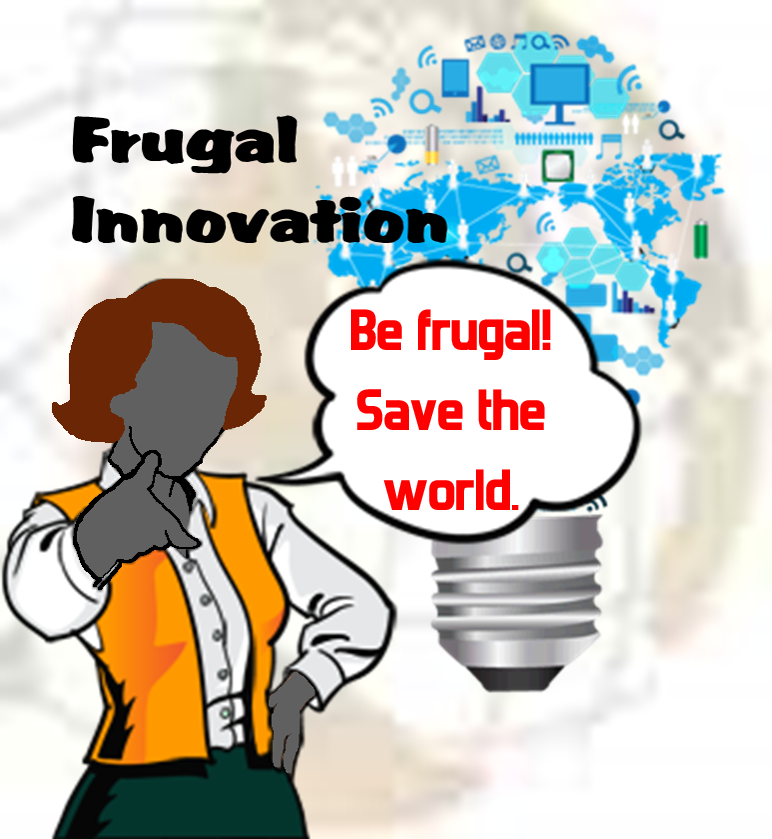 Can Frugal Innovation Save the Global Economy?

The global economy is stuck in a malaise. Economists seem uncertain whether this malaise will worsen and plunge the global economy into a new recession or brighten and help it climb to steady growth. There are some promising signs. Oil and iron prices are rising — indicating that some investors believe the economy has turned a corner and found a brighter future. Jaideep Prabhu (@JaideepPrabhu), Director of Center for India & Global Business at Cambridge Judge Business School, believes that “frugal innovation” can help the global economy turn in the right direction. He calls frugal innovation a “revolution that is taking the world by storm.”[1] He explains:

“With the global economy struggling, this is the kind of innovation that could kickstart it in 2016. Empowered by cheap computers such as the Raspberry Pi and other ubiquitous tools such as smartphones, cloud computing, 3D printers, crowdfunding, and social media, small teams with limited resources are now able to innovate in ways that only large companies and governments could in the past. This frugal innovation — the ability to create faster, better and cheaper solutions using minimal resources — is poised to drive global growth in 2016 and beyond. More than four billion people around the world, most of them in developing countries, live outside the formal economy and face significant unmet needs when it comes to health, education, energy, food, and financial services. For years this large population was either the target of aid or was left to the mercy of governments. More recently, large firms and smaller social enterprises have begun to see these four billion as an enormous opportunity to be reached through market-based solutions. These solutions must, however, be frugal — highly affordable and flexible in nature. They typically include previously excluded groups both as consumers and producers. Bringing the next four billion into the formal economy through frugal innovation has already begun to unleash growth and create unprecedented wealth in Asia, Africa and Latin America. But there’s much, much more to come.”

Prabhu’s assertions are not new. The late Professor C.K. Prahalad became famous for asserting that profits could be made by selling products and services to the world’s poorest people (i.e., those at the base of the pyramid).[2] And half a dozen years ago an article in The Economist praised frugal innovation and the management style that fostered it. “Emerging countries are no longer content to be sources of cheap hands and low-cost brains,” the article noted. “Instead they too are becoming hotbeds of innovation, producing breakthroughs in everything from telecoms to carmaking to health care. They are redesigning products to reduce costs not just by 10%, but by up to 90%. They are redesigning entire business processes to do things better and faster than their rivals in the West. Forget about flat — the world of business is turning upside down.”[3] The article asserted frugal innovations are replacing fear with hope in emerging market countries. Since an emerging global middle class is essential for economic growth, innovations that create jobs, wealth, and hope are good for the rest of the world as well. Prabhu asserts that the developed world is finally catching on to how valuable frugal innovations can be. Economic doldrums can open a lot of eyes. “Declining real incomes and government spending, accompanied by greater concern for the environment,” he writes, “are making Western consumers both value and values conscious.” He indicates that two other movements are also at play. He explains:

“The rise of two massive movements in recent years, the sharing economy and the maker movement, shows the potential of frugal innovation in the West. The sharing economy, exemplified by Airbnb, BlaBlaCar and Kickstarter, has empowered consumers to trade spare assets with each other and thus generate new sources of income. The maker movement, meanwhile, features proactive consumers who tinker in spaces such as FabLabs, TechShops and MakeSpaces, designing solutions to problems they encounter.”

Concerning the sharing economy, Professor Kurt Matzler (@kmatzler) and doctorate students Viktoria Veider and Wolfgang Kathan, all from the University of Innsbruck, note, “Instead of buying and owning products, consumers are increasingly interested in leasing and sharing them. Companies can benefit from the trend toward ‘collaborative consumption’ through creative new approaches to defining and distributing their offerings.”[4] To learn more about the maker movement, read my article entitled “Heard of the Maker Movement? You Will.” Prabhu believes that frugal innovation embraces one other quality — sustainability. “Frugal innovation not only has the power to drive more inclusive growth by tackling poverty and inequality around the world,” he writes, “it is also increasingly the key to growth that will not simultaneously wreck the planet.” Another reason that frugal innovation is taking the world by storm is that geography is no longer a barrier to innovation. For years, the tools and resources required for innovation were mostly located in the developed world. As Prabhu points out, those tools — cheap computers, smartphones, cloud computing, 3D printers, crowdfunding, and social media — are increasingly available to everyone. Roopa Unnikrishnan (@roopaonline), founder of Center10 Consulting, expands on this notion.[5] She writes:

“What we’re seeing here is a paradigm shift that goes beyond the current approach that looks for hotbeds of creativity. Why does geography feel less critical to innovation these days? The reason, in part, is that all elements of innovation — the innovation value chain, as it were — are slowly decoupling from their traditional physical underpinnings. The innovation value chain — insight, inspiration, design, development and implementation — is shifting to become increasingly virtual and personal. … While traditional centers of innovation such as Silicon Valley or the Route 128 corridor near Boston continue to draw upon the resources of institutions such as Stanford University or MIT, and the entrepreneurial ecosystem that has grown up around them, today that bedrock of knowledge is shifting.”

Where pockets of innovation used to be the norm, Unnikrishnan is arguing that the whole world is becoming an innovation incubator. She also makes a plea to venture capitalists:

“Maybe Silicon Valley and Silicon Alley should consider how companies and individuals the world over are using the tools these firms have developed in past decades to create a network of innovation that is sensitive to the inspiration and innovation happening across the globe. Open up your minds and purses, I say. More importantly, don’t keep trying to get these amazing enterprises to come to you — find a way to get to them.”

Prabhu reminds venture capitalists that supporting frugal innovation is a bargain. “Never before have so many been able to do so much for so little,” he writes. “Aiding and stimulating this frugal innovation revolution holds the key to driving global growth by employing more people to solve some of the big problems of poverty, inequality and climate change that stalk the planet.”