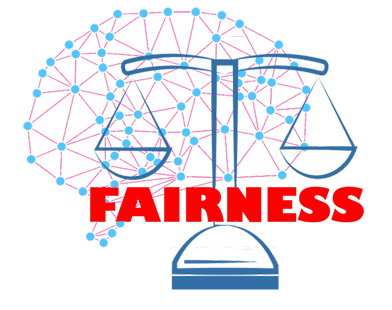 Numerous articles have been written discussing how bias can creep into machine learning (ML) solutions. Bias is never a good thing; especially when it affects peoples’ lives. The good news, according to Tony Baer (@TonyBaer), head of Big Data research at Ovum, is that fairness and bias are now on the radar of “sophisticated” machine learning companies.[1] He defines sophisticated companies as those having at least 5 years of machine learning experience. He cites the results of an O’Reilly Media survey that found a “surprisingly high proportion of respondents (almost half) among the more experienced ‘sophisticated’ group reporting that their organizations were at least aware and are starting to vet their models and data samples for bias, fairness, and privacy. Of course with the onset of GDPR, their organizations are probably not giving them a choice. And also, this group, being the most elite, should have more awareness — the open question is whether such awareness will spread as adoption spreads to the more general enterprise population.”

Yaroslav Kuflinski, a sales executive at Itransition, reports, “A county justice system in Florida deployed an ML algorithm to predict the chances of a repeat offense, and thus important to use this prediction among other criteria to determine the eligibility of inmates for parole. Here is a machine learning algorithm upon which the lives and hopes of a significant number of desperate incarcerated people depend. But sadly, the inaccuracy of this system has repeatedly granted parole to repeat offenders, and it has even been determined by an independent analyst group that racism has actually been built into the predictive algorithm!”[2] Whenever peoples’ lives can be seriously impacted, fairness matters. Four distinguished scholars, Ahmed Abbasi, Jingjing Li (@Vivianchat177), Gari Clifford (@GariClifford), and Herman Taylor, observe, “Machine learning is increasingly being used to predict individuals’ attitudes, behaviors, and preferences across an array of applications — from personalized marketing to precision medicine. Unsurprisingly, given the speed of change and ever-increasing complexity, there have been several recent high-profile examples of ‘machine learning gone wrong’.”[3] They provide a few prominent examples of such episodes:

“A chatbot trained using Twitter was shut down after only a single day because of its obscene and inflammatory tweets. Machine learning models used in a popular search engine struggle to differentiate human images from those of gorillas, and show female searchers ads for lower paying jobs relative to male users. More recently, a study compared the commonly used crime risk analysis tool COMPAS against recidivism predictions from 400 untrained workers recruited via Amazon Mechanical Turk. The results suggest that COMPAS has learned implicit racial biases, causing it to be less accurate than the novice human predictors.”

Although some people want to lay all of the blame on machine learning, Abbasi and his colleagues note, “When models don’t perform as intended, people and process are normally to blame.” They note bias can be generated in a number of ways. “Bias,” they write, “can manifest itself in many forms across various stages of the machine learning process, including data collection, data preparation, modeling, evaluation, and deployment.” They list four types of bias commonly associated with machine learning:

Michal Gabrielczyk, a Senior Technology Strategy Consultant at Cambridge Consultants, observes there is an important, on-going debate about the unintended consequences of machine learning that simply behaves unexpectedly, which results in damage or loss.[4] To avoid these consequences, he suggests, “ML development needs to abide by some principles which mitigate against its risks.”

How to Build Fairness into Machine Learning

Gabrielczyk indicates “It is not clear who will ultimately impose rules if any are imposed at all.” Nevertheless he suggests several principles, and Abbasi and his colleagues suggest several specific rules, developers can use to help them build fairness into their machine learning systems. Gabrielczyk’s principles are:

The five specific rules suggested by Abbasi, Li, Clifford, and Taylor are:

2. Annotate with caution. “Unstructured data, such as text and images, often is generated by human annotators who provide structured category labels that are then used to train machine learning models. For instance, annotators can label images containing people, or mark which texts contain positive versus negative sentiments. Human annotation services have become a major business model, with numerous platforms emerging at the intersection of crowd-sourcing and the gig economy. Although the quality of annotation is adequate for many tasks, human annotation is inherently prone to a plethora of culturally ingrained biases.”

4. When sampling, balance representativeness with critical mass constraints. “For data sampling, the age-old mantra has been to ensure that samples are statistically representative of the future cases that a given model is likely to encounter. This is generally a good practice. The one issue with representativeness is that it undervalues minority cases — those that are statistically less common. While at the surface this seems intuitive and acceptable — there are always going to be more- and less-common cases — issues arise when certain demographic groups are statistical minorities in your dataset. Essentially, machine learning models are incentivized to learn patterns that apply to large groups, in order to become more accurate, meaning that if a particular group isn’t well represented in your data, the model will not prioritize learning about it.”

5. When building a model, keep de-biasing in mind. “Even with the aforementioned steps, de-biasing during the model building and training phase is often necessary. Several tactics have been proposed. One approach is to completely strip the training data of any demographic cues, explicit and implicit. … Another approach is to build fairness measures into the model’s training objectives, for instance, by ‘boosting’ the importance of certain minority or edge cases.”

Even with the best intentions, bias can creep into machine learning results. Developers and users must be constantly vigilant in order to minimize deleterious effects.