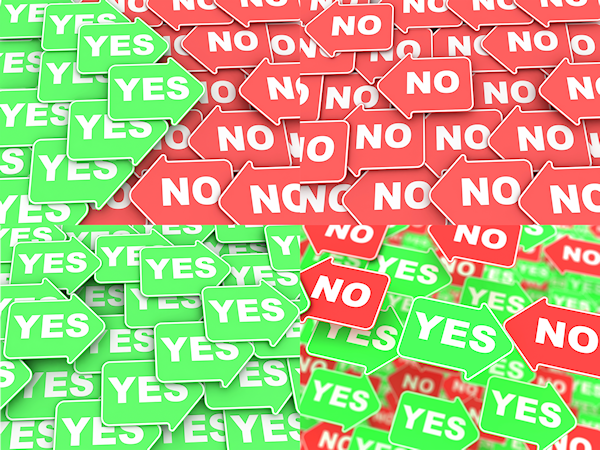 Blockchain: Good or Good for Nothing?

Controversy makes life interesting. Used properly, controversy can lead one to the truth. Unfortunately, in today’s society, controversy is too often used as a tool to obscure truth rather than reveal it. Benjamin Rush, a signer of the United States Declaration of Independence, once stated, “Controversy is only dreaded by the advocates of error.” Business leaders, who are often required to make decisions based on ambiguous facts, are best served when controversies are brought to their attention before they make final decisions. Weighing each side of a controversy generally results in better decisions. One technology about which business leaders are going to have to make a controversial decision is blockchain (aka distributed ledger) technology. Dave Food (@davefood), a consultant at Prophetic Technology bluntly states, “No technology wakens up so much debate as Blockchain does.”[1] He adds, “Blockchain technology … is for sure provoking controversy.”

What is blockchain technology?

Jesse Frederik (@jessefrederik), the economics reporter for The Correspondent, writes, “I’ve been hearing a lot about blockchain in the last few years. I mean, who hasn’t? It’s everywhere. I’m sure I wasn’t the only one who thought: but what is it then, for God’s sake, this whole blockchain thing?”[2] Food tries to describe blockchain attributes using ten facts. They are:

Food reports, “Blockchain is triggering the attention of both government instances and private sector; currently supporting all [economic] and social divisions, from finance to [supply chain] management, e-commerce, food security, and even safeguarding your vote.” It all sounds great. Where’s the controversy?

Why is blockchain technology so controversial?

Frederik, for one, isn’t convinced that all the hype about blockchain technology is true. He asks, “What’s so terribly revolutionary about it? What problem does it solve?” He set out to answer those questions and became a skeptic in the process. He explains, “I can tell you upfront, it’s a bizarre journey to nowhere. I’ve never seen so much incomprehensible jargon to describe so little. I’ve never seen so much bloated bombast fall so flat on closer inspection. And I’ve never seen so many people searching so hard for a problem to go with their solution.” Tough talk. In answer to his question about whether or not blockchain technology is revolutionary, he writes, “At its core, blockchain is a glorified spreadsheet (think: Excel with one table). In other words, a new way to store data.” He reluctantly adds, “In traditional databases there’s usually one person who’s in charge, who decides who can access and input data, who can edit and remove it. That’s different in a blockchain. Nobody’s in charge, and you can’t change or delete anything, only view and input data.”

In answer to his question about what problems does blockchain solve, he writes, “The first, best-known — and practically only — use of blockchain technology is bitcoin, the digital currency that allows you to transfer money from A to B without the involvement of a bank.” He goes on to explain why he has such a dim view of the technology. He writes, “There’s a huge gap between promise and reality. It seems that blockchain sounds best in a PowerPoint slide. Most blockchain projects don’t make it past a press release, an inventory by Bloomberg showed. The Honduran land registry was going to use blockchain. That plan has been shelved. The Nasdaq was also going to do something with blockchain. Not happening. The Dutch Central Bank then? Nope. Out of over 86,000 blockchain projects that had been launched, 92% had been abandoned by the end of 2017, according to consultancy firm Deloitte.” You have to admit that is a jaw-dropping statistic.

Frederik points out a few of the challenges blockchain solutions face. “Firstly,” he writes, “the technology is at loggerheads with European privacy legislation, specifically the right to be forgotten. Once something is in the blockchain, it cannot be removed. For instance, hundreds of links to child abuse material and revenge porn were placed in the bitcoin blockchain by malicious users. It’s impossible to remove those. Also, in a blockchain you aren’t anonymous, but ‘pseudonymous’: your identity is linked to a number, and if someone can link your name to that number, you’re screwed. Everything you got up to on that blockchain is visible to everyone. … The fact that no one is in charge and nothing can be modified also means that mistakes cannot be corrected.” Other challenges include the fact that all users must agree to use identical protocols, which makes changing protocols difficult. If companies have to use more than one blockchain for its transactions, things can get very complicated.

On the positive side, Dmytro Spilka (@spilkadi), CEO at Solvid, writes, “One of the main uses of blockchain technology has been data protection. The technology is currently being used in different industries to collect vital data and information, and there is no surprise in saying that it will continue this way. When considering storing huge amounts of data in a secure environment, it is impossible to think of a current technology which can match up to the characteristics of blockchain technology. Moreover, there doesn’t seem to be any limit to the type of data that the blockchain technology platform can be controlled on, and this is what makes it so popular.”[3] He goes on to predict that curtailing the sale of fake goods and promoting sustainability in supply chains will be the catalysts for future blockchain use. He writes, “The amount of fake products that are currently in circulation on the market is frightening. Blockchain technology, the savior, has the capability to expose fake products in ways that no other technology has been able to do before, keeping consumers safe from the danger of using and buying fake, counterfeit products. Blockchain also has the ability to increase thoughts on the sustainability of products and materials, when considering ethical business practices and sourcing items. Blockchain can help business owners and customers understand where their materials are coming from as more and more emphasis is placed on sustainability.”

Is blockchain technology good or good for nothing? The answer to that question often depends on the problem being addressed. Food admits, “Blockchain is not a cure-all, as it has a long way to go yet. Leaders need to address many matters before using this tool on a broader degree.” If current challenges can be overcome, Ford predicts, blockchain technology “can transform the international trade process drastically in coming years.” Frederik is not so sure. On the bright side, Frederik says all the attention given to blockchain has also shown a light on the numerous, boring processes that make the world work. He concludes, “It took a few wild, unmet promises, but the result is that administrators are now interested in the boring subjects that help make the world run a bit more efficiently — nothing spectacular, just a bit better.” And that’s a good thing. Although there may be more smoke than fire right now, I do believe blockchain will go from smoldering to fully enflamed in the years ahead.

Footnotes
[1] Dave Food, “No technology wakens up so much debate as Blockchain does,” Prophetic Technology Blog, 30 November 2020.
[2] Jesse Frederik, “Blockchain, the amazing solution for almost nothing,” The Correspondent, 21 August 2020.
[3] Dmytro Spilka, “A look at how blockchain technology is taking over the world by storm,” Datafloq, 20 November 2020.