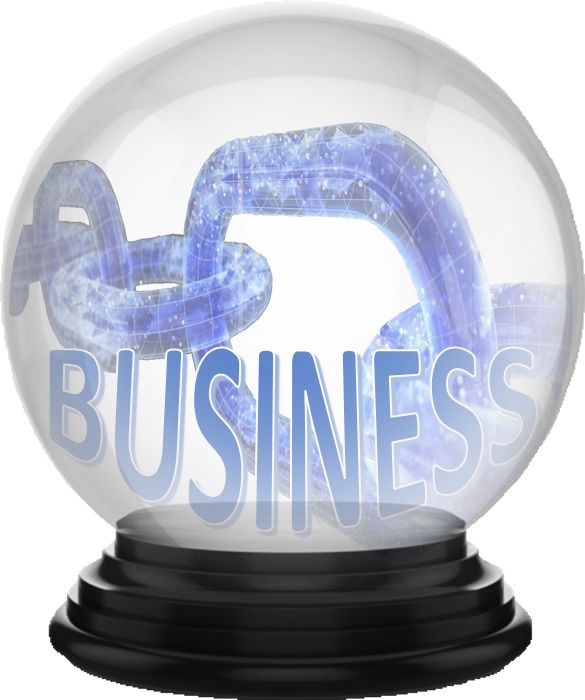 Blockchain and the Future of Business

Blockchain is an enigma. The technology can simplify business transactions but it can also be difficult to use. “There’s no question that blockchain technology has enormous potential,” writes Preethi Kasireddy (@iam_preethi), Founder and CEO of TruStory. “Decentralized exchanges, prediction markets, and asset management platforms are just a few of the exciting applications being explored by blockchain developers.”[1] Unfortunately, whenever someone uses the word “potential” you know there are challenges or problems lying in the way of reaching that potential. That is certainly true for blockchain. Kasireddy explains, “Blockchains have several major technical barriers that make them impractical for mainstream use today.” I should point out she is specifically referring to public blockchains rather than private blockchains and I’ll discuss the difference shortly. The challenges pointed out by Kasireddy include: Limited scalability; limited privacy; lack of formal contract verification; storage constraints; unsustainable consensus mechanisms; lack of governance and standards; inadequate tooling; and, potentially, a quantum computing threat. Despite the numerous challenges facing blockchain implementation, Helen Partz reports a survey conducted by identity management firm Okta found, “61 percent of high-profile digital companies worldwide are investing in blockchain.”[2] I suspect most of that investment money is going into private blockchain technologies.

Public and private blockchains have some similarities. Praveen Jayachandran (@praveenjayach), a Research Scientist at IBM Research, explains, “Both are decentralized peer-to-peer networks, where each participant maintains a replica of a shared append-only ledger of digitally signed transactions. Both maintain the replicas in sync through a protocol referred to as consensus. Both provide certain guarantees on the immutability of the ledger, even when some participants are faulty or malicious.”[3] He adds:

Unless a company purchases new technologies just because it likes experimenting with them, a business case for purchasing a new technology is generally required. According to Raj Sharma, Co-founder and CEO of Health Wizz, some people are having trouble coming up with a business case for blockchain. He explains, “Consultants and enterprises keep fumbling around for a [blockchain] business case.”[5] His primary argument against blockchain adoption is along the lines of “if it ain’t broke don’t fix it.” He explains:

“Despite all the technological advantages it offers, in its purest form, blockchain may not have a place within the confines of an enterprise. Most enterprises today already have a digital record and signature for every internal process, task and payment that can be identified, validated and stored by their own staff, lawyers, bankers and accountants. The company’s employees and service providers use existing digital technologies and databases to perform these internal tasks rather efficiently. A hybrid version of blockchain implemented with the sole objective of decentralization is most likely to face an uphill battle when trying to improve on existing tasks and processes that already work well.”

Osborne Clarke lawyers differ with Sharma’s conclusion and assert private blockchain ledgers are already proving their value to businesses. They assert, “Commercial applications of blockchain technology are best suited to ‘track and trace’ type functions.” They add, “Blockchain is not necessarily a good way to transfer data but it is a very good way to share information about data. Supply chain applications, for example, are very well suited. In the pharmaceutical industry, blockchain is being used for drug traceability, where it is already proving hugely beneficial in dealing with returned drugs. … [Additionally,] blockchain systems are most effective when they involve multiple parties. The decentralization and inherent ‘trustlessness’ of the technology can make it a very effective way for competitors to interact.”

Because blockchain is particularly useful for track-and-trace activities, it should find a natural home in the supply chain arena. Matt Tillman (@mtillman), CEO of Haven, explains, “Many companies in the supply chain management and trade finance industries are increasingly intrigued by the potential of blockchain to help improve supply chain visibility and transparency, to reduce transaction costs, and to enhance trust between supply chain partners. The potential is enormous, but as with any new technology, it’s important to fully understand which business problems blockchain solves — and which it doesn’t.”[6] Even after you have determined which problems are best suited for a blockchain solution, Tillman stresses you need to make sure all stakeholders involved in those problems are ready to jump on the blockchain bandwagon with you.

Tillman concludes, “Blockchains many benefits give it the potential to become the industry standard for many sectors in the future. When it comes to implementation, however, the devil is in the details, which means that the promise of transparent supply chains is probably a little bit further off than the hype surrounding this exciting technology would suggest.” The Osborne Clarke lawyers agree with Tillman that we remain in the early stages of discovering the best uses for blockchain. They write, “In five years’ time, [there will be] wider understanding of its potential.” When the technology is better understood, they explain, “There will be flagship commercial blockchain systems in everyday use, driving wider adoption; and the technology will have become easier, quicker and cheaper to deploy.”