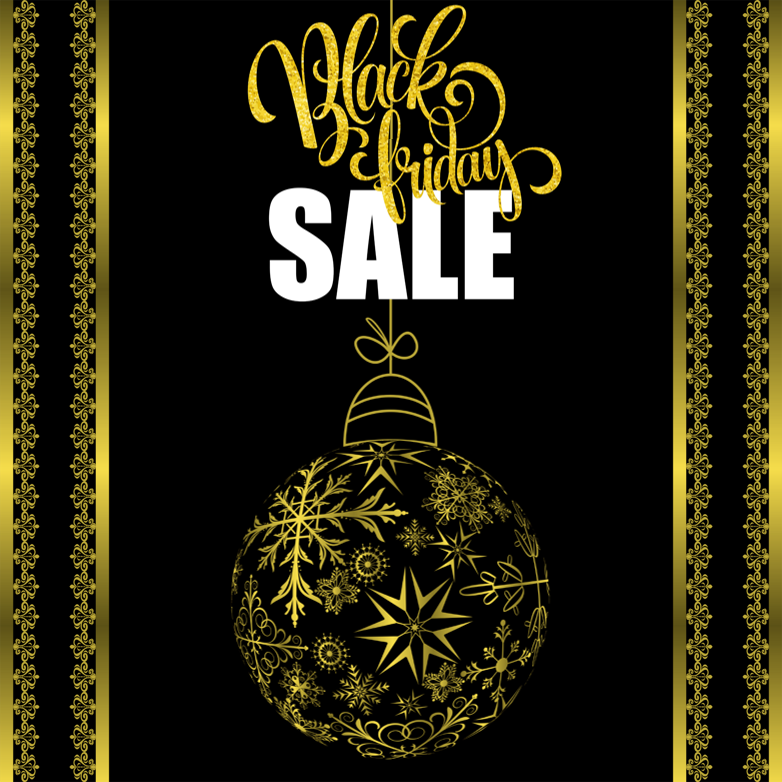 Although holiday shopping for many people began before Halloween, Black Friday marks the unofficial start of the holiday shopping season. Many retailers rely on brisk holiday sales to make their year profitable. Daphne Howland (@daphnehowland), writes, “Holiday traditions of any kind are hard to shake, their constancy underpinned by the comfort and security that comes from fulfilled expectations. But retail’s foremost holiday tradition seemed endangered just a few years ago, as the rise of e-commerce (with its own Cyber Monday event) and the retail apocalypse threatened to make shopping at stores obsolete. Long lines at stores that, in some cases, devolved into chaos helped give Black Friday a black eye.”[1] Corinne Ruff (@corinnesusan) adds, “Over the years, Black Friday (the day itself as well as the surrounding promotional days or even weeks) has become one of retail’s premier battlegrounds, especially between big-box retailers and mass merchants.”[2] Last year, the opening weekend of holiday shopping (which begins Thanksgiving Day) saw over 165 million people in retail stores.

This year’s holiday sales are particularly critical for some retailers. Kaarin Vembar (@truetostyle), from Retail Dive, reports, “The importance of retail’s performance in the coming months can determine a company’s trajectory in a year where the industry has taken some big punches. Retailers have closed nearly 7,300 stores thus far, more than any other full year, according to research from accounting and consulting firm BDO. Retail Dive also recently discovered that 28 retailers are facing bankruptcy in the next year. The stakes are high.”[2] There is some good news. According to Accenture’s 13th Annual Holiday Shopping Survey, “The vast majority of U.S. consumers plan to spend at least as much this year on holiday gifts as they did last year and will be turning to stores for holiday gift inspiration. … The study also found a growing trend of ‘responsible retail,’ with shoppers more concerned about the environmental and social impact of their purchases.”[4]

One steady trend that has marked the past few holiday shopping seasons is that foot traffic in brick-and-mortar stores is down and cyber sales are up. As a result, analysts are starting to question the importance of Black Friday. Eddie Yoon asserts, “Black Friday’s best days are behind it.”[5] Even though Yoon’s assertion may be true, it doesn’t mean Black Friday doesn’t matter. Howland writes, “Black Friday may not be the make-it-or-break-it day for retailers that it once was, but it remains the informal launch of what remains their most important shopping period.” As noted above, one trend diminishing the importance of Black Friday is the rise of e-commerce and the digital path to purchase. A second trend diminishing Black Friday’s impact is the rise of year-around spending. Consumers have become much more likely to buy things when they need or want them than waiting for the holiday shopping season to spend their money. Retailers are encouraging this behavior because they can target their best customers with promotions at times when they aren’t competing with the promotions of every other retailer.

Black Friday is traditionally associated with early holiday shoppers crowding brick-and-mortar stores to take advantage of sales. The rise of e-commerce means retailers must now embrace omnichannel strategies offering consumers multiple ways to purchase and receive products. Online and in-store sales needs to be harmonized to avoid angering and losing consumers. Enticing shoppers into physical stores now requires giving them a great customer experience. Howland observes, “Having four walls and well-stocked shelves is hardly the name of the game in retail anymore, and most have received the message. Stores need to be neat and tidy and well-stocked as always, but must also ensure that the goods, layout, signage and, perhaps most important, the humans working inside are in sync with their customers. That means employing data from customers to know what to sell, and to rethink stores as distribution points for experiences more than for products.”

Making the most of Black Friday

More than anything else, shoppers out and about on Black Friday are looking for deals. Sucharita Kodali, principal analyst of e-business and channel strategy at Forrester, states, “Promote sales, promote sales, promote sales. It’s the number one thing that shoppers look for during the holidays.”[6] And consumers are looking for deals both online and in stores. That means both physical and virtual channels need to be ready for the onslaught. Vembar notes some retailers have experienced glitches and slowdowns with their websites during the long Thanksgiving weekend. The inevitable result of poor website performance is lost sales.

Another trend impacting physical stores is inventory management. Many shoppers can’t wait to get their hands on the products they buy — even if they buy them online. Consumer desire for instant gratification has made buy online, pick-up in store (BOPIS) an increasingly attractive option. This means physical stores must carry increased inventory for sales items purchased online but picked up in the store. Out-of-stock scenarios are never good. In the years ahead, big data and cognitive technologies, leveraged by solutions like the Enterra Intelligent Inventory Management System™, will help retailers deal with challenges like BOPIS-related inventory.

Another challenge retailers, both virtual and physical, must deal with is returns. Holiday gift returning is a tradition almost as old as holiday gift giving. Vembar notes, “Returns continue to be a pain point when it comes to both margins and logistics, specifically around the holiday season.” Almost two-thirds of consumers were estimated to have returned some items following last year’s holiday season. Retailers making the returns process painless have a leg up in gaining customer loyalty.

As Howland noted earlier, physical retailers need to figure out how to provide experiences for customers visiting their stores. Meaningful experiences keep customers in stores and shopping. Allen Adamson, a marketing professor at New York University’s Stern School of Business, told Vembar, “The big macro trend that retailers are struggling to get is the insight that shopping online is impersonal. No matter how smart the algorithm is. It’s a solitary, non-emotional experience. Retail has to win in an area that online can’t win, which is to make it more emotional, make it more personal. It still comes out of the basics. When you go to a store, you want to be treated personally. You want them to … do something special just for you. … You need to offer them [the option] if they want to pick it up in store. But, give them something special for picking it up in store, like extra gift wrapping. They have to look for ways to differentiate, not just be just like Amazon.”

The Accenture study mentioned above concluded, “The number of respondents who said they’re less inclined to shop on Black Friday or Thanksgiving than they were a few years ago increased this year, from 50% to 55% for Black Friday and from 51% to 58% for Thanksgiving. The reasons cited most often for this were avoiding the crowds competing to get the best bargains, spending the holiday with their family, and being able to get equally good discounts on other days.” The good news, according to Vembar, is that Generation Z, the youngest generation of consumers, may halt that trend. She explains, “Gen Z in particular still wants a brick-and-mortar shopping experience, with 55% reporting that they will do a majority of their holiday shopping in physical stores.” In other words, it’s too early to give up on the importance of Black Friday.