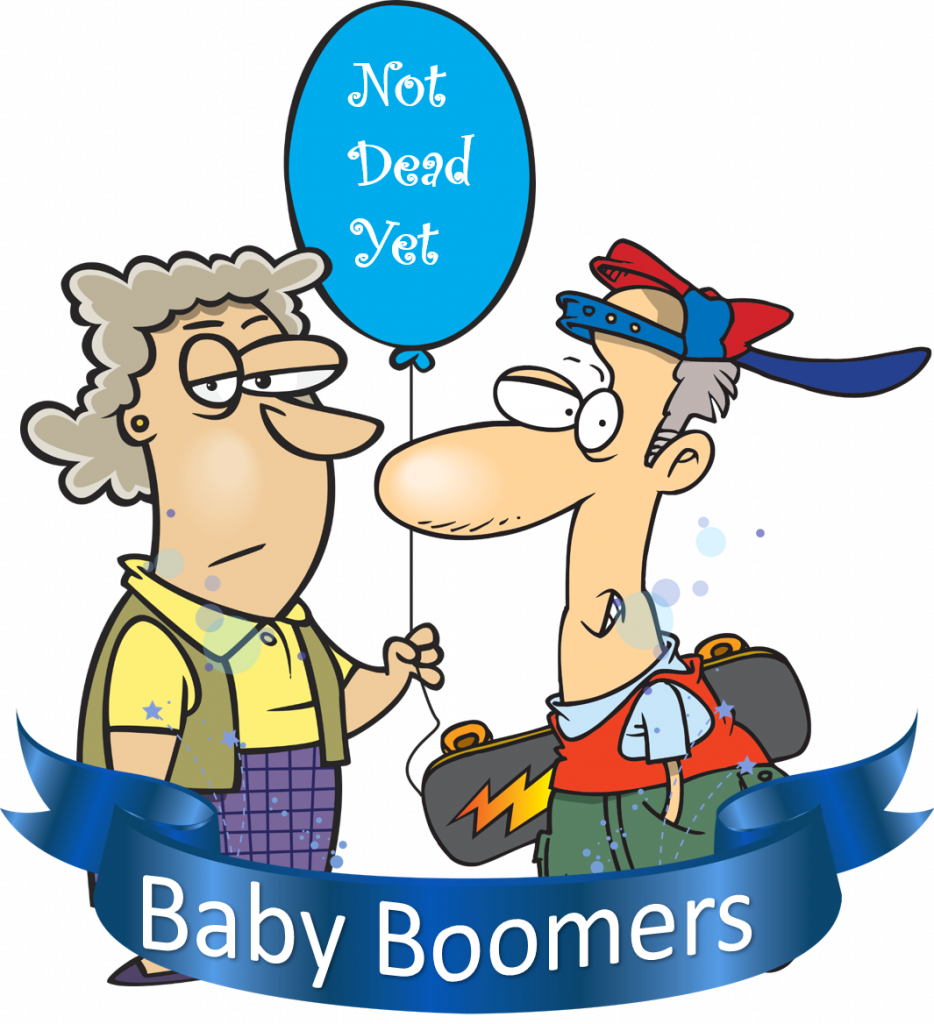 Most current articles about targeted marketing focus on landing millennial (aka Generation Y) consumers and some articles even looking further into the future to discuss how to land Generation Z consumers. Although looking to the future is generally a wise move, Molly Wood (@mollywood) reminds us that Baby Boomers should not be overlooked. Baby Boomers may be aging — and, therefore, may be a market with an expiration date — they nevertheless still have access to a lot of spending money. She explains, “Although it sometimes seems like the tech industry revolves around millennials, numbers suggest that the startup market with the most potential is a few generations senior. There are an estimated 74.9 million baby boomers, according to the Pew Research Center, and there will be an additional 53 million people over 50 in the next 20 years. With that in mind, AARP says that Americans over 50 represent the third largest economy in the world making them the biggest market opportunity for start-ups. The over-50 demographic, or the longevity market, whose annual economic activity currently amounts to $7.6 trillion, according to AARP.”[1] Wood makes an interesting point that too few marketers seem to understand — namely, no matter what generation a consumer belongs to they will eventually enter the longevity market. As life expectancies increase, the longevity market will continue to be a lucrative market. In other words, even though a particular generation — like Baby Boomers — may have an expiration date, the longevity market doesn’t.

Jami Oetting (@jamioetting) calls Baby Boomers “the ignored generation,” and she agrees with Wood that ignoring Boomers is a bad idea. She explains, “The marketing industry is obsessed with millennials: what they want, how they think, how they buy, and ultimately, how to ‘engage’ with them. Yet, while an important and influential consumer demographic, they have no where near the buying power of their seniors: the baby boomers.”[2] One of the reasons that Boomers may be being ignored by marketers is because they are not considered digital natives — and the digital path to purchase represents the future. But, Pamela Lockard (@plockard), CEO and Founder of DMN3, reports, “Today’s Baby Boomers are more connected than ever before. They are using social media, search engines, smartphones and other digital devices to search for information and stay in touch with family and friends.”[3] Vint Cerf, a technology evangelist who is in his 70s and one of the early developers of the Internet, bluntly states, “We [Baby Boomers] aren’t scared of technology. We invented it!” That doesn’t mean, however, that Boomers should be lumped together with younger generations. Geoff Gross (@geoff_gross), Founder and CEO of Medical Guardian, notes, “As 75.4 million baby boomers enter retirement over the next decade, their spending power and buying habits will evolve to match a new post-career lifestyle. Adjusting marketing tactics to meet the needs of seniors is not a practice reserved solely for senior-centric industries. Whether it’s getting back-to-basics or hiring a team tailored to meet senior needs, nearly every company should be considering new ways to reach this massive market of consumers.”[4]

Steve Olenski (@steveolenski) agrees with Gross that Baby Boomers represent “a unique marketing challenge and a very distinct demographic.”[5] He notes, “They remember rotary phones, Soupy Sales, and drinking Kool-aid instead of bottled water.” He adds, “If you think ‘aged’, ‘senior’ and ‘elderly’ are effective buzzwords for baby boomers — think again. They don’t want to be reminded of their age, but of their accomplishments and of their future.” Gross would probably agree with that observation. He suggests it would be a mistake for marketers to target Boomer children assuming they are caregivers and making decisions for their Boomer parents. He also suggests that traditional advertising methods are still effective with Baby Boomers. He adds, “While boomers are more responsive to traditional marketing methods, they do not take decision making lightly. Unlike the on-demand millennial generation, baby boomers view each purchase as a commitment. Static budgets require boomers entering retirement to become wary of spending outside of their strict limits. Short-selling a product or service will not work with this audience.” Gross states that personalization is an approach that works as well with Baby Boomers as with other generations. Olenski asserts personalization may actually work better with Baby Boomers because they are fiercely loyal to brands they like.

Jody Holtzman (@jholtzman), Senior Vice President for Thought Leadership at AARP, is of the opinion that the longevity market is so large it should be considered an “economy” of its own, not a just a market segment.[6] As noted at the beginning of this article, the longevity market would, in fact, be the world’s third largest economy — behind the United States and China and ahead of Japan — if its members were citizens of a single country. Holtzman reports:

“Baby Boomers spend the most across all product categories, and it is even greater when people 67+ are included. Boomers account for consumer packaged goods sales of almost $230 billion, 49% of total sales (Nielsen). They account for roughly 45% of sales in Apparel, 43% in Personal Care, 43% in Food, 45% in Entertainment, 44% in Transportation, 42% in Housing, and 43% in Healthcare (Bureau of Labor Statistics, 2010). In fact, as Nielsen notes, ‘Boomers dominate 119 out of 123 CPG categories – that’s a staggering 94%.'”

Although those statistics may have changed over the past half-dozen years, Holtzman’s point still holds. Baby Boomers should not be ignored. Even though Baby boomers spend the most across all product categories, Holtzman reports they are targeted by just 5-10% of marketing.” Oetting has gathered some more facts about Baby Boomers that should open a few eyes. They include:

David Weigelt (@DavidWeigelt) concludes, “There is no doubt that adults 50+ will continue to be the most powerful consumers in the marketplace.”[7] Baby Boomers may have an expiration date; but, ignoring them for the next few years would be a big marketing mistake.