Attracting FDI and Creating a Brighter Future in Dubai

I’m back in the United States after a fruitful and interesting trip to the Arabian Gulf. One of the more unique moments of my journey occurred following a flight on Zagros Air from Kurdistan to Dubai. I had packed my body armor and supporting items in my checked luggage and thought no more about it. When I arrived in Dubai, I picked up my luggage, proceeded through passport control, and then had my luggage rescanned (like everybody else) before entering the terminal lounge. My trip, however, was abruptly halted at that point. I was told I would have to accompany some armed guards to the security office. There, in a scene out of the old west, I was told that I had to check my body armor at door. I was provided a private locker, secured my property, and entered the amazing city that is Dubai.

Earlier this spring, NBC’s Today show ran its annual “Where in the World is Matt Lauer?” promotion. One of the places that Lauer visited was Dubai, in the United Arab Emirates, where he strolled on its beaches, visited shopping malls, and launched golf balls off of the helicopter pad atop the world’s tallest luxury hotel — the Burj Al Arab where I also stayed. The hotel is amazing. What attracted the Today show to Dubai was the same thing that took me there – namely, its bustling economy.

In an earlier post [On Becoming a Tiger], I wrote this about Dubai:

“Approximately 20 percent of the world’s large construction cranes are at work in that city. The world’s tallest building is under construction there and there are plans for the world’s largest mall. Tourists and business people fly into Dubai landing at the world’s largest airport. Dubai’s ports are crammed with shipping containers. You can golf, ski, shop, swim, sail, and carouse. An amusement park twice the size of Disneyland and Disney World combined is also on the drawing boards. Manmade islands in fanciful shapes are rising out of the Arabian Gulf with great effort and at great cost.”

What makes Dubai’s leaders so confident in their future that they can invest this kind of money? After all, they are not overly blessed with (and, therefore, not overly dependent on) oil reserves. As I noted in my earlier post, “The secret to the Emirates’ success is vigorous investment, an educated population, great connectivity with the rest of the world, and visionary leadership (indicated by the implementation of good policy) — basically, the same strategy used by Singapore.” Dubai has learned what Singapore (and China for that matter) has learned before them – the world’s economic powers (be they countries or transnational corporations) want partners they can trust. That trust begins with the acceptance of and abidance by international rules.

Dubai’s port is also busy. You will always find goods piled on the pier waiting to be loaded on to small dhows for distribution elsewhere in the region. Many of the articles about Dubai discuss its excesses and the luxury items that are available for sale. As the picture shows, however, goods of all types are available. Business is good.

Stanley Reed, BusinessWeek’s London Bureau Chief, writes that most first time visitors to Dubai will be surprised by what they find [“Surprising Dubai,” 30 April 2007]. Once discovered, however, he notes that businesses flock there and they are eager to invest.

“Global banks are rushing to set up offices in the new Dubai International Financial Center. Corporations from Microsoft to Cisco Systems are opening regional or, in Halliburton’s case, world headquarters there. So business travelers are increasingly likely to find themselves in the garish little emirate with its clogged streets and pricey hotel rooms. A visitor will find plenty to do in Dubai after work or between meetings. Restaurants of every description abound, from the superb but low-key Lebanese eatery Al Nafoorah in the mall beneath the Jumeirah Emirates Towers hotel to the haute cuisine at Vu’s on the 50th floor. Dozens of shopping malls feature just about every name-brand store from Harvey Nichols to Louis Vuitton. Prices are good, thanks to low import duties and a currency linked to the U.S. dollar. The malls are great places to observe Dubai’s rich mix of people, from Saudi women in full black veils (though they’re not obligatory) to local youths with spiky hairdos. Dubai can be a painless introduction to what may otherwise seem a forbidding part of the world. A Muslim country, it stands out for its tolerance toward other religions. Unlike somber Iran and Saudi Arabia, Dubai allows alcohol consumption and turns a blind eye to a relatively unfettered nightclub scene.”

Dubai’s leaders are aware that much of the building boom was built on the back of foreign laborers, many of whom were maltreated and underpaid, and they are trying to address those problems. It’s just another of the standards they must adopt if its economic boom is going to continue. In another article [“Dubai Dreams Big“], Reed wrote:

“Nestled in the heart of Persian Gulf oil country, Dubai thrives more on its commercial smarts than on black gold. Long a pearling center and a haven for the region’s traders and smugglers and their wooden dhows, Dubai—where the operating credo is ‘We can do anything we imagine’—is now turning itself into a hot spot for big business and tourism.”

Much like Singapore or Shanghai, Dubai’s boom began in the financial sector. Surprisingly, the impetus for this transformation was the terrorist attacks of 11 September. Wealthy Arabs, fearing a backlash in the West, looked for a place to invest their enormous fortunes. Dubai was ready to respond. This phenomenon was discussed by Reed in another article [“As Arab Market Matures, Dubai Cashes In,” 20 March 2007]:

“A couple of years ago, the Dubai International Financial Center looked like a white elephant. Now banks have to beg for space in the imposing, gray stone and glass complex built by the Dubai government in an effort to attract financial institutions to the emirate and create a kind of Wall Street of Arabia. … Certainly those who manage businesses and governments are more likely than in the past to be familiar with sophisticated financial techniques and products. In turn, that has helped create demand for financial services such as advice on mergers and acquisitions, and initial public offerings. The region is also a huge market for project finance, and there is growing demand for mortgages and other credit products. Even U.S. private equity firms that used to pay little attention to the Middle East except as a source of funds are now starting to scope it out as a market for deals. … The Mideast has a fast-growing and demographically youthful population, which in turn helps stoke up the local economies. Even outside the oil sector, economic growth in the six member states of the Gulf Cooperation Council—which includes Saudi Arabia and most of the Gulf emirates—has been 15% per annum since 2002, says Abraaj Capital’s Naqvi.”

The buildings being constructed in Dubai are beautiful. They are also expensive to lease space in. It’s hard to believe that Dubai sits less than 900 miles from Baghdad – about the same distance as New York is from Orlando. In many ways, the UAE and Iraq are world’s apart. Yet what I have seen in Dubai is what I am trying to help achieve in Kurdistan (perhaps with less excess). Success is infectious. I believe the Kurds have both the will and staying power to make that part of Iraq a great success and I believe that success will eventually spread throughout the rest of the country. 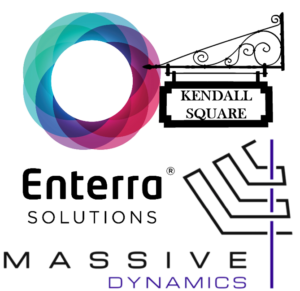