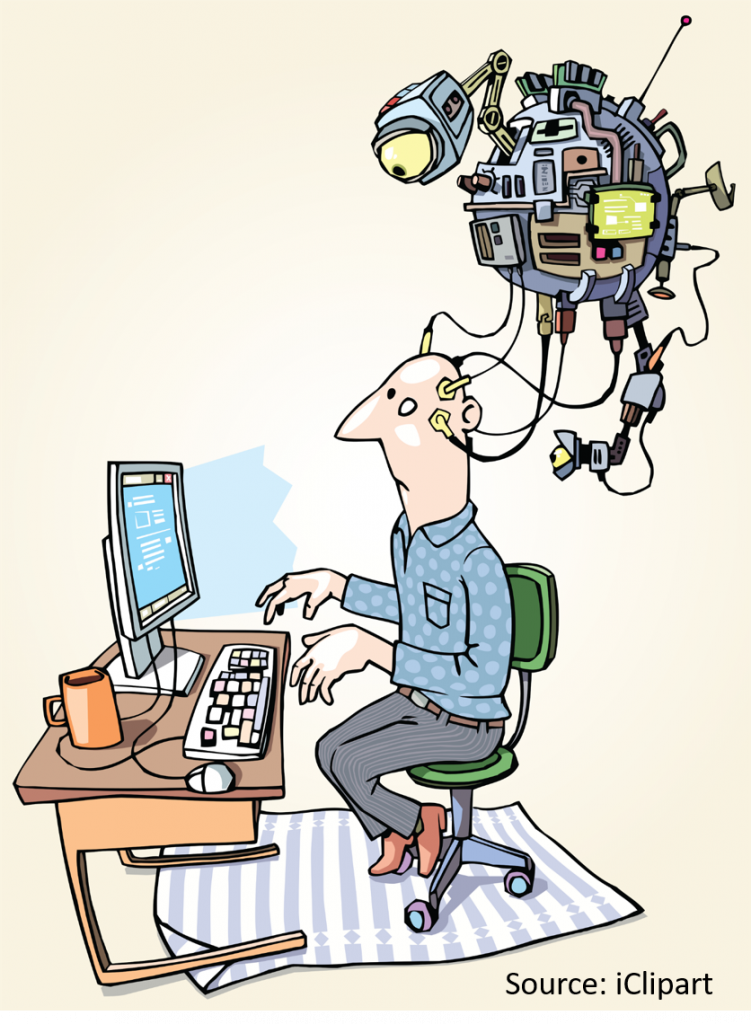 There remains a great deal of fear-mongering about artificial intelligence (AI) and some concerns are very real (e.g., autonomous weapons). For the most part, however, we are a long way from achieving the kind of artificial general intelligence that could someday decide humans are either a threat or useless. Most of the systems being designed or in use today are much more limited and are probably better thought of as augmented intelligence systems. Chris Cancialosi (@gothamCulture), founder of gothamCulture, notes, “IBM prefers the term ‘augmented intelligence’ over artificial intelligence. They believe that rather than computers taking over for humans, cognitive technology will serve a critical role in augmenting the humans it supports. This augmented intelligence will create unparalleled opportunities to draw out the full capacity and potential of the human spirit by relieving people of transactional and mundane tasks that take up so much time today.”[1]

Some pundits are not as worried about AI taking over the world as they are about AI making humans dumber. For example, Matthew Baker (@mbakerson), Vice President of Strategy with Freshbooks, writes, “We should be afraid of collective stupidity.[2] He explains, “Artificial intelligence is replacing or competing with human intelligence. It’s called cognitive offloading. We are outsourcing part of our intelligence to technology. When this happens, our own intelligence atrophies. If this plays out over several generations, some foundational intelligence will be lost for most humans.” Baker is not alone in his concerns. Rupali Raghavan (@Rupali_Raghavan), CEO and founder of Sairoop Technologies, rhetorically asks, “Software simply augments our abilities, right?”[3] From her perspective, “It seems that is not necessarily the case. It is oft-documented that a general reliance upon the various appliances within our lives can cause a reduction in capability. … While AI promises society so much, we must be quite mindful of the quiet cost of it all. Today’s AI signifies a brave new world of concentration and consternation. Our society, which originally wrought technology to help serve people, increasingly finds itself being subservient.” We would be unwise to ignore such concerns; but, many more people believe AI will make us smarter and more creative rather than dumber and less capable.

The view offered by Rob Bromage, founder and managing director of intelliHR, is representative of those who believe AI will play an important augmentation role in the years ahead. Intelligence augmentation (IA), he notes “plays more of an assistive role by leveraging AI to enhance human intelligence, rather than replace it. … With IA, the machine is not making a decision and doing something about it without consulting you; the machine is just saying ‘Hey, take a look at this; I think it’s important and so you should pay attention to this.’ That’s the whole concept of the augmentation: it’s enhancing not replacing.”[4] Like any technology augmented intelligence (or intelligence augmentation) platforms need to be designed for the role they are intended to play. Leslie D’Monte (@ldmonte) reports, Murali Doraiswamy, a professor at Duke University, wrote an opinion piece for the World Economic Forum in which he argues systems that assist rather than replace humans are important for the future.[5] D’Monte goes on to note:

“This characteristic, insists Prof. Doraiswamy, may ensure that IA will make more ‘progress and headlines’ than AI. He adds that combining machine learning with the existing power of the human brain can help us get the best of both worlds. … IBM calls this approach ‘cognitive computing’, defining it as a comprehensive set of capabilities based on technologies such as machine learning, reasoning and decision technologies; language, speech and vision technologies; human-interface technologies; distributed and high-performance computing; and new computing architectures and devices.”

I agree cognitive computing is an intelligence augmentation approach. I define cognitive computing as the combination of semantic intelligence (machine learning, natural language processing, and ontologies) and computation intelligence (advanced mathematics). Cognitive systems can deal with ambiguous situations and the insights provided to decision makers are generally not presented as black or white answers. In the foreword to Satya Nadella’s book, Hit Refresh: The Quest to Rediscover Microsoft’s Soul and Imagine a Better Future for Everyone, Bill Gates wrote, “AI is on the verge of making our lives more productive and creative.” Dr. Anna Powers, an advisor, consultant and an award winning scientist, writes, “The key takeaway is that more and more industries will be leveraging the power of AI, which may lead to a reduced workforce in the areas of the workforce that require repetitive tasks. [As a result], the world will need more creativity in all endeavors, even in regards to implementing and leveraging AI technology creatively.”[6]

In an interesting twist on the subject of intelligence augmentation, D’Monte predicts humans will eventually be augmented with computer chips and brain-computer interfaces (BCI). He explains, “In the debate over what is more important — IA or AI — it is important to realize that humans are not really being left behind. As computers become more and more intelligent, humans will evolve in parallel with the help of embedded intelligent chips and BCIs.” I’m not sure how ubiquitous implanted chips and BCI systems will become; but, I’m pretty certain cognitive technologies will become widely used in the business world to augment human intelligence.