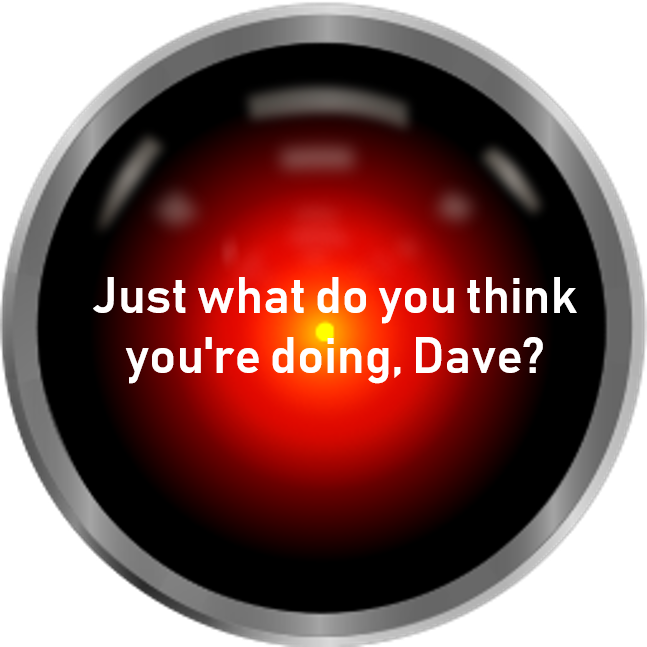 Artificial Intelligence in the Business World

In the science fiction television series Star Trek, crew members were often heard asking the spaceship’s on-board computer to provide them with information needed to make decisions in critical situations. For example, Captain Kirk might have asked, “Computer, where is the closest star base?” Unlike the infamous Hal 9000 in 2001: A Space Odyssey, the starship Enterprise’s computer was primarily used to augment human decision-making. That depiction of artificial intelligence (AI) is much closer to today’s reality than how many movies depict AI (i.e., systems plotting to destroy humankind). For the most part, today’s AI systems are designed to help address specific business challenges and business leaders are finding them almost as helpful as Captain Kirk found his computer. As a result, International Data Corporation (IDC) estimates global spending on artificial intelligence will reach $35.8 billion this year, up 44% over last year, with retail and banking leading the way.[1] According to IDC, “The AI market shows no sign of slowing down, with AI spending projected to more than double to $79.2 billion by 2022, a compound annual growth rate of 38%.”

Despite handsome spending on AI systems, another IDC survey found only 25 percent of the organizations already using artificial intelligence “have developed an enterprise-wide AI strategy.”[2] The survey nevertheless found, “Half the organizations surveyed see AI as a priority and two thirds are emphasizing an ‘AI First’ culture.” According Ritu Jyoti (@RituJyoti), IDC’s Vice President for Artificial Intelligence, Market Research & Advisory Services, putting an AI strategy in place will help enterprises secure benefits associated with AI implementation. She explains, “Organizations that embrace AI will drive better customer engagements and have accelerated rates of innovation, higher competitiveness, higher margins, and productive employees. Organizations worldwide must evaluate their vision and transform their people, processes, technology, and data readiness to unleash the power of AI and thrive in the digital era.” According to IDC, “The primary drivers behind these organizations’ AI initiatives were to improve productivity, business agility, and customer satisfaction via automation.”

How AI can change businesses

Author Tim Harford (@TimHarford) notes, “Being cheap can change the world.”[3] He points to electricity as a breakthrough that changed the world. It took the Industrial Revolution to the next level. It also changed peoples’ lives. He continues, “Consider barbed wire (cheap fencing), the shipping container (cheap logistics), or the digital spreadsheet (cheap arithmetic). Ikea gave us cheap furniture, and the same principles of simple modular assembly are giving us cheaper solar panels, too. My favorite example is paper: the Gutenberg press radically reduced the cost of producing writing, but it was of little use without an accompanying fall in the cost of a writing surface. Compared to papyrus, parchment or silk, one of paper’s most important properties was that it cost very little.” Businesses are always looking for ways to cut costs. AI can help them do that in a surprising way — by making insights and predictions cheaper.

Three professors from the University of Toronto’s Rotman School of Management, Ajay Agrawal, Joshua Gans (@joshgans), and Avi Goldfarb (@avicgoldfarb), make the profound observation that technology’s primary value is making things cheaper. “Technological revolutions,” they write, “tend to involve some important activity becoming cheap.”[4] In the Information Age, cognitive technologies are making answers cheap. Kevin Kelly (@kevin2kelly), founding Executive Editor of Wired magazine, notes, “While answers become cheap, our questions become valuable. This is the inverse of the situation for the past millennia, when it was easier to ask a question than to answer it.”[5]

Former IBM executive Irving Wladawsky-Berger writes, “After decades of promise and hype, artificial intelligence seems to have finally arrived, driven by the explosive growth of big data, inexpensive computing power and storage, and advanced algorithms like machine learning that enable us to analyze and extract insights from all that data.”[6] Commenting on the work by Agrawal, Gans, and Goldfarb, he asks, “What are the key implications of significant reductions in the costs of predictions?” His answer, “First of all, it will lower the costs and improve the quality of goods and services that already rely on prediction, such as weather forecasts and personalized marketing. … Predictions will continue to improve. As data availability expands, predictions become more valuable and can be applied to a wider variety of tasks. At the same time, our understanding of human judgments will also improve.” He cites Agrawal and his colleagues: “Judgment is the ability to make considered decisions — to understand the impact different actions will have on outcomes in light of predictions. Tasks where the desired outcome can be easily described and there is limited need for human judgment are generally easier to automate. For other tasks, describing a precise outcome can be more difficult, particularly when the desired outcome resides in the minds of humans and cannot be translated into something a machine can understand.” Hence, like the computer on the starship Enterprise, AI augments human judgment and decision-making.

Bain analysts, Michael C. Mankins and Lori Sherer (@lorisherer), assert if you can improve a company’s decision making you can dramatically improve its bottom line. They explain, “The best way to understand any company’s operations is to view them as a series of decisions.”[7] They add, “We know from extensive research that decisions matter — a lot. Companies that make better decisions, make them faster and execute them more effectively than rivals nearly always turn in better financial performance. Not surprisingly, companies that employ advanced analytics to improve decision making and execution have the results to show for it.”

Bas de Vos, Director of think tank IFS Labs, writes, “Artificial intelligence is typically depicted as either the end of the world as we know it, with robots taking all of our jobs, or the ultimate solution to all of our problems. Either way It’s ironic that such a complex technology provokes such a binary response, because as anyone who actually works with AI will tell you, the truth is both less dramatic yet more relevant to the here and now.”[8] He suggests AI will initially have its greatest impact on businesses in three areas: Decision support; equipment maintenance and service; and help desks and contact centers. In each case, AI should be perceived as a way to augment human decision making. As we gain more experience with AI, the use cases for the technology will blossom into a veritable field of possibilities. Nevertheless, it will be a long before you hear a HAL 9000-like computer tell you, “Look Dave, I can see you’re really upset about this. I honestly think you ought to sit down calmly, take a stress pill, and think things over.”