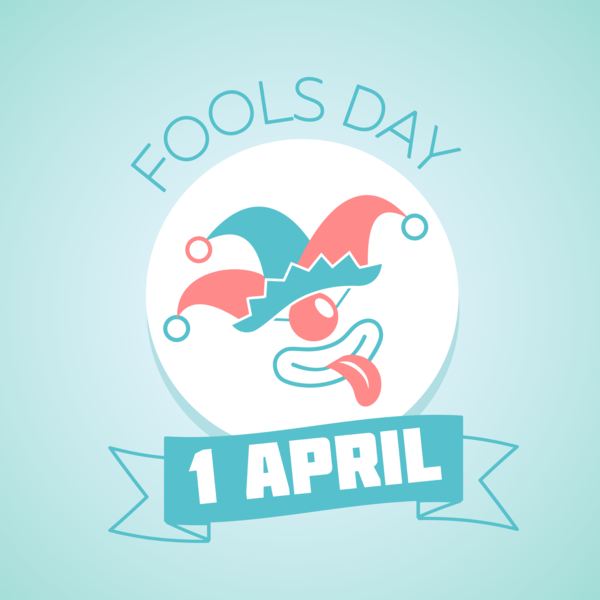 Admit it, pulling off good pranks while practicing social distancing is hard. Even finding well-written April Fool’s Day stories (aka fake news) may prove difficult. Even so, caution is always the best-course to take on this unofficial holiday. After all, nobody wants to be the “fool” for which the day is named. Tradition claims April Fools’ Day began in the sixteenth century when the Julian calendar replaced the Gregorian calendar. Individuals who forgot the change and celebrated New Year’s on April 1st (the first day of the year on the Gregorian calendar) were teased as “April fools.” David Mikkelson (@davidpmikkelson), founder of the fact-checking web site Snopes, rates this claim as a legend.[1] He writes, “How the custom of pranking on April 1 came about remains shrouded in mystery.”[1] He goes on to note, “Some think to tie in with the Romans’ end-of-winter celebration, Hilaria, and the end of the Celtic new year festival.” According to Wikipedia, “The Hilaria (Latin ‘the cheerful ones’, a term derived from the borrowed adjective Ancient Greek: ἱλαρός ‘cheerful, merry’) were ancient Roman religious festivals celebrated on the March equinox to honor Cybele.”[2] Those celebrations are also where we derive the term “hilarious.” Pranksters find their actions hilarious; victimized “fools” not so much. However, Mikkelson explains, “Those who fail to respond with good humor to tricks played upon them are said to attract bad luck to themselves.” He also warns pranksters to beware: “Superstition has it that the pranking period expires at noon on the 1st of April and any jokes attempted after that time will call bad luck down onto the head of the perpetrator.”

Some pranksters take their efforts seriously. Take, for instance, satirist Jonathan Swift, author of “Gulliver’s Tales.” According to Becky Little (@MsBeckyLittle), “Swift decided to play a very elaborate All Fools’ Day prank on John Partridge, a famous astrologer who sold bogus predictions to the public in almanacs. After Partridge predicted in his 1708 almanac that a fever would sweep London in early April, Swift published an almanac under a fake name predicting that on March 29 at 11 p.m., Partridge would die ‘of a raging fever.’ The public was intrigued, but Partridge was irate, and he published a rebuttal to Swift’s almanac calling its author a fraud. Then, on the night of March 29, Swift published an elegy (again, under a fake name) announcing that Partridge — a ‘cobbler, Starmonger and Quack’ — had died, and admitted on his deathbed that he was a fraud. News of Partridge’s death spread over the next couple of days, so that when Partridge walked down the street on April 1, people stared at him in surprise and confusion. Partridge angrily published a pamphlet saying he was alive, and Swift again publicly asserted that Partridge was dead, and claimed Partridge’s pamphlet was written by someone else. The whole escapade helped to discredit Partridge, who eventually stopped publishing almanacs.”[2]

You’ve heard the phrase, “He has too much time on his hands.” Apparently that was the case in 1749 when “British noblemen, the Duke of Portland and the Earl of Chesterfield, were discussing the gullibility of the public. They decided to test its credulity by designing a test. The Duke bet the Earl that if he advertised that an impossible feat would be performed — a man jumping into a quart bottle — they would still ‘find fools enough in London to fill a playhouse and pay handsomely for the privilege of being there.’ The Earl accepted the bet.”[3] The Duke placed the ad and, on the appointed day, the theater filled with fools. When they realized they had been duped, “The frustrated audience began ripping up the theater, tearing up seats and benches. People rushed to leave, abandoning their hats and wigs in the panic. Everything portable in the theater was hauled outside and thrown onto a bonfire. The box-receipts were stolen.” Needless to say, “The Duke and the Earl, lay low. It was not until years later that their secret leaked out.”

Staying in the United Kingdom, Little points to the great spaghetti harvest hoax perpetrated by the BBC on April 1st 1957. The following story was shown during a serious news broadcast.

According to Little, “Some viewers were upset the BBC had aired a fictional segment during a serious news program. But other viewers reportedly asked about how they could grow their own spaghetti at home.”

Companies have also joined the prankster game. In 1996, Taco Bell advertised it had purchased the Liberty Bell to help reduce the national debt. 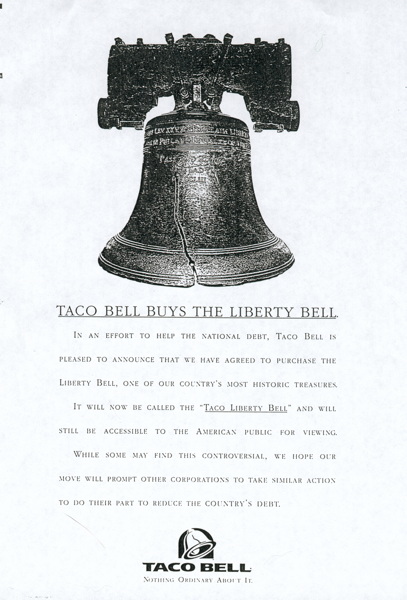 In 1998, Burger King took out a full-page ad in USA Today announcing the introduction of a Left-Handed Whopper. Not to be outdone, in 2015 Cottonelle tweeted it was introducing toilet paper for southpaws. 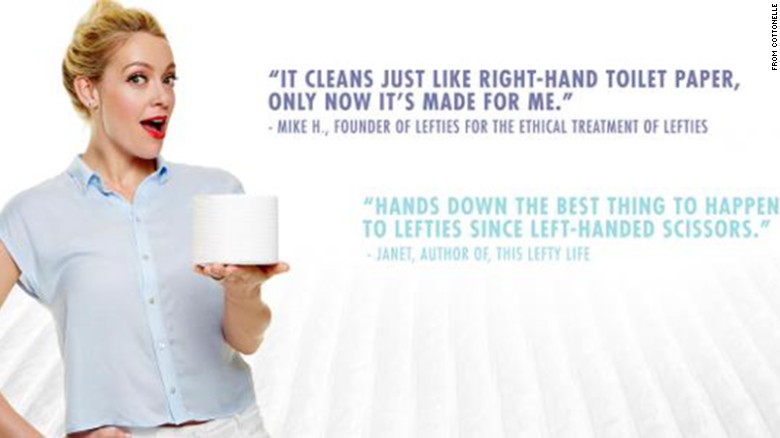 Since so many people are hoarding toilet paper during the Covid-19 outbreak, maybe it’s time to re-introduce the left-handed roll to relieve the strain being placed on traditional right-handed rolls of toilet paper!

Social distancing may not permit you to pull many, if any, pranks this year; however, it might not be necessary. Watch this little girl learn that the coronavirus pandemic has closed all her favorite fast food places (click on the “Watch full video” link then on the center of the video).

Hopefully, we can all maintain our ability to laugh and find some happiness during this dire time. Don’t be a fool. Keep safe on this All Fools Day. 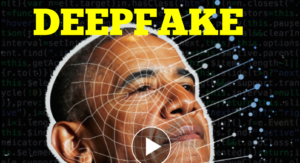